How the Triumph of LGBTQ+ Activism Has Negatively Impacted the Church 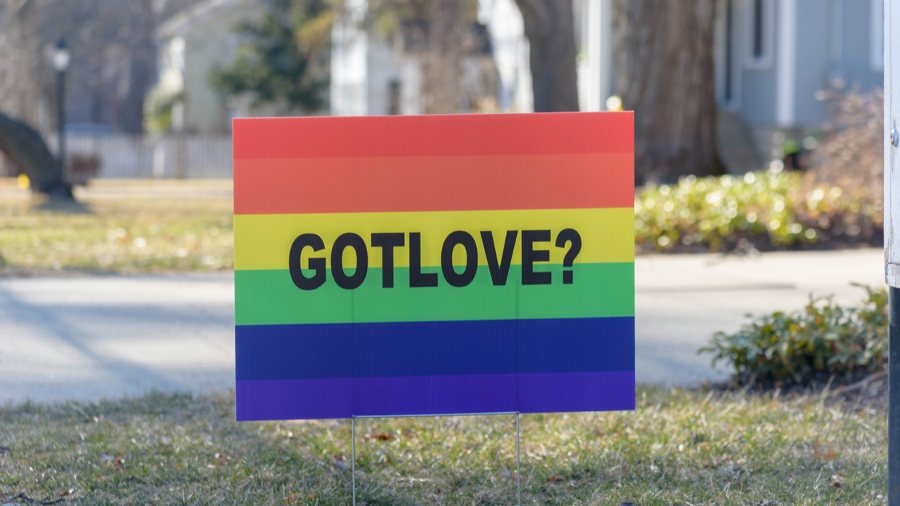 American culture has changed dramatically in the last 30 years. Before that time, Christianity was generally respected by the society while homosexuality was disdained. Today, the tables have turned to the point that almost anything LGBTQ+ is celebrated while the Church is largely denigrated. In short, if gay is good, the Church is bad. This is another reason why many have left the Church, especially among the younger generation.

Gallup first began polling American views on this in 1996, at which point 27% of the public supported legalizing same-sex unions. In 2022, the number rose to 72%.

This is an unprecedented shift in public opinion. But it is not surprising in light of the fact that: 1) so many Americans have friends, relatives, or loved ones who identify as gay; 2) President Obama endorsed gay “marriage” in 2012; 3) the Supreme Court redefined marriage in 2015; 4) the media has been bombarding us with gay-positive stories for the last few decades.

In the past, being pro-Christian and pro-natural marriage meant swimming with the tide. Today, it is the exact opposite.

And what, according to Gallup, is the one group of people still opposing same-sex “marriage”? It is “Americans who report that they attend church weekly” who “remain the primary demographic holdout against gay marriage, with 40% in favor and 58% opposed.”

We are now the bad guys, the opposition, the ones standing in the way of progress, the small-minded, Bible-thumping bigots, the people who say Yes to religion and No to love.

That is how much of the world perceives us today, especially the younger generation which has grown up in a very different world than did previous generations.

Today, Christians and Christian beliefs are openly mocked and ridiculed, while day in and day out, we hear about gay and lesbian and bi and trans pride, sometimes for weeks on end, almost wherever we turn — especially in June!

The Tides Have Changed

Back in 1997, there was lots of controversy when Ellen Degeneres, playing a TV character named Ellen, came out as lesbian, first as the character and then in real life. Ellen? Really? Today, you would be hard pressed to find a major TV show that doesn’t have an LGBTQ+ character, while Ellen herself reigned for years as queen of daytime TV.

Even cartoons and children’s shows feature LGBTQ+ characters and themes, while the number of gay or bi or trans superheroes grows every year. Talk about a massive cultural shift. America has never seen anything like it before.

In the past, being pro-Christian and pro-natural marriage meant swimming with the tide. Today, it is the exact opposite.

And make no mistake about it: this is an intensely personal issue, not just a theoretical issue.

After all, we’re talking about someone’s child. Or their best friend at school. Or their favorite media personality. “You’re telling me that they’re going to hell because of who they love? You’re telling me they can’t serve in your church? If so, I want nothing to do with your religion or your God.”

Offense at God and the Church Over Sexuality

Amid widespread acceptance of LGBTQ people, evangelical church attitudes toward the group have not budged, and the consequences have been dire.

But this is nothing new.

Writing on the MSNBC website on February 26, 2014, Jane Timm stated that “One third of young people who left organized religion did so because of anti-gay teachings or treatment within their churches, according to a new study.” Yes, “A full 31% of young people (ages 18 to 33) who left organized religion said ‘negative teachings’ or ‘negative treatment’ of gay people was a ‘somewhat important’ or ‘very important’ factor in their departure, as surveyed by the Public Religion Research Institute.”

The problem for true followers of Jesus is that the Bible hasn’t changed, which means that God is still against homosexual practice and identity. And so, if we want to be in solidarity with the Lord, we will find ourselves at odds with the prevailing culture.

At the same time, we do not want to drive people away from the Lord by making opposition to LGBTQ+ activism our primary cause (as opposed to the Great Commission being our primary cause). Nor do we ever want to appear (or be) mean-spirited, judgmental or hypocritical.

First, we ask God to fill our hearts with His love for those who identify as LGBTQ+, then we seek to share that love with them face to face.

Second, we make clear in our messages that all of us are fundamentally flawed, which is why all of us need a Redeemer.

Third, we make a distinction between an aggressive agenda and individual people.

Fifth, we give ourselves to prayer, also believing that those with anti-biblical values will continue to overplay their hand, further exposing the wrongness of their position.

Sixth, we share the testimonies of those who have been transformed through the gospel, making clear that our message is filled with hope and life.

Seventh, we let the chips fall where they may, determined to preach Jesus and live for Jesus no matter what, always remembering that this world is not our eternal home.

It is true, that, for many reasons, people are leaving the church. It is also true that many others are meeting Jesus powerfully.

That’s because, what the world so desperately needs, we have in the fullness of the gospel.

Let us not be ashamed to live it and proclaim it.

A Message to the LGBTQ Community