How So Many Evangelicals Became So Loyal to Donald Trump 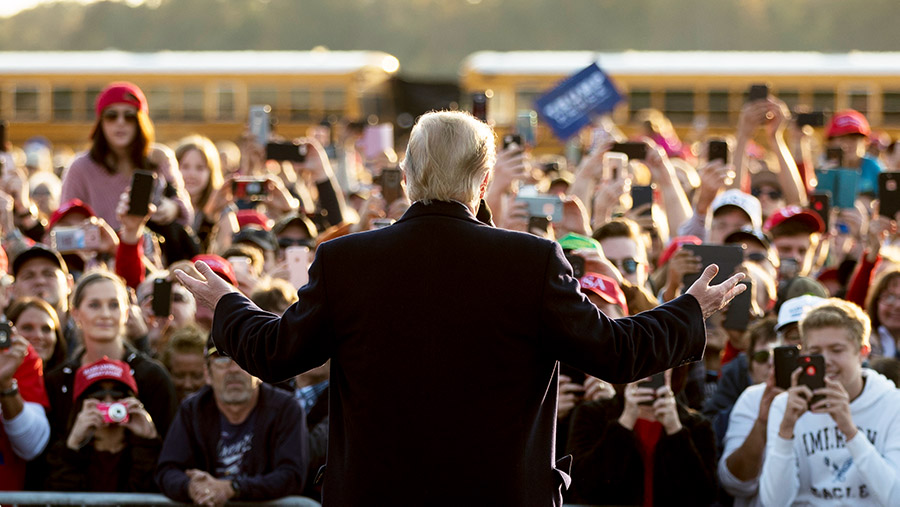 As we approach the midterm elections, the close relationship between President Trump and white evangelicals continues to baffle (and grieve) many. Is this merely a marriage of convenience for the sake of shared political power?

A concerned Christian woman wrote to me this week, “I don’t have the required amount of hate and fear to support trump. It is so disappointing to see what behavior Christians will excuse today … Christianity is a joke in light of evangelicals’ support for trump.”

Is Christianity a Joke?

Have evangelicals (like me) who voted for Trump and who continue to support him made Christianity into a joke in the eyes of a watching world?

According to progressive pastor Brian McLaren, those evangelicals who support Trump “gain the president’s special favors and in exchange, sell their souls.”

He claims that, “There seems to be no limit to the harm they are willing to inflict in order to advance their narrowing agenda that now is reduced to outlawing abortion, stigmatizing LGBTQ people, and expanding their religious freedom at the expense of the religious freedom of others.”

And, he bemoaned, “Even more sadly, conservative Evangelical and Catholic leaders are showing themselves to be becoming more like their leader.”

Sensing That God is up to Something

I raise similar questions in my new book on Trump and evangelicals, asking, “Did these evangelicals (especially the leaders) sell their souls for Donald Trump? Did they compromise their convictions to gain a seat at the table? Did they prove themselves to be shameless hypocrites? Or did these Bible-quoting, church-attending Christians sense that God had a purpose in raising up Trump?”

Rather than trying to justify the unlikely union between evangelicals and Donald Trump, allow me to explain how it developed and grew.

President Trump, for his part, remains hopeful that evangelical Christians will come out in full force and vote. In his own words, “They’re very happy with me. We’ve seen they’re very happy.

So, I ask once again: How do we explain this unlikely union between evangelicals and Donald Trump?

Rather than trying to justify the relationship, allow me to explain how it developed and grew. Perhaps this will provide some insight for some of you who are passionate Never Trumpers.

1) Initially, there was skepticism and even outright opposition.

Many of us strongly opposed Donald Trump in the primaries. We didn’t like his past. We didn’t trust his character. We felt there were far better, more Christian candidates. We thought he was simply courting evangelicals to get our votes. And we certainly didn’t expect him to keep his promises if elected. (In my new book, I reprinted all my early, anti-Trump articles. It made for quite a read in hindsight!)

2) Many of our top leaders got to know him privately.

These leaders told us that he was quite different in person than the obnoxious, arrogant man we saw in public.

They spoke of his humility. Of his genuine concern. Of the great relationship he had with his children.

And they spoke of his spiritual receptivity and even fear of God, despite his obvious lack of a real understanding of the gospel in his own life.

This mirrors the experience of Jeffrey Myers, the Pittsburgh rabbi who was officiating during the massacre at his synagogue. Speaking of his time alone with Trump, he said, “The first question that he [Trump] asked me was, ‘Rabbi, how are you doing?’ And I must say, through the time that we were together, I was pleasantly surprised by a warm and personal side to the president I don’t think America has ever seen.”

That’s the side of Trump that evangelicals have been seeing for the last three years, up close and personal.

3) We recognized that something unusual was taking place, that God might have a surprising plan.

Many of us were aware that at least two evangelical leaders said that God was raising up Trump in the same way He raised up King Cyrus. (Cyrus was a non-Israelite, idol-worshiping king who released the Jewish people from exile in Babylon and sent them back home to rebuild the Temple in Jerusalem.)

And as Trump defeated a stellar group of Republican candidates in the primaries and continued to solidify his conservative stands, we said to ourselves, “Something is up here. Could it be that Trump is the man for the job, however unlikely that may seem?”

4) We had a genuine concern about 8 more years of Obama (through Hillary).

Under President Obama, marriage was redefined by the Supreme Court (one of the most ignominious acts in our national history), radical transgender activism was being pushed in our children’s schools (to the point that schools would lose their federal funding if they would not allow a 15-year-old boy to play on the girls sports team and to share their locker rooms and showers), and religious freedoms came under steady attack.

Under Obama, federal courts lurched dangerously far to the left while abortion-loving groups like Planned Parenthood gained power and prestige.

5) The left became more extreme and nastier by the day.

The victory of Trump brought out the worst of the left, from radical feminist marches to an out-of-control liberal media, and from violent campus protests to increasingly extreme Democrat candidates.

The more they attacked our president, the more some of our leaders felt the need to defend him.

To the pleasant surprise of many, President Trump kept his word about issues of great importance to us.

We knew, of course, that Trump committed his share of transgressions. But the unrelenting attack against him was so ugly, often baseless, and even vile and deadly, that it increased our solidarity with the president.

6) Trump became a genuine champion of many evangelical causes.

To the pleasant surprise of many, President Trump kept his word about issues of great importance to us, beginning with the pro-life cause. (To all the Trump critics, especially my fellow-evangelicals, if abortion really is slaughtering the most innocent Americans in cold blood, then isn’t the issue of abortion at least as important as the issue of slavery? Accordingly, would you rather have a Trump who freed the slaves than a nice guy who left them in chains?)

Trump consistently stood for religious liberty. He pushed back against radical LGBT activism. He acted on behalf of Israel and moved our embassy. And he continued to surround himself with evangelicals, never closing the door on them and never shutting them out.

So, when the president becomes “family” to you, you won’t speak against him in public. You’ll speak with him privately. And when someone criticizes him publicly, you’re likely to defend him, just like you would your own family.

And that, in large part, is how we got where we are today, with the Kavanaugh hearings providing a microcosm of the pitched battle we’re facing. The sides have been very clearly drawn.

Again, my goal here is not to justify but to explain. And, as I’ve said over and again, I do understand why many Christians have such a massive problem with Trump.

As for the question of how we can vote for his larger agenda and maintain our integrity and witness before a watching world, I’ll address that in a forthcoming article.