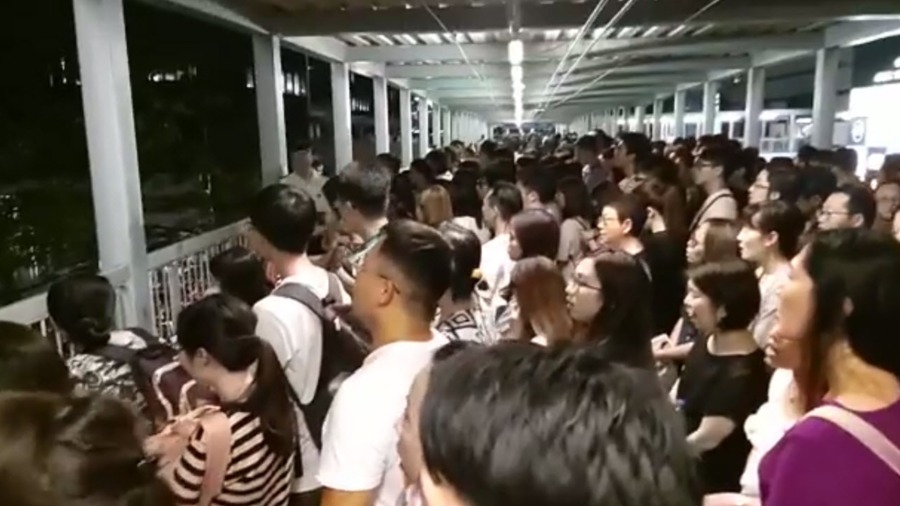 A Christian hymn became the anthem of the massive Hong Kong protests over the weekend and past week. The simple five-word song, “Sing Hallelujah to the Lord,” written in a somber minor key, has echoed from walkways and shelters.

Some protesters call it a symbol of unity. Others say it is a form of protection against police. Still others said it was to persuade the Catholic government leader, Carrie Lam, to respect the protest. The hymn also reflects Christianity’s influence on the protest against unjust actions by the Chinese government.

The protests were sparked by a bill that would allow Beijing to extradite people from Hong Kong to stand trial in Communist-ruled courts of China. Lam suspended the bill on Saturday and apologized on Sunday. It was not enough. An estimated two million protesters again took to the streets on Sunday in an effort to protect their democratic distinctives from Communist mainland China. They called for a complete scrapping of the bill and for Lam to resign.

At some point in the many days protesters have filled the streets, this Christian song became their anthem. It started with a group of Catholic students singing the song, Reuters reported. The students sang several Christian songs, with this one catching on with the crowd.

One live stream video from June 13 shows a group of protesters gathered on a footbridge, many with their faces covered with medical masks. They sang the song non-stop for at least an hour during the live stream. In their hands, signs read “STOP SHOOTING HK STUDENT,” “STOP SHOOTING INNOCENT PEOPLE” and “STOP ALL VIOLENCE.”

A group of Christians and youngsters have gathered on a footbridge outside #HK gov HQ, facing dozens of police behind barricades. Some of them singing "Sing hallelujah to the lord". Placards read "Stop shooting HK student. Stop treating HK citizens violently."#ExtraditionBill pic.twitter.com/2MWcrQIhbu

The hymn comes out of the Jesus Movement. Linda Stassen-Benjamin wrote the contemporary Christian worship song in 1974 as part of a songwriting workshop at Calvary Chapel Costa Mesa in California. Originally, “Sing Hallelujah to the Lord” was meant for Resurrection Sunday.

“It has a calming effect,” said Timothy Lam, 58, a Catholic priest at Grace Church Hong Kong, Fox News reported. “The police had a lot of equipment, they were very tense and searching people. The students sang this to show they were peaceful.”

Touching scene in the protest: people were singing “sing hallelujah to the lord”. How come this is a “riot”?#NoExtraditionToChina pic.twitter.com/RxBZ1qJ4zo

The hymn is just one sign of Christians’ influence on the protest. Christians have provided food and shelter at demonstrations. Christian leaders have criticized the police’s use of force against protesters and Lam’s handling of the extradition bill protest. Protesters use the language of “loving thy neighbor” and “good versus evil,” even while only one in every nine Hong Kongers is Christian.

The prominence of Christians in the battle against an unjust Chinese government makes sense. Many Christians have become dissidents against the government’s attempts to control and Sinicize the Christian church. The tension is not new, but has seen a rise. This winter saw increased persecution by the Chinese government against several large unregistered “house” churches in China.

“We believe in upholding justice,” said David Cheung, a pastor who has taken part in protests, as reported by The New York Times. “Our faith gives us our courage, confidence and hope against this evil government power.”

Aliya Kuykendall is a Staff Writer for The Stream. You can follow her at @AliyaKuykendall.