Some Honest Questions About Determining Race and Ethnicity 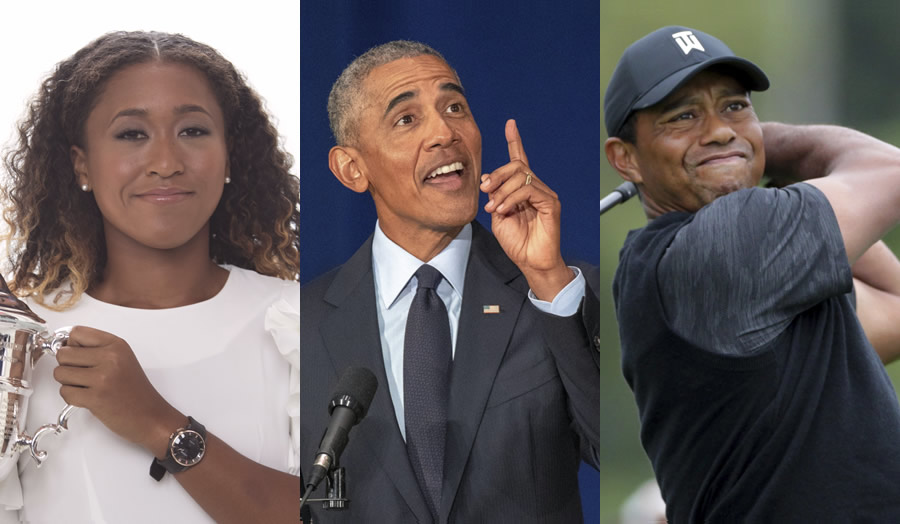 I don’t have an axe to grind. I’m not trying to prove a point. I’m simply looking for clarity. How do we determine the race or ethnicity of the child of mixed parents?

The reason I ask is that Naomi Osaka, the 20-year-old winner of the U.S. Open women’s champion, has been hailed as the first Japanese player to win a Grand Slam tennis event. For that achievement, there is much cause for celebration.

Japanese Prime Minister Shinzo Abe even thanked her on Twitter for “giving Japan a boost of inspiration at this time of hardship” (with reference to recent natural disasters).

But why isn’t she also being hailed as the first Haitian to win a Grand Slam tennis event? After all, her mother is Japanese but her father is Haitian, hence her unique appearance.

She was given her mother’s last name, Osaka, to make it easier for her as a child in Japan. But she certainly doesn’t look like your average Japanese person. (She also spent almost all of her life in America.)

Why, then, is she called Japanese? Does it go by the mother?

That certainly wasn’t the case with Tiger Woods, who is normally viewed as an African American. Yet his mother was from Thailand while his father was a black American. And while his eyes are not as pronouncedly as Asian as Naomi Osaka’s, he clearly shows his Asian heritage as well.

Why, then, isn’t he also hailed as a great Thai golfer?

What Makes a Person Black?

Again, I don’t have a point to prove or an argument to make. I’m simply trying to get clarity.

Am I missing something?

What about President Obama? He has made history as our nation’s first black president, and he is clearly not Caucasian. His wife is also black, as are their children. All that is clear.

But Obama’s mother was a white American — a Caucasian — while his father was Kenyan.

If we followed the example of Tiger Woods, then this would make sense. You go by the father, and Obama is therefore black (or, African American).

But that brings us back to Naomi Osaka. Why, then, isn’t she Haitian rather than Japanese? Or at the least, Haitian-Japanese? (That is not how she is normally referenced.)

If we go by skin color, then Tiger Woods is black, Barack Obama is black, and Naomi Osaka is black (at least, when compared to your average Japanese person).

What of the Role Social Issues Play?

Interestingly, the question of Tiger Woods’ blackness came up recently, but in a politically-charged context. The outspoken sports commentator Stephen A. Smith was upset with Woods for his failure to speak against President Trump.

In Smith’s view, Woods as a black man is duty-bound to speak out against Trump — but that’s only if he’s truly black.

First of all, we don’t know what Tiger Woods believes [about his own ethnicity]. He’s Cablinasian [the term Woods coined for himself]; he’s not black. When he got arrested, he was black. He was listed as black on the report. So let’s understand that. That’s the issue that the African-American community has always had, because always from a historical perspective, obviously if one-third of you has a darker hue, a darker pigmentation, the bottom line is you are black, and it is that simple.

Why, then, isn’t Naomi Osaka black? What am I missing here?

On the other hand, was Smith questioning Woods’ blackness when he was at the top of the sports world? (I’m not accusing. I’m asking.)

Smith noted that Woods has never wanted to disassociate himself from his mother’s ethnicity, so the golf great has always been clear about that. But Smith also feels that, since Woods is perceived to be a black man, he has a responsibility to speak out on certain social issues, to have a “social conscience.”

His failure to do so, according to Smith, has disappointed other black Americans. So, as far as his appearance, Woods is black, but as far as his social voice, he is not.

This reminds me of some of my conservative, black colleagues. Their friends have told them they are not black enough, meaning, because they are conservative (and/or, Republican), they are not really black.

It would appear, then, that “black” also refers to political affiliation.

But that is another subject entirely.

For the moment, I’m just trying to find out why Barack Obama is black (or, African American) and Naomi Osaka is Japanese.

Can someone clarify for me?