Foundations: How Should Christians View Taxation 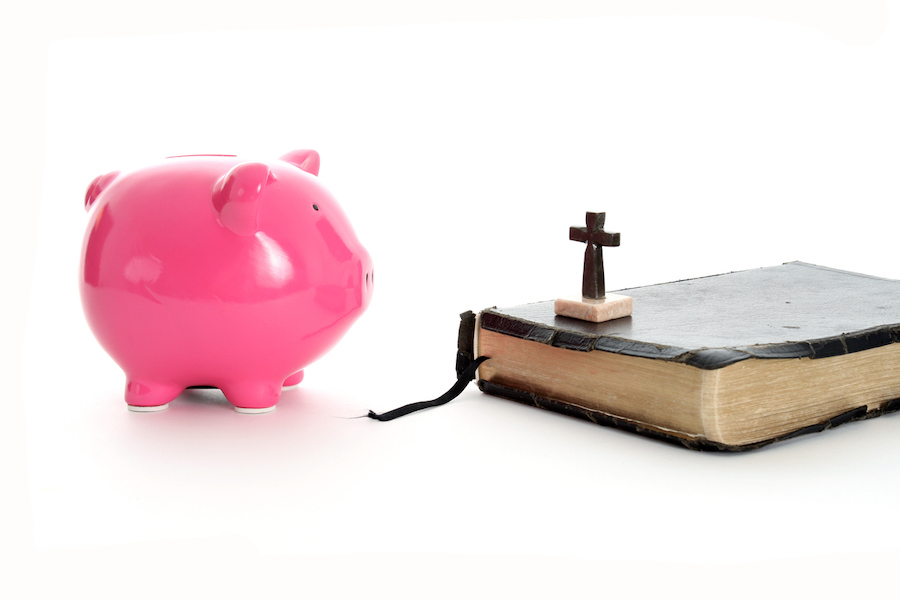 No one likes taxes, but the Bible is very clear on this matter. In Matthew 22:21, Jesus said, “Render therefore unto Caesar the things which are Caesar’s; and unto God the things that are God’s.” This was in response to the Pharisees asking Jesus whether it was against Jewish law to pay taxes. Similarly, in Matthew 17: 24-27, a group of tax collectors asked Peter if Jesus pays taxes. Peter says “of course,” and Jesus instructs him to find a coin inside a fish’s mouth to pay both of their taxes. Notably, the Bible does not rebuke tax collectors for doing their jobs, only for taking more than authorized (Luke 3:12-13). Matthew was a tax collector prior to becoming a disciple.

The Apostle Paul reiterated the duty of paying taxes in Romans 13:1-7, and stated the importance of submitting to governmental authorities in 1 Peter 2:13-17 and Titus 3:1. Joseph and Mary went to Bethlehem in order to obey an imperial command that all individuals return to their ancestral towns so “that all the world should be taxed.”

Of course, one of the charges brought up against Jesus when he was on trial was that he opposed paying taxes. “And they began to accuse him, saying, ‘We have found this man subverting our nation. He opposes payment of taxes to Caesar and claims to be Messiah, a king.’” Luke 23:2. But this charge is baseless.

The conclusion is clear enough: We’re to pay taxes as required.

When the State Misuses the Money

While we may disagree with some of the ways government spends our taxes, the Bible was silent on this. In biblical times, the authorities  no doubt spent money on things like pagan worship and debauchery. The Roman government Jesus and Paul lived under was far worse than our U.S. government today, and tax collectors in the day extorted more than they needed, yet neither Jesus nor Paul said we should object to paying taxes for those reasons.

But that in no way means we can’t object using our representative democracy to try and get the laws changed. This is another reason Christians should be involved in politics. One reason the early American settlers fled Europe was to escape high taxes without representation.

Some of our taxes go toward objectionable purposes: Funding Planned Parenthood; experimenting on animals with drugs; alcohol and sex; bailouts for big business — the list is long. There are many unfair aspects of taxes, including the government’s way of picking winners and losers. The IRS lets people write off certain types of expenses but not others, and some of those distinctions are based on the influence of powerful congressional lobbyists.

When government gets involved in something, it often makes mistakes. Forcibly taking money from one person, to give to another person who doesn’t work, often makes the situation worse for both. Not to mention the IRS has used unfair, heavy-handed tactics, coming after taxpayers. A few years ago, it got caught targeting conservative and Christian organizations.

There is nothing wrong with protesting the IRS as long as you’re not breaking the law. You can stand outside an IRS building on the sidewalk carrying a protest sign. You have a right to complain about the IRS. It’s when Christians do not pay their taxes that they risk running afoul of God’s Word.

We should use the political and legal systems as far as possible to keep government from promoting vices and punishing virtues. 1 Peter 2:14 calls on the government to punish those who do wrong and to commend those who do right. We have a duty to vote and to advocate for our government to do what’s right. Still, the Bible doesn’t authorize us to withhold paying taxes to governments that misuse their funds.

A Christian’s first allegiance is to God, not the state, yet that includes the calling to be ethical and honest. So it’s not okay to cheat on  taxes, but there is nothing wrong with trying to minimize your tax payments legally. It’s tax evasion which goes over the line; it is a crime.

Now, is it possible that taxes could become so oppressive that people can no longer reasonably and commonly afford them? Yes. If a country ever gets to that situation, and working within the law cannot fix the situation, could other alternative ways of protest be considered, such as civil disobedience or not paying taxes? Possibly, but in that case, there is likely a lot more to address than just the tax rate. It could easily mean the government has ceased being a representative democracy. Look at the Boston Tea Party and the American Revolution. Fortunately, with our guaranteed rights in the Constitution, including a representative democratic government, a situation like that is not likely to happen anytime soon.

What about churches paying taxes? Churches and many other religious institutions enjoy First Amendment-based exemptions from federal, state and local taxes. The government has implemented legislation as far back as 1894 exempting them along with other nonprofits.

There have been rumblings lately, however, that churches should have their exempt status revoked. Critics contend that churches aren’t paying their fair share to the government, which indirectly makes others end up subsidizing them. But the courts have found — rightly — that taxing churches would violate the First Amendment, both in its free speech and its religion clauses. The congressional Joint Committee on Taxation determined that this is not to be considered a subsidy anyway. So until the government changes the law, churches do not need to pay taxes.