Hey, You’re a Fashionable Christian! But Are You Still a Homophobe?

How can we respond to the ongoing fascination with 'hip' Christianity? 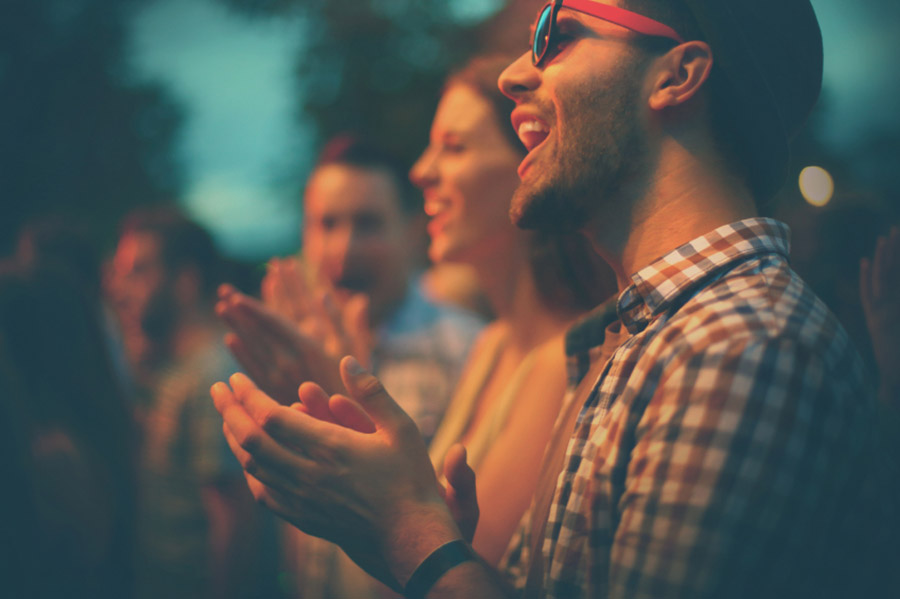 Yahoo! News has a puzzling photo essay on cool kids in Los Angeles attending church. A strange combination of anthropological curiosity — who are these people who go to ‘hip’ churches? — and liberal bias leads to questions like, “You’re so cute! What are you wearing?” followed immediately by, “Are you a feminist? A homophobe? Is God angry and white?”

I’m exaggerating the last one, but only slightly.

Here’s an actual question put to a nice-looking evangelical:

What sort of questions are these? Try not to get whiplash as one churchgoer explains what it means that Jesus is Lord, where the style reporter’s quick follow-up is, “Do you always dress up for church?”

There are Christians Among Us!

It happened in Seattle first, of course. Ten years ago Salon’s Lauren Sandler wrote one long thinkpiece on the Christian hipsters at Seattle’s Mars Hill Church, and Seattleites were shocked. You can still read the comments from people who found the article “absolutely terrifying.” And with the terror came fascination. I overheard people discussing it in my neighborhood coffee shops and bars, with the basic sentiment being, “Can you believe there are Christians among us?”

Seattle was never the Bible belt, but a strong legacy of groupthink and a protective aura of assumed similarity bias has protected most people there from realizing that, indeed, Christians — even evangelicals — walked among them, undetected.

I noticed this with surprising delight when I told a few friendly acquaintances – chiefly my baristas, waiters, and casual friends around town – that I was moving to DC to take a job with an evangelical organization. One that even had “evangelical” in the title.

First came the blank face. Then a dawning realization of past conversations we’d had, times I might have mentioned singing in church. Sometimes it was a point of connection with people who “grew up evangelical” and felt they could confide something. But often it just brought them up short.

Which explains why many Christians in Seattle, especially the artists and musicians, don’t advertise their faith. When it does come through in the lyrics, even allegorical and open-ended, it leads to the local press wondering, “How Christianity Infiltrated Seattle Music.”

When Seattle’s godfather of indie folk, Damien Jurado, held a hotly anticipated album release concert, several people walked out when he announced a track as “a worship song.” The offending lyrics?

One of Seattle’s best music critics, who has followed Jurado’s career for more than a decade, was shocked. His review of the concert ends with this aching reflection:

As the final applause rose and dissipated inside the Neptune, I wondered about the future of Jurado’s music. I wondered if I’ll be able to hear what he is saying if I’m not a believer. It made me tremendously sad. As the fans filtered out around me, I felt alone.

Looking Inside: The Invitation

More than just superficial anthropology, each of these articles shares a sense of something different, maybe even threatening about Christians, something deeper than whether or not they wear skinny jeans or play cool music. There’s a sense of being outside something real — and sometimes of hearing an invitation to come in.

Late last year, GQ ran a cover story on Hillsong as “the church of Justin Bieber.” Writer Taffy Brodesser-Akner begins by being fascinated by a hat that is nearly ubiquitous in the church, but she ends by struggling against a desire to be worshipping with this community and to be a part of something she doesn’t fully understand:

And I came back the next week and the week after, and one Sunday morning after what I had thought would be my last time in church, I woke up and felt a strange and unexpected bodily need to put my hands in the air, this need to be in a room where people frantically worried about the soul, to hear from Carl that he most definitely had answers to all the questions. I told my husband I was short some reporting and I headed out to Montclair.

The truth of the Gospel — that there is a Father who loves you and wants you to join His family — transcends culture. Maybe someone on the outside will wonder what the stylish people are doing before going out to brunch on Sunday or what their favorite indie artist is singing about, maybe not. But we should hope that those who encounter you and me hear that same invitation to join in. An invitation just like this, from Hillsong’s Pastor Carl to that same GQ writer:

So let them examine your style quotient (or lack thereof). But please, God, let them find an open invitation to The Way, The Truth and The Life.

GQ and The New Masculinity: Turning Men Into Women