Heroism in Oregon: Real Men in the Age of Counterfeits 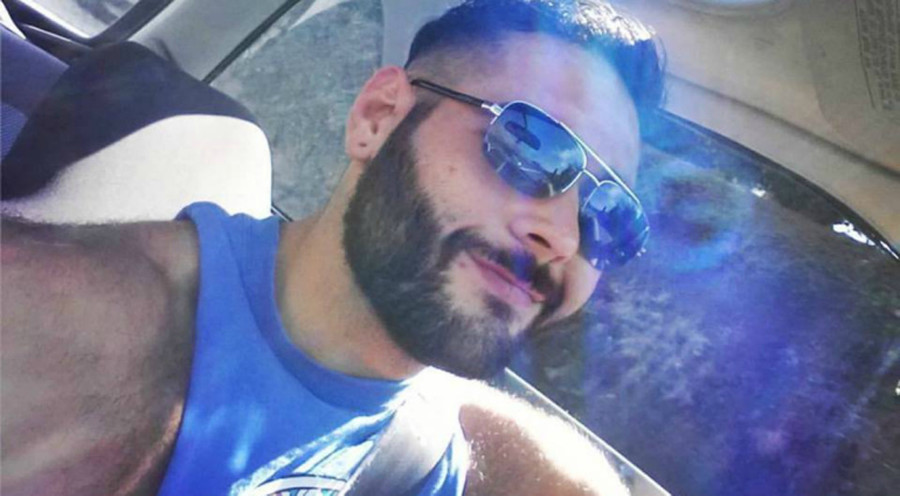 The world collectively gaped — again — at the news of one young man’s heroics in the midst of a public shooting. On October 1, 2015, Christopher Mintz, a student at Umpqua Community College in Roseburg, Oregon, threw himself into the line of fire when a gunman attacked his peers.

According to reports, Mintz acted immediately upon figuring out that a shooter had entered his surroundings. He pulled fire alarms, directed classmates to safety, and barricaded the door with his body. The gunman shot him three times through the door, driving Mintz to the floor. The bloody student looked up at his would-be killer, told him, “It’s my son’s birthday,” and absorbed two more shots. Miraculously, he lived. The shooter later killed himself after murdering ten people and injuring many more.

With many others, I well remember the first such killing to draw mass media attention, the Columbine massacre. The faces of the killers were everywhere, and the country agonized over this terrifying occurrence. Little did we know that we were not witnessing an anomaly, but a playbook.

The killers involved in this and many other shootings haunt us. But lately there is some evidence of another pattern: a young man, good-natured and military-trained, who acts instantaneously in the moment of crisis to save the lives of others. This was the case with the Paris train affair a few weeks ago. This was the case again in Oregon. Those of us who bemoan the declension of the American man, historically a force for good in numerous ways, have found our hearts strangely warmed by ordinary heroes as we scan news reports of death and destruction.

I say “strangely warmed” because there is indeed much reason to shake your head at many modern men. As just one example from pop culture, I sometimes watch the television show “House Hunters” on HGTV. Almost invariably on this harmless show about would-be homebuyers, we encounter a man whose demands for the would-be home outpace his wife’s. As the realtor asks the couple what they want, the man spits out an extensive list of his desired accouterments, and they’re usually of the predictable sort. His wife stands uncomfortably beside him as he prattles on. The boy-man speaketh.

This common scene crystallized for me how many men today think about life: they think it’s about them. They believe that they should get what they want, and that everyone else can fend for themselves. The instinct to lead in their marriage by putting their wife’s interests before their own has gone missing. Chivalry, it seems, lies sprawled on the couch in the man cave, snoring loudly while a huge flat screen TV broadcasts endless replays of men playing the games of children.

Reporters and journalists have found abundant evidence of the struggles of men in contemporary society. To explain the abundant ills of modern men, Hanna Rosin argues that women are inherently altruistic and men are inherently predatory:

Evolutionary psychology tells us that men, especially powerful men, feel invincible and entitled to spread their seed, and that women can’t resist the scent of masculine power. Women, by contrast, are said to be more altruistic and collaborative, seeking power so that they can share it with others.

Rosin no doubt seeks positive ends with her pseudo-scientific breakdown, dependent as it is on so-called “evolutionary psychology,” once the happy fiefdom of phrenologists and eugenicists. She is quite right that there are men who act like fools. Their wicked behavior deserves censure and must not be excused in any way. What Rosin and like-minded influencers may not know, however, is that this kind of thinking comes dangerously close to infantilizing and animalizing every man.

There are diverse reasons for the unhappy plight of modern men, but a common experience: many men today do feel that no one really wants them to be men. Once, in the age of industry and civilization-saving, John Wayne was our ideal, for better or worse. Now, in the era of “dad moms” and low job creation, the older Bill Murray is our lodestar. He is rumpled, grumpy and played out. He’s amused by life but not passionate about it. Like Murray, your average HGTV whiner is no criminal. But he has lost something vital, something that was once part of the meaning of being a man.

All of which makes Christopher Mintz so striking. In the moment of reckoning, Mintz instinctively acted heroically. He acted like a man. He was no doubt afraid, but he acted fearlessly. He used his strength to save others. He used his voice to issue directives. After being left for dead, he repeated one sentence over and over again: “It’s my son’s birthday.” It was his role as father that mattered most as he lay bleeding.

This stands in stark contrast to the shooter’s final conversations. He cared only about himself. He wrote of a desire to be famous, and pursued fame through the death of others. He snuffed out the lives of innocents, and established himself in perpetuity as a Grendel-like figure, lashing out in anger, groping at affirmation, lost in himself. His wicked act shows us the outcome of unbridled selfishness.

These men represent two very different images of manhood: one self-obsessed, the other self-sacrificial. If it is terrible that the former type of man seems a fixed part of our society, it is heartening to see the emergence of the latter kind. Mintz’s type — the hero — will not soon fade from memory. Even as the media coverage dies down, at least one day every year will commemorate Mintz’s courage: his son’s birthday.