‘My Heart Woke Up’: Singer Songwriter Shares the Story of His New Pro-Life Song Not Forgotten

Phil King says God is pricking hearts and awakening His church to prayer, repentance, mourning and loving action to save lives. 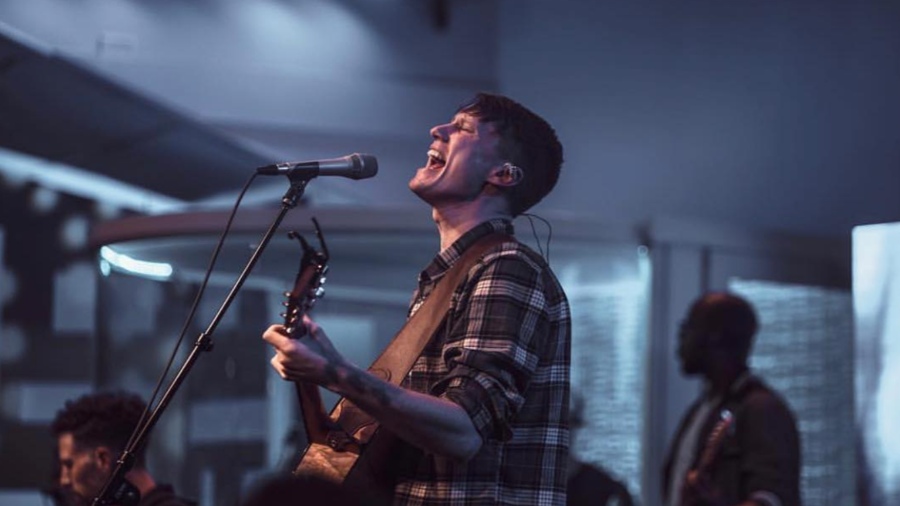 Fox News, Faithwire and LifeNews.com wrote about his song. YoungHeart, a teen band, covered it and made a music video.

Since the song’s Jan. 27 release on YouTube, King has received messages from listeners saying the song made them fall to the floor crying over abortion, he says. People have told him they now want to do something to help. One family told him that after hearing it, they want to adopt.

“There’s just a big difference between when you know something in your head, and then when you’re burning for it in your heart,” King says.

‘My Heart Woke Up’

King says he wrote Not Forgotten while crying over the New York abortion law. “I was very much mourning. I was crying a lot.”

The 29-year old worship pastor of Gateway Church, near Dallas, Texas, was not previously active in the pro-life movement. “I did not have a huge burning flame for this,” he explains.

“There’s just a big difference between when you know something in your head, and then when you’re burning for it in your heart,” King says.

That is, until he heard about New York’s new law legalizing abortion up to birth. Seeing pictures and video of the signing of the bill broke his heart. The celebration struck him as sinister.

As he was crying out to God, saying “Help. Heal our land,” he got the idea to write a song. In a short time, punctuated with pauses to cry, he had a draft.

A Song For the Lost, and for the Almost Lost

“That’s why I wrote this song,” King says. “So I could sing something for those who never got a chance to sing something.” The response he’s received has woken up his heart to love life even more.

King sent me a video he has saved to his phone. A woman had tagged him in it on Instagram. In the video the woman’s younger sister can be heard playing a keyboard and singing Not Forgotten. Text on the video said, “This is my 17 year old sister singing your song. My mom was told to have an abortion when she was pregnant with Kylie.” The Instagram user said her sister now sings and is a worship leader. She thanked King for writing a song that her sister, who could have been lost to abortion, “can sing for those who can’t.”

“That really, really messed me up.” King said. “Oh my goodness. This — this voice could have been wiped off the face of the earth.”

His dream, he says, is to one day meet children who are alive because his song gave their moms courage to choose life.

“God’s waking the church up for this issue,” King believes. “He’s really pricking a lot of people’s hearts. If there’s one thing I can say, it’s that heaven is not ok … with what we’re doing” about abortion.

Many people who listen to his song have told him they want to do something. “What I keep telling people is, you know, get involved, adopt, help out, pray, use your gift creatively that God’s given you to speak, but above all, don’t hate other people. You hate what is evil.” He added that God is looking for people right now to bring abortion to an end, because life is a “kingdom issue,” not a political one.

King said abortion is not a matter of fighting against specific people or political groups, but against evil spiritual powers that express themselves through mindsets and beliefs. “I believe it is not against a person but it’s against what’s over a group of people. And that’s why prayer is so huge with this issue,” King says. “This is a wrestling with powers and principalities that are at work here. And the thing is, it just takes unity, prayer and worship.”

After hearing his song, Elizabeth Johnston, a.k.a. The Activist Mommy, invited King and Cody Ray Lee to lead worship at an event she’s hosting called the Day of Mourning. Lee, a worship leader from Upper Room church in Dallas, collaborated with King on the song writing and recording.

The event is set take place on Feb. 23 in Albany, New York. This is the city in which the New York law was passed. Twenty locations across the nation are hosting live stream events. The vision is for Americans to mourn, worship, pray and turn away from evil.

King said his plan is to lead the room into the presence of God.

We Will Lay Our Lives Down For You

In verse 2, King wrote, “We can’t go on like it’s okay / Turn a blind eye and just look away / For the sake of all that’s pure and true / We will lay our lives down just for you.”

King expounded on three ways that Christians can lay their lives down for the cause of life. He said the most clear-cut way to lay our lives down is by adopting and fostering children.

“I just was thinking and daydreaming and I was like, ‘what would it be like if God woke the church up on such a level that hundreds and thousands of babies started getting adopted into the church?'” King says.

“I just was thinking and daydreaming and I was like, ‘what would it be like if God woke the church up on such a level that hundreds and thousands of babies started getting adopted into the church?’” King says.

“What kind of a shift would happen in society if that happened? What would we be known for throughout history if our generation decided to do that? What kind of a mark would that have on our culture?” he asked. “Surely if hundreds of thousands of these babies that are being lost were adopted and fostered, brought into the church, it would be astounding.”

The second action he recommends is prayer, which he said is a sacrifice of time and emotions.

The third action is using creativity, resources, time, talents and abilities to serve. He mentioned volunteering at a crisis pregnancy center.

If he could speak to Christians about the fight for life, he says, this is what he would say:

I would say that we would not give up hope. And that we would remember to love one another and not be filled with any hate. And that we wouldn’t stop praying. And never forget that we have more than enough resource for both the natural needs and the spiritual needs of this problem, of this issue. The only thing that will stop us or slow us down is if we are not in unity about it.