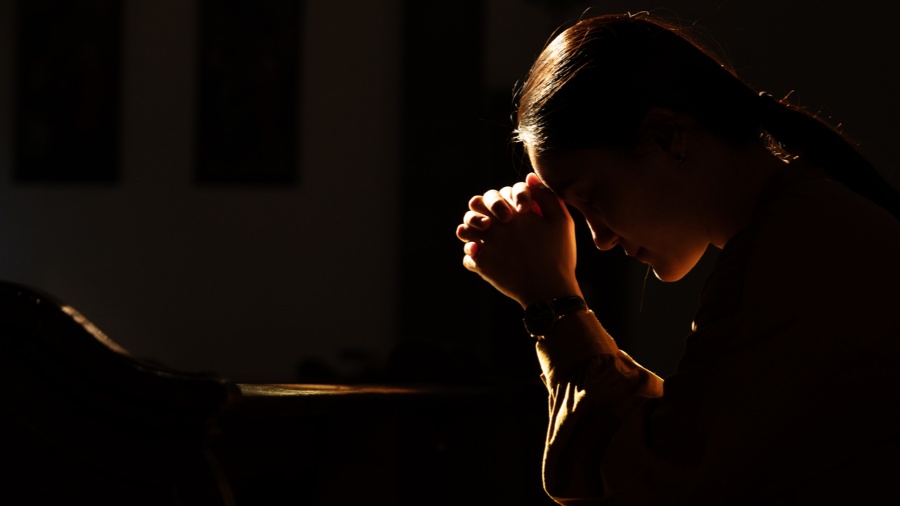 After all, didn’t Jesus say that eternal life consisting in knowing Him and His Father (not merely knowing about Him; see John 17:3). Didn’t Paul write that we enjoy fellowship with the Spirit (2 Corinthians 13:14)? Didn’t Peter speak of the inexpressible and glorious joy that is a direct result of our faith (see 1 Peter 1:8)? And isn’t salvation (and the new birth) something that we experience?

That’s ultimately how we know that the Bible is truly God’s Word, not simply by intellectual arguments but by experiencing the God of the Bible in our own lives.

That’s ultimately how we know that Jesus rose from the dead, not simply by apologetic proofs but by encountering the risen Savior for ourselves.

Nothing compares to a personal encounter with the Lord. And nothing can be substituted for it.

In John 4, the Samaritan woman did a great job of evangelizing her neighbors, telling them about her amazing encounter with Jesus. But after they met Jesus for themselves they said, “It is no longer because of what you said that we believe, for we have heard for ourselves, and we know that this is indeed the Savior of the world” (John 4:42).

Nothing compares to a personal encounter with the Lord. And nothing can be substituted for it.

As Leonard Ravenhill, author of the classic book Why Revival Tarries, often said, “A man with an experience is never at the mercy of a man with an argument.”

That’s why I took time to address this critical issue in my forthcoming book Has God Failed You: Finding Faith When You’re Not Even Sure God Is Real. Even pious Job, whom I discuss in the book as well, was transformed by a personal encounter with God after suffering the loss of everything he had, after which the Lord revealed Himself to him. In response Job said, “I had heard of you by the hearing of the ear, but now my eye sees you” (Job 42:5).

Recently, I was interacting with two former evangelical Christians, neither of whom believe the gospel today and one of whom is an aggressive atheist. I asked each of them (separately and independently) if they ever witnessed an undeniable miracle (including a miraculous, distinct answer to prayer) back in their Christian days. If so, how would they explain that miracle today?

Not surprisingly, neither one said that they had ever witnessed a miracle, with the atheist even dismissing the possibility of such a thing.

Of course, as followers of Jesus, we experience suffering and hardship like everyone else, and many of our prayers are not answered. And we don’t witness outstanding miracles 24/7, as if God were our cosmic genie available at our beck and call.

But surely we should be able to point to some indisputable divine activity in our lives, be it in supernatural, personal transformation or in answers to prayer or in divine leading or in the manifestation of a spiritual gift. And surely our friendship with God should be real and deep enough to be able to withstand both the vicissitudes of life and the challenges of our modern world.

Every Generation Must Have a Personal Encounter With God

In my 1989 book The End of the American Gospel Enterprise, I pointed to some important lessons learned from the history of Israel, derived from Joshua 24:31: “Israel served the LORD all the days of Joshua, and all the days of the elders who outlived Joshua and had known all the work that the LORD did for Israel.”

In other words, as long as there were national leaders who had experienced the power and reality of God, the nation remained faithful. Once they died and God’s mighty works became only a memory, the nation fell away.

Moses made it clear: “It was not with our fathers that the Lord made this covenant, but with us, with all of us who are alive here today” (Deuteronomy 5:3). And, “your children were not the ones who saw and experienced the discipline of the Lord your God … but it was your own eyes that saw all these great things the Lord has done” (Deuteronomy 11:2-7).

This teaches us that every generation must have a personal encounter with the living God. This holds true both personally and nationally. Grandpa’s stories won’t do, and there is no such thing as a “second-generation Pentecost.” “He is not the God of the dead, but of the living” (Matthew 22:32)

What happens when the older generation seeks to uphold spiritual and moral standards without helping the younger generation to experience God for themselves? The youth reject those standards as hypocritical legalism.

What happens when the older generation talks about the great moves of God from the past without a fresh experience in their own lives? The younger generation becomes skeptical, and skepticism soon gives way to hardened unbelief. Then, hardened unbelief produces rationalistic, Bible-denying propositions of faith and life.

In his book Who’s Afraid of the Holy Spirit, Prof. Daniel Wallace, one of the world’s top scholars of New Testament Greek, explained how dealing with his son’s cancer drew him into an experiential relationship with God, something that was previously lacking in his life despite his great faith in the Bible.

Consequently, “This emphasis on knowledge over relationship can produce in us a bibliolatry,” and, “The net effect of such bibliolatry is a depersonalization of God.” Thus, “Evangelical rationalism can lead to spiritual defection.” (For those in more liturgical expressions of the Christian faith, rather than bibliolatry there can be the veneration of tradition rather than the experience of God.)

In these days in which we live, days of unique spiritual and moral and cultural and intellectual challenges to our faith, knowing about God and affirming that the Bible is true is not enough.

A God to be Experienced in Relationship

Instead, we must know Him personally and intimately, telling both skeptic and seeker, “I know the Bible is true because I have experienced its reality in my own life.”

It might sound trite to say, “I know He lives because He lives within my heart.” But that saying remains true and real to this day.

He is God to be experienced, and He invites us to enjoy fellowship with Him, not just corporately but individually.