Have We Reached ‘Peak Woke’? 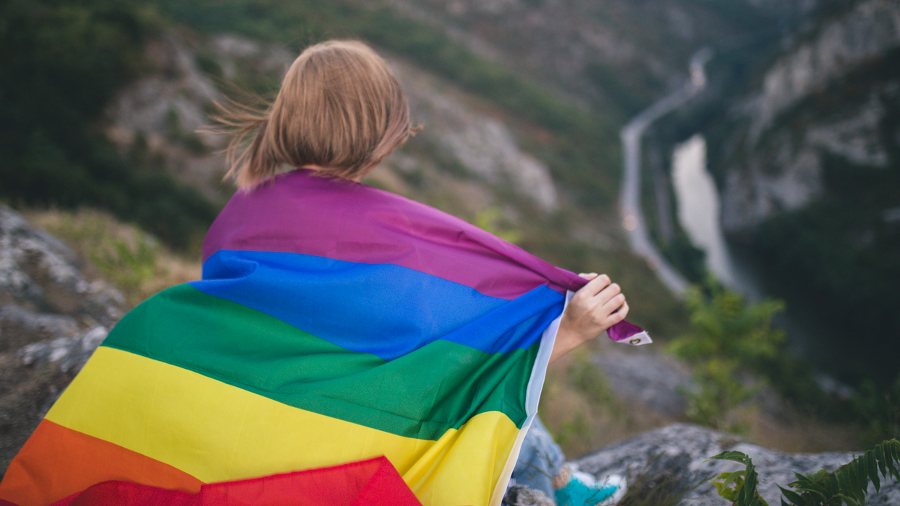 Columnist David French recently expressed his hope that we have reached “peak woke.” He defined this as “the peak (for now) of left-wing institutional intolerance and illiberalism regarding race, sex, and religion.” I certainly hope he is right, since the alternative is hard to imagine.

To be sure, many of us saw this craziness coming a long time ago, both in terms of intolerance and cultural madness.

After all, in my 2011 book A Queer Thing Happened to America, I could already reference a June 2000 article in the Village Voice titled, “Two Dads with a Difference—Neither of Us Was Born Male.” As one of the “dads” explained, “We are transgendered men (female-to-male, or FTM). My boyfriend is the mother of my child.”

Today, such concepts have been mainstreamed to the point that medical websites have adopted this terminology.

And I could already reference an August 2001 article by Richard John Niehaus in First Things in which he wrote, “The ‘Transgender Revolution’ is the latest political cause being promoted by those of heightened consciousness. Columnist John Leo notes that San Francisco now pays for city employees who want sex-change operations, and a number of television shows are in the works portraying the joys of transgendered liberation. The Los Angeles Times had a sympathetic story on a husband and wife who are both having the operation. They will stay married, but the husband will become the wife and vice versa.”

Why are So Many Accepting as Normal Something So Bizarre?

On the other hand, the mainstreaming of this societal craziness is particularly shocking, especially when we think of the devastatingly destructive impact it has had on impressionable children. (For my recent article on this, see here.) How could so many people accept as normative something that is so very bizarre? (I say this with compassion for those who struggle with their gender identity while at the same time being convinced that hormone therapy and sex-change surgery are not the way to go.)

A case in point is the concept that people are “assigned” a gender at birth as opposed to being born male or female.

When I first came across this concept while doing research for the Queer Thing book, I actually found it laughable. “Are you kidding?” I thought to myself. “Gender you’re assigned at birth — as if the doctor makes some arbitrary choice? Seriously?”

In the chapter titled “Lavender Language, Gender Speak, and Queer Semantics: Toward An Omnisexual Society?” I interacted with some definitions given to various LGBTQ+ terms.

The definition of “genderqueer” was a term “for people who feel that their gender identities [sic] or gender expression do not correspond to the gender assigned to them at birth, but who do not want to transition to the ‘opposite’ gender.”

In response I wrote:

Let’s consider this carefully. First, the concept of having multiple “gender identities” is now acceptable (which means that you might consider yourself male and female and even something else, not biologically but psychologically). Second, it is now widely accepted in many GLBT circles that you are not born male or female but you are assigned a gender at birth (by society, through the medium of your parents and the doctors). There is even a regulation concerning this in the San Francisco Unified School Policy: “Transgender students shall not be forced to use the locker room corresponding to their gender assigned at birth.”

Today, such concepts have been mainstreamed to the point that medical websites have adopted this terminology.

For example, the Cleveland Clinic website notes that, “While Afib can affect anyone, it’s more common among people of European descent. However, Black people who have Afib are more likely to have serious complications such as stroke or heart failure. People assigned female at birth (AFAB) are more commonly diagnosed than people assigned male at birth (AMAB).”

So, there are even acronyms for these terms now, AFAB and AMAB. (I’m going to go out on a limb here and predict that these acronyms will not replace female and male in the long term.)

Couple these acronyms with the discussion about Afib, and the whole thing almost sounds like an Abbott and Costello parody.

“Then you’re an AFAB without Afib or an AMAB without Afib. But first tell me if you’re AFAB or AMAB and then we’ll discuss Afib.”

Sarcasm aside, the very fact that doctors need to distinguish between “AFAB” and “AMAB” is because there is a difference between females and males, and that difference directly affects many health outcomes and treatments. Of course biology matters!

Where Will This End?

But today, it is not just Justice Jackson who could not give a simple answer to the question, “What is a woman?”

The WHO — the World Health Organization! — has now weighed in, stating that there is no simple answer to the question. As I noted in a recent article, “The WHO has an existing ‘gender mainstreaming manual’ which argues that there are many genders existing on a spectrum from male to female. The organization now says that does not go far enough, however.” (Quoting Fox News.)

And it was a law professor from Berkeley who accused Sen. Josh Hawley of being “transphobic” when he dared to suggest that only women could get pregnant.

All that to say that I certainly hope that David French is right and that we have reached “peak woke,” not just with gender issues, as addressed here, but in other areas as well. The alternative really is frightening.