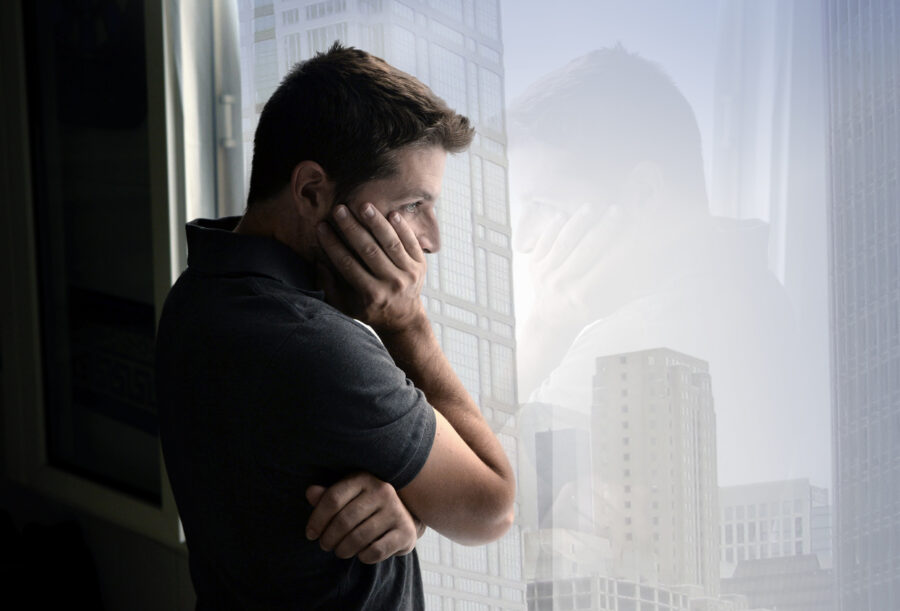 It is true that, in the Bible, Jesus often rebuked people for their doubts and unbelief. But that was because they have should have known better. That was because, based on what they had witnessed and experienced, they should have faith.

But at other times, He showed great mercy to those who wavered with doubt. In fact, there’s an amazing little verse in the book of Jude which calls us to “have mercy on those who doubt” (Jude 22).

When is the last time you heard a sermon using this verse? We should we show mercy, not condemnation, not criticism, not censure, not condescending correction, to those who are sincere and yet struggle with doubt.

And what, exactly, is doubt? Sometimes it is an inability to believe that God will do something for us personally, as in, “I know the Bible says this, but I’m struggling to believe it will really happen to me.”

After all, if our whole life is based on faith, how can we have peace and joy and confidence when we’re not even sure it’s all real? How would you feel on your wedding day if you were riddled with doubt about the marriage, questioning whether you really loved this person or if this person really loved you? Would be joyful or would you be anxious? Excited or nervous? Filled with anticipation or filled with dread?

Yet that is exactly how some of you have lived for many years, wanting to believe, trying to believe, acting like you believe, yet in spiritual agony on the inside. What a terribly difficult way to live! How God’s heart must ache for you, and how He would want you to know that this is not what He requires of you.

Jesus and the Distraught Father

We gain insight into this when we look at the dialogue between the Lord Jesus and a distraught father during their dramatic encounter recorded in Mark 9 (it’s also found in Matthew 17 and Luke 9).

Jesus had just come down from a mountain with three of His closest disciples, and immediately, He was confronted with a crowd in turmoil, with the religious leaders arguing with His disciples.

When He asked what was going on, the distraught father came forward: “Teacher,” he said, “I brought my son to you, for he has a spirit that makes him mute. And whenever it seizes him, it throws him down, and he foams and grinds his teeth and becomes rigid. So I asked your disciples to cast it out, and they were not able” (Mark 9:17-18).

There was so much unbelief in the air, even among His disciples. How long did He have to endure this?

Jesus then asked for the boy to be brought to Him, at which time he had a terrible seizure: “When the spirit saw him [meaning, the Lord], immediately it convulsed the boy, and he fell on the ground and rolled about, foaming at the mouth” (Mark 9:20).

What a dramatic, agonizing scene, a scene the father had seen all too many times before. As he explained to the Lord, this had been the boy’s lot since childhood. “And it [meaning, the demon] has often cast him into fire and into water, to destroy him.”

Yet the father had hope that Jesus, possibly, could set him free. As he said to Jesus, “But if you can do anything, have compassion on us and help us” (Mark 9:22).

Jesus replied with these remarkable words, “‘If you can’! All things are possible for one who believes” (Mark 9:23).

Yes, this was a strong rebuke to unbelief. Jesus was saying, “You’re asking if I can? You’re asking if I, the Son of God, the One who can calm a storm and raise the dead, can do anything? Did you actually say if? Everything is possible for the one who believes.”

The boy’s father responded immediately with these amazing words: “I do believe; help my unbelief!” (Mark 9:24). (Note: The previous verses were cited from the ESV; this last sentence is from the CSB.)

And how did Jesus respond? Did He say to him, “Where is your faith, man?” Did He rebuke him and say, “You are no better than the religious hypocrites and even My own disciples. You are so full of unbelief!”

Not at all. Instead, He commanded the spirit to leave the boy and never enter him again. He set the son free for life. He answered the father’s cry, despite the father’s battle with faith.

Believe. And Believe He Will Have Mercy on Your Unbelief

You see, the father did believe, otherwise he would not have brought his boy to the Lord’s disciples. And he wanted to believe, since he knew this was the only hope for his tormented son. Yet even as he professed his faith — “I do believe!” — he acknowledged his unbelief, asking for help. And Jesus responded to the man’s faith rather than choosing not to respond because of his unbelief.

My friend, God will help you believe. God will have mercy on your unbelief. God does understand. He knows the condition of your heart, and if He sees that you sincerely want to know the truth and that you are willing to give your all to Him if only you could be sure, He will not reject you.

Be honest with Him, expressing your doubts and your questions. And tell Him that, if He really is who He says He is, that you’ll follow Him if He makes Himself real to you.

He will never let you down.

Excerpted and adapted from Michael L. Brown, Has God Failed You? Finding Faith When You’re Not Even Sure God Is Real.