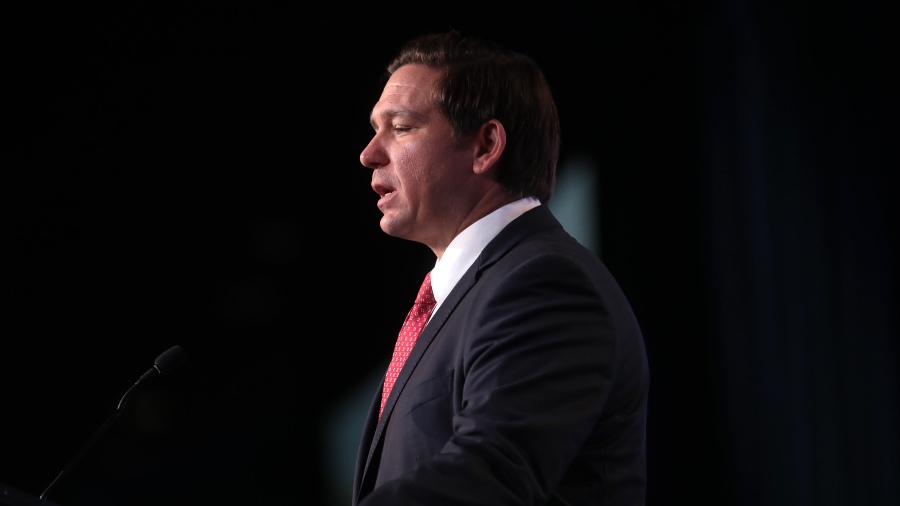 Now that’s an excellent question. It’s one that Trump should have raised back in early January, not July. (One new report suggests that her killer might have been a Secret Service agent on Mike Pence’s detail.) Ashli Babbitt and the rest of the January 6 protesters marched at Trump’s invitation. When she died and they were imprisoned, where was he?

Off playing hardball, demanding tens of millions worth of stock from friendly Parler in return for deigning to post there. This after Trump made hundreds of millions for unfriendly Twitter and Facebook, which then booted him off. Why soak your friends after enriching your enemies? That’s just one of the many questions I have for Mr. Trump before I consider supporting him ever again.

The Left Rescues its Wounded. Trump Left His Behind.

When Black Lives Matter and Antifa sent actual hardcore looters and terrorists out on our streets, Kamala Harris led the effort to get them out on bail. What has Trump done for the peaceful demonstrators of January 6? He should have used his own personal money to pay the legal defense of every defendant, barring those few who engaged in violence (most of whose leaders, Revolver News suggests, were FBI agents provocateurs anyway).

Instead, Trump raised tens of millions to Stop the Steal. Where did that money go? Not to election lawyers. The fight for election integrity was led by unpaid volunteers with no election expertise, like Jenna Ellis, Rudy Giuliani and Sidney Powell. Likewise, as Pedro Gonzalez documents, hundreds of millions vanished from Trump’s campaign coffers, as ads got canceled in battleground states. Where did the money go? Apparently into shell corporations Brad Parscale created on behalf of Jared Kushner. No trace of where it went after that. Is it Ivanka’s Botox money now? We may never know.

Trump’s Movement Has Outgrown Him

The fact that Trump is speaking up now for the woman who died defending his election win, after such a long delay, suggests something to me. Donald Trump realizes that the movement he catalyzed is bubbling on without him. In fact, it might well have outgrown him and moved along. Apparently still keen on reentering politics, Trump has caught on to that danger. Now he’s finally offering support to his most fervent supporters, who for months have felt increasingly abandoned by Trump himself.

You cannot blame them. I’m with Ann Coulter, one of Trump’s earliest backers, in feeling betrayed by many of Trump’s key decisions, both in office and out. Not because we reject his agenda, but because we embrace it. We’re sputtering with rage at how poorly and inconsistently Mr. Trump and his team of enablers have handled issues he rightly identified as key to America’s future. In other words, we have seen that Mr. Trump is a genius politician, just not a skilled chief executive. Nor even a civic-minded leader of a movement. What is he really? Time will tell.

Why Settle for Grumpy Tweets?

Until recently, that reaction to Trump’s missteps, mistakes, and apparent self-absorption has been building without a release valve. “Who are you going to support instead, Paul Ryan or Mitt Romney?” friends would ask me when I complained.

The answer, of course, was “Obviously not.” It was Trump’s failure to hunt down such RINOs as president that began my disillusionment with him. I’ve burned myself out asking questions with no satisfying answers. Why in the name of all is holy did Trump

I could go on for thousands of words on how Trump failed his own movement through unforced errors, own goals, and lazy deference to GOP hacks who despised him.

Time to Mature and Move On

But I don’t have to. I can focus on something positive instead: a skilled, principled politician who supports the same populist agenda, without filtering it through a thick gauze of nepotism and lazy narcissism: Florida Governor Ron DeSantis. As Reuters reports:

In a straw poll of potential 2024 candidates at a conservative conference in Denver in June, DeSantis finished ahead of Trump, 74% to 71%.

“If Donald Trump has any plans for 2024, he needs to stop Ron DeSantis’ ascent right now,” said David Jolly, a former Republican congressman from Florida, “because DeSantis is quickly becoming the leader of the party.”

To which I respond: Hip-hip, hurrah! I look forward to supporting Gov. DeSantis enthusiastically in his fight for the 2024 nomination. As the Miami Herald observed, “DeSantis has gotten better at being Donald Trump than Trump himself.” I don’t think the paper meant that as a compliment to either man, but its observation is dead-on accurate.

Ron DeSantis, unlike Trump, completely defied the panic over COVID. He refused to subject his state — full of vulnerable seniors — to the lockdown, mask, and vaccine regime. The result? Better death statistics than most of the blue states with younger populations, without destroying small businesses and enriching leftist Amazon. DeSantis granted a governor’s pardon to all Floridians prosecuted by COVID fanatics.

DeSantis has acted clearly and articulately against white-bashing Critical Race Theory. He’s solidly pro-life, pro-gun, and pro-borders. What do we need Donald Trump for at this point? He had his chance to take on and defeat the Deep State and the media. Trump phoned it in and failed. How has he earned the right to muddle through once again?

Unlike Trump, DeSantis doesn’t seem to hire longtime enemies who hate him, convinced after a single meeting’s oozing flattery that now they are on his side. Nor does DeSantis soak his supporters for cash, throw them under the bus, or treat runs for public office like a P.T. Barnum circus, conducted for profit. I look forward to hearing from Donald Trump again, on a three-hour daily syndicated radio show.