We are all Jack Phillips now. 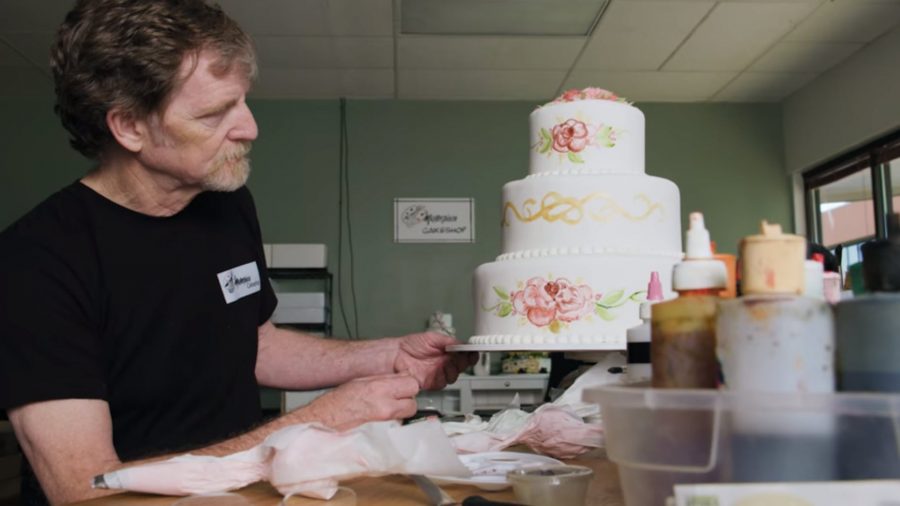 Yesterday, my halfway Woke sister called me from occupied New York. For some reason, she thought I’d have welcomed the Supreme Court decision on Monday. You know, the one that pretends that the Civil Rights Act outlawed LGBT discrimination in 1964. Even though sodomy remained illegal in 49 states. Even though the (lawless) Supreme Court decision invalidating the last of those laws never mentioned the Civil Rights Act. Because Congress in 1964 obviously didn’t intend to ban LGBT discrimination. So our Supreme Court just pulled this decision out of its orifice, to save cowardly legislators of both parties from having to face this issue.

No, I told her, I don’t back this decision. Not because I think most employers should discriminate. But because I think we should be free as Americans to hire and fire, associate with or avoid, just about anyone for any reason at all. I make an exception for descendants of slavery, victims of hundreds of years of U.S. government policy (and subsequent legal segregation). They ought to get special protection. “So should American Indians,” my sister said, and I agreed.

So, we should rewrite the Civil Rights Act to cover only Americans descended from U.S. slaves, and Native Americans. Everyone else, red and yellow, pink or white, should stand on his own. That would give a big advantage to black Americans, who actually deserve it. Dismantle the vast bureaucracy that micromanages every business transaction in America, and let those millions of Karens go get real jobs.

But my real problem with the recent decision is that it will launch a persecution of Christians. And that’s something I oppose. I know, I know, “the blood of the martyrs is the seed of the Church.” But that only really works with real live deadly martyrdom. A terrifying experience, surely, but usually over quickly, and followed by an eternity in heaven with Jesus Himself. That’s pretty much guaranteed, if you’re a martyr, most Christians believe. Many of us could face that, provided the death would be quick.

Much more problematic is the kind of slow, degrading, Jim Crow style mistreatment that Muslims imposed on Christians all through the Middle East. The subjugation of “dhimmitude” doesn’t end in 20 or 30 painful minutes. It lasts a lifetime. It gets imposed on your children and grandchildren. You’ll pay a heavy tax, have to step off sidewalks to make room for Muslims, be forbidden to preach your faith … and in general be treated like an “untouchable” in India. All of that goes away, of course, if you convert.

That method Muslims used to gradually transform the vast, fervently Christian regions of North Africa and the Middle East into solidly Muslim countries. (Of course, genocidal massacres periodically sped things up, and finished churches off.)

Grind Them Down and Peel Them Off

Is dhimmi status what we face today? It certainly seems so. In a brilliant, sobering piece Helen Andrews draws out the implications of SCOTUS’ latest diktat.

Under Bostock, an LGBT employee could allege a hostile work environment if a coworker expressed the wrong opinion about Prop 8 or said he believed a person’s sex is determined at birth. Some employers are already justifying firing workers who won’t use someone’s preferred pronouns because discrimination law requires it. Misgendering, they say, is harassment.

She points out that employers will soon embark on “diversity training” of all employees, to inoculate themselves from lawsuits launched by LGBT employees. De facto hiring quotas loom on the horizon, for the same reason. It gets even worse, folks:

Title VII doesn’t require performance evaluations, grievance procedures, written job descriptions, speech codes, minority hiring targets, or diversity bonuses — yet all of these have been extrapolated from it. More than 80,000 charges of discrimination are filed with the EEOC in an average year, and tens of thousands of those eventually become lawsuits or five- or six-figure settlements. Employers have good reason to want to act defensively.

And of course the Bostock ruling won’t stay confined to employment law. The majority opinion protests, disingenuously, that “sex-segregated bathrooms, locker rooms, and dress codes” are “questions for future cases.” But federal law is full of prohibitions on sex discrimination (Justice Alito’s dissent lists over 100 such statutes), and every one of those will have to be reconsidered in light of today’s ruling.

Christian employers will face special scrutiny, of course, from an LGBT lobby which hates them. They will have to spend tens of millions of dollars on legal fees fighting cases all the way to the Supreme Court, to try and preserve the religious free exercise rights that they had … as late as June 14, 2020. We are all Christian bakers now.

Will We Even Bother to Vote?

Will Christians turn out in droves to support the president who appointed Justice Gorsuch? It’s true that even if he’d voted correctly, Chief Justice Roberts’ vote would still have flipped the persecution switch. (The votes lined up 6-3.) But fixing the courts was one of the main motivations that drove Christians to back Trump, warts and all. It’s harder to make that case now, isn’t it? It doesn’t help that Trump publicly accepted this court decision, and offered no help in trying to mitigate it.

Christians will have to spend tens of millions of dollars on legal fees fighting cases all the way to the Supreme Court, to try and preserve the religious free exercise rights that they had … as late as June 14, 2020. We are all Christian bakers now.

Maybe Trump didn’t know that Gorsuch would vote this way. He trusted his conservative legal advisors, and turned the judge-vetting process over to the Federalist Society. We’ve been told to rely on that organization, and it often does a good job. How did it fail so spectacularly on Gorsuch? Why did we let ourselves be sold on a judge who attends a gay-friendly Episcopal church, even though he still claims to be Catholic? Because we trusted the folks at the Federalist Society.

What Did the Federalist Society Know and When Did They Know It?

Should we? I’ve come across some evidence that troubles me. Gorsuch’s views on LGBT issues weren’t some nuclear secret, locked in a vault. They were on clear display in a previous ruling he made back in 2008. That case, Kastl v. Maricopa County, concerned a man who claimed to be a woman, and demanded use of the ladies room. He was later fired.

While Kastl lost his case, the Ninth Circuit Court affirmed … exactly what the Supreme Court ruled this week. That Title VII of the Civil Rights Act applied to “transgender” issues, and protects such putative “women.” Gorsuch signed that ruling, without dissenting from that radical claim.

So Gorsuch was already on the record as agreeing with the wildest theory advanced by the Obama administration and the LGBT lobby about the secret meaning of the Civil Rights Act. Yet the Federalist Society approved him as a top candidate for Trump to appoint to the court.

That leaves me with some questions. Did the Federalist Society simply miss that case? That doesn’t say much for their research department, does it? Gorsuch wasn’t serving on some obscure family court bench in Guam, but the Ninth Circuit Court of Appeals in San Francisco. Here was a ruling that obviously touched on an issue central to Christians’ religious liberty, affirming a blatantly false reading of the 1964 law. The reddest flag imaginable, apart from Gorsuch owning and operating an abortion clinic. (As far as I know, he doesn’t.)

But a highly placed source in the Christian legal community told me that Leonard Leo, co-chairman of the Federalist Society, was fully aware of this ruling by Gorsuch. If that were true, it would mean that religious liberty is not really that important to the Federalist Society. So what exactly is?

Thanks to either blatant incompetence, or a hidden agenda, the Federalist Society has helped unleash a wave of vicious litigation against millions of Christians in America. Tens of millions that could have been spent feeding the poor, saving babies, or teaching the Gospel will now go to … lawyers. Probably to members of the Federalist Society.