Happy Real Columbus Day. Did You Know He Was Driven to Explore by the Need to Combat Jihad? 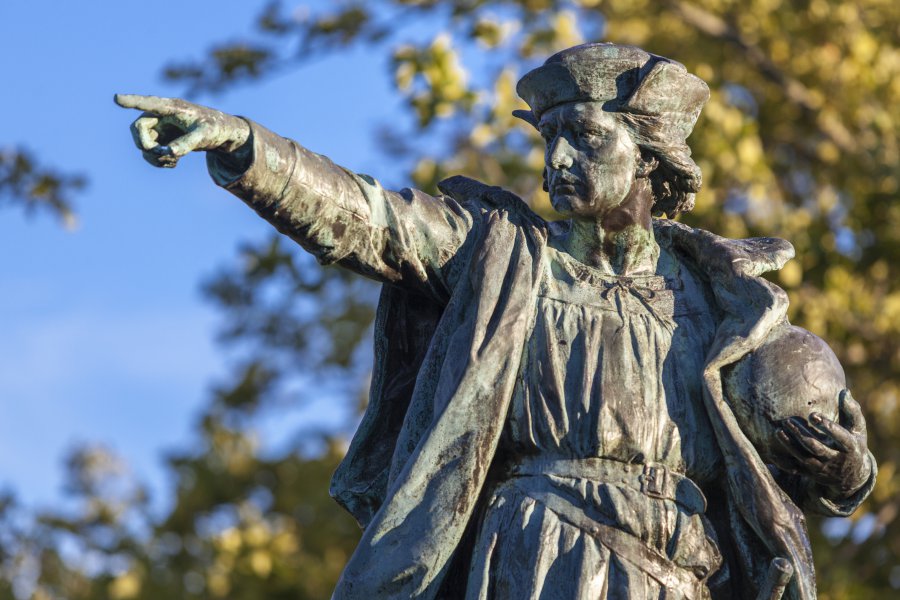 October 12 is the real anniversary of Columbus’ landing in the New World. And another “Indigenous Peoples Day” has come and gone. It was “celebrated” with typical and outraged wokeism concerning the Italian explorer’s alleged “genocide” against the natives. Yet another Columbus memorial was also defaced in Massachusetts — with the words, “Genocider” and “Death to Amerika” sprawled with blood red ink.

Once venerated as a great hero, it is hard nowadays to find a kind word about Columbus among America’s leadership. This, of course, does not apply to Floridian governor Ron DeSantis, who has no problem defying political orthodoxy. In fact, one year ago today, on October 11, he signed a proclamation stating:

Columbus stands a singular figure in Western Civilization, who exemplified courage, risk-taking, and heroism in the face of enormous odds; as a visionary who saw the possibilities of exploration beyond Europe; and as a founding father who laid the foundation for what would one day become the United States of America, which would commemorate Columbus by naming its federal district after him.

Columbus Was a Crusader Against Intolerant Islam

While all this is true, Columbus stands for and is a reminder of something else that is now little known if not completely (and intentionally) forgotten: he was, first and foremost, a Crusader — an avowed enemy of the jihad. His expeditions were, first and foremost, about circumventing and ultimately retaliating against the Islamic sultanates surrounding and terrorizing Europe — not just “finding spices” as we were taught in high school.

When he was born, the then more than 800-year-old war against Islam — or rather defense against jihad — was at an all-time high. In 1453, when Columbus was two years old, the Turks finally sacked Constantinople, an atrocity-laden event that rocked Christendom to its core.

Over the following years, Muslims continued making inroads deep into the Balkans, leaving much death and destruction in their wake, with millions of Slavs enslaved. (Yes, the two words are etymologically connected, and for this very reason.)

Sawing Bishops in Half

In 1480, when he was 29, the Turks even managed to invade Columbus’s native Italy, where, in the city of Otranto, they ritually beheaded 800 Italians — and sawed their archbishop in half — for refusing to recant Christianity and embrace Islam. 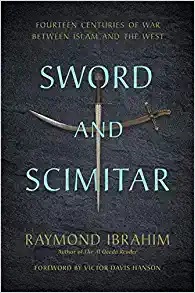 It was in this context that Spain’s monarchs, Ferdinand and Isabella — themselves avowed Crusaders, especially the queen, who concluded the centuries-long Reconquista of Spain by liberating Granada of Islam in 1492 — took Columbus into their service.

They funded his ambitious voyage in an effort to launch, in the words of historian Louis Bertrand, “a final and definite Crusade against Islam by way of the Indies.” (It, of course, went awry and culminated in the incidental founding of the New World.)

Outflanking the Muslim Empire that Threatened Us

Many Europeans were convinced that if only they could reach the peoples east of Islam — who if not Christian were at least “not as yet infected by the Muhammadan plague,” to quote Pope Nicholas V (d.1455) — together they could crush Islam between them. The plan was centuries old and connected to the legend of Prester John, a supposedly great Christian monarch reigning in the East who would one day march westward and avenge Christendom by destroying Islam.

All this comes out clearly in Columbus’s own letters: in one he refers to Ferdinand and Isabella as “enemies of the wretched sect of Muhammad” who are “resolve[d] to send me to the regions of the Indies, to see [how the people thereof can help in the war effort].” In another written to the monarchs after he reached the New World, Columbus offers to raise an army “for the war and conquest of Jerusalem.” That his voyages centered on liberating Jerusalem from Islam is evident in the title of one 2011 book titled, Columbus and the Quest for Jerusalem.

Nor were Spain and Columbus the first to implement this strategy. Once Portugal was cleared of Islam in 1249, its military orders launched into Muslim Africa. “The great and overriding motivation behind Henry the Navigator’s [b. 1394] explosive energy and expansive intellect,” writes historian George Grant, “was the simple desire to take the cross — to carry the crusading sword over to Africa and thus to open a new chapter in Christendom’s holy war against Islam.” He launched all those discovery voyages because “he sought to know if there were in those parts any Christian princes,” who “would aid him against the enemies of the faith,” wrote a contemporary.

Egad, Were They … Islamophobes? But Why?

Does all this make Columbus and by extension Ferdinand and Isabella — not to mention the whole of Christendom —“Islamophobes,” as those few modern critics who bother mentioning the jihadist backdrop of Columbus’s voyage allege?

A primary force behind Columbus’ Atlantic crossings was a fear and hatred of Islam…. This shaped how white Europeans engaged with the “New World” and its native peoples for centuries, and how today’s Americans understand the world.… Columbus was born into Europe’s anti-Islamic mind-set in 1451…

While this is true, Mikhail does not bother explaining why there was such a “fear and hatred of Islam,” or why Europe had an “anti-Islamic mind-set,” in the first place. “White Europeans” were just unenlightened bigots (“racists” in contemporary, if infinitely overdone, parlance).

But therein lay the irony: yes, Columbus and Europeans were “Islamophobes” — but not in the way that word is used today. While the Greek word phobos has always meant “fear,” its usage today implies “irrational fear.” However, considering these facts:

The very suggestion that Western fears of Islam were, or are, “irrational” is itself the height of irrationalism.

Raymond Ibrahim, author of Defenders of the West: The Christian Heroes Who Stood Against Islam and Sword and Scimitar is a Shillman Fellow at the David Horowitz Freedom Center, a Judith Rosen Friedman Fellow at the Middle East Forum, and a Distinguished Senior Fellow at the Gatestone Institute.</span