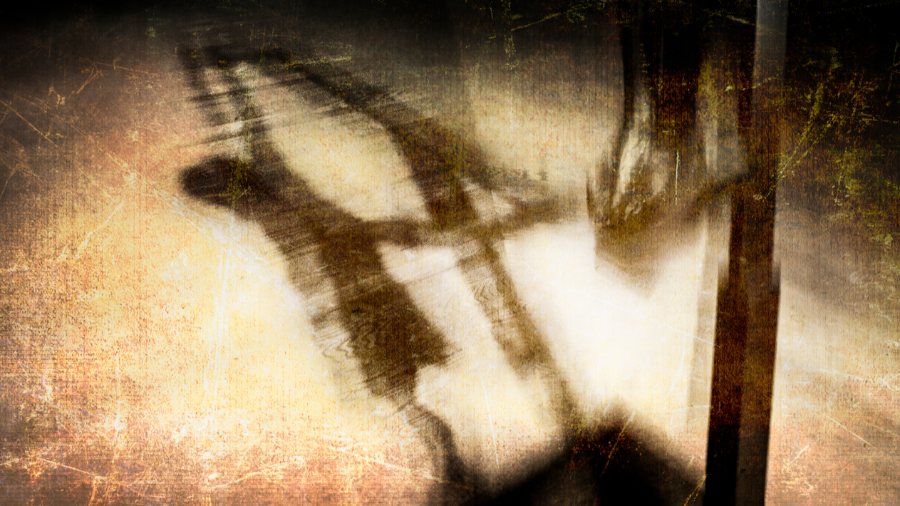 “Now is the very witching time. Graveyards yawn and hell breathes contamination upon the world.”

Zombie Morality Marching Through Our Streets

Halloween is upon us again, and Hamlet’s famous words also describe the un-dead moralities that haunt America, with the eclipse of Judeo-Christian morality.

An Addams family of ghoulish misfits marches up the street. Women wear giant privates in public. Men in drag lurch into ladies’ restrooms, shelters, and prisons. Hags cackle as they spill the blood of unborn innocents. “Gays” sue bakeries and flower shops that refuse to celebrate their sad confusions.

The demands of the progressive Left for “Equality!” “Fairness!” and even “Kindness!” are echoes of the living Gospel. It was Judeo-Christian morality that gave a dying Greek culture new life and called us to care for those on the margins. But arms which once reached out to embrace the needy now twitch at ugly angles, as zombie moralities march out ugly from their graves.

The Enlightenment or Christianity?

“Wait. Did you just claim that Christianity brought new life to western civilization? That would be the Enlightenment, you mean!”

No, I do not mean the Enlightenment. And by the way, the life, teaching, and love of Jesus transformed not just the West, but the entire world. Consider the work of sociologist Robert Woodberry, and what Edmund Burke called the “little platoons” that form a healthy civil society. Where men and women have carried an open Bible to preach the Word of God, hospitals were founded. Newspapers began. Schools sprang up. (My wife studied in Catholic schools as a girl from a Buddhist family in Japan.) A robust conversation, free from but not blindly opposed to governing powers, commenced, allowing ordinary men and women to participate in government, and promoting the growth of healthy democracies.

Church- and mission-based schools educated nations, while elites hide the Christian origins of their academies in embarrassment.

Though the Bible never directly said, “Thou shalt let slaves go,” yet it awakened hearts, moving slave owners to recognize servants as brothers and sisters. Job had already asked, “Did not he who made me, make my servant?”

Jesus undermined slavery even more profoundly. How can one forgive one’s enemies, risk one’s life for a mugging victim as the Good Samaritan did, or love one’s neighbor as oneself, if that neighbor remains hobbled in chains of your forging? The gospels were a series of hand grenades lobbed into the structures of social oppression, rupturing chains of bondage.

You doubt me? Read Uncle Tom’s Cabin, which set the North in resolve against slavery. The book is less a story than a theological argument. “Can Christians own slaves?” The answer to which Harriet Beecher Stowe and others forced America was, “Lord, have mercy.” Finish the novel, underlining the many Bible verses, then read Abraham Lincoln’s second inaugural address.

Missionaries and Freedom for Women

We are told that Christianity oppresses women. In fact, the Gospel has freed billions of women around the world. I remember bringing the Gospel to a Thai village where girls were being sold as cheap sexual objects in the 1980s. This trade was much in the spirit of the ancient Greeks. It outraged my soul, and inspired me to fight sexual slavery on the streets of East Asia.

A 1988 United Nations survey showed that women almost always hold a far higher status in countries that have enjoyed a moderately long Christian heritage. Women with the lowest status live mostly in Muslim, Hindu, and some African countries. The Gospel struck patriarchal Asia like a thunderbolt. Missionaries denounced the burning of widows in India. They protested the breaking of little girls’ bones in China to hobble through life after husbands. The Salvation Army blew trumpets and banged drums in the red-light district of Tokyo to set girls free from brothels.

Girls in Asia no longer hobble. Neither are they burned on funeral pyres. Nor are they locked indoors, except in some Muslim countries which have resisted the influence of the Gospel most fiercely. Young women have taken their places among my best students in Japan and China.

Who Brings Death to Death?

The Enlightenment did not do that. Neither did the Sumerian goddess Ishtar, who threatened the first zombie apocalypse, or the stone faces of Egypt, whose literature hides the personalities of its people. The Old Testament presented women as human beings, even heroines. Esther saves Israel. Ruth comforts her mother-in-law. The Wife of Noble Character in Proverbs 31 runs businesses, gives to the poor, and teaches. Jewish midwives save babies from Egypt’s local chapter of Planned Parenthood. Jesus healed women, saved them from being stoned and called them to actively bless others in public ministry.

Are progressive activists true children of the Enlightenment? Or a pack of lurching lunatics? Maybe both. The Left’s concern for those on the margins is a slender beam shed by the Light of the World, reflected off a wargish full moon.

Modern Halloween, ISIS and Planned Parenthood alike celebrate death. Zombie moralities mindlessly hate the life they have lost power to enjoy. But let the ghouls have their dance under the Halloween moon. Let Death have a holiday before it dies. The shadows lengthen with every shortened day until Christmas lights come up. The Light of the World shines most brightly at the winter solstice, for Easter is on its way.

Dr. David Marshall is the author of several books, including Jesus is No Myth: The Fingerprints of God on the Gospels, and How Jesus Passes the Outsider Test for Faith. While living at present in coastal China, David has also hunkered down long-term in Japan, Taiwan and England, as well as his native Seattle and adopted Southeast Alaska. David holds a B.A. in the Russian and Chinese Languages and Marxism, an M.A. in Chinese Religions, and a Ph.D. in Christian Thought and Chinese Tradition.

Blacks and Jews as Minority People Who Were Once Enslaved