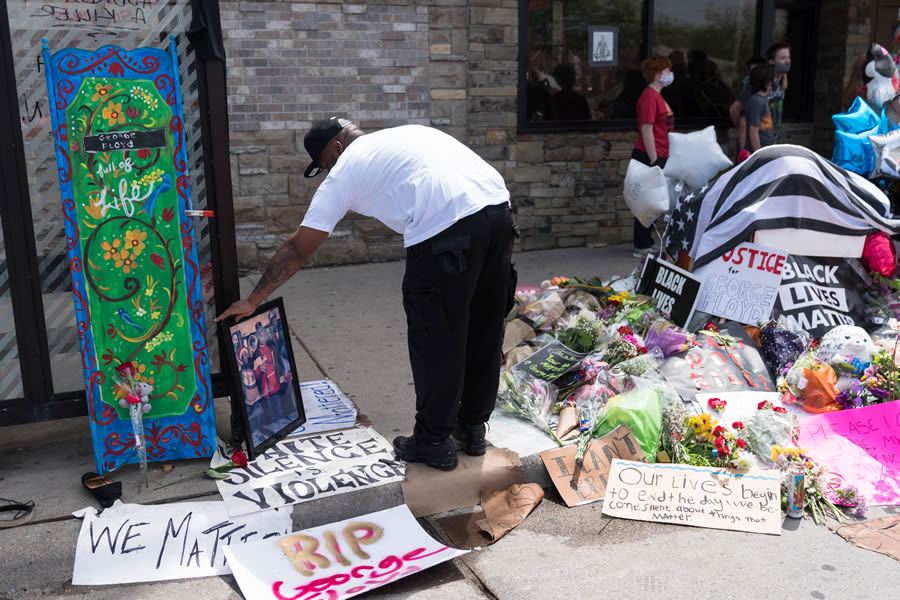 Not because I identify with George Floyd as a police officer kneeled on his neck.

The only time I interacted with police officers was when I was stopped for speeding. It’s not that.

I grieve for his mother.

I don’t know if she’s alive. But I hurt for her.

Because her baby, in the middle of dying, called out for her. A grown man.

I’ve heard of it before — adults who are dying calling for their mommas. But here it is again.

As a mom of four boys, I know the need to comfort our babies, even after they grow up.

She couldn’t be there. He died at the hands of those who showed up.

Those who swore to “serve and protect.”

But kneeling there on his neck

The officer, who was white,

Took a life. He had no right.

Now it’s a blight on those who truly want unity

It hurts me. I wish I could say with certainty

That things are better than they once were

But are they? I’m not sure.

Most importantly, as a mother of sons, I cry

That a son called out for his momma as he took his last breath — why?

Prayerfully, I look to heaven for the answer.

“You will know you are mine by your love for one another,” He said.

Let’s love each other, each sister, each brother. May his mother find peace

That only He can give

When you and I are His love with skin, and

reach out to her and those who don’t look the same.

This isn’t a game. Are you in?