‘Green Energy’ is the Peyton Place of Today 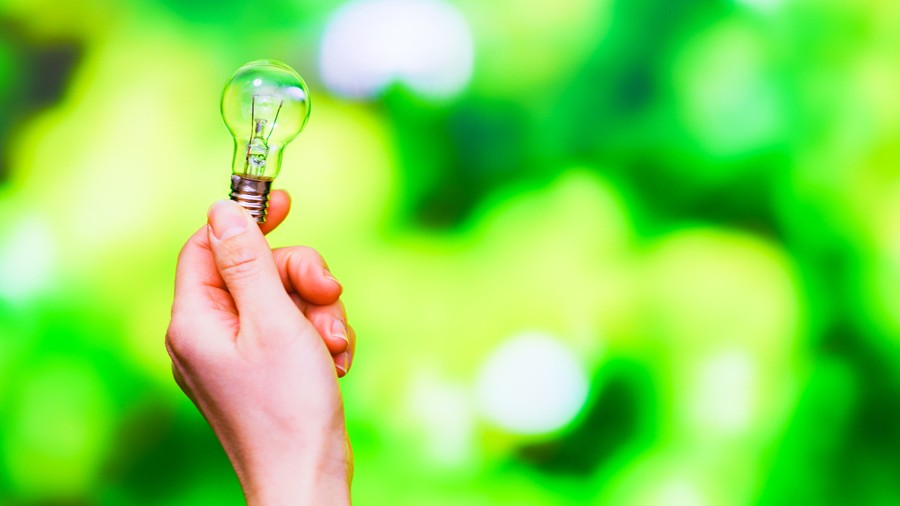 Those of you who have been around a while (like me) probably remember the TV soap opera, Peyton Place, that aired on ABC from 1964 to 1969. There were a total of 514 episodes, crossing over the black and white/color partition with episode #268.

The setting was a beautiful — seemingly perfect — little New England town that looked like it belonged on a post card. But in reality, there were a lot of illicit activities that went on “under the radar.” The town was filled with adultery, murder, and other despicable acts.

The scribes and Pharisees had their own “Peyton Place” façade, and Jesus called them out on it. He said, “You cleanse the outside of the cup and dish, but inside they are full of extortion and self-indulgence.” He went on to compare them to “whitewashed tombs which indeed appear beautiful outwardly, but inside are full of dead men’s bones and all uncleanness” (Matthew 23:25-27).

Hmmm … extortion and self-indulgence. The Green Energy “Peyton Place” of today must be using the same play book as the Pharisees. The Free Dictionary defines extortion as “Illegal use of one’s official position or powers to obtain property, funds, or patronage.” That’s a pretty good description of the Democrats’ push to extort us by trying to force us to comply with the unproven theories of the climate cult.

And there’s plenty of self-indulgence, too. Al Gore has reportedly increased his wealth by at least $100 million with climate change-related investments. And when current Energy Secretary, Jennifer Granholm, was asked last year about the Colonial pipeline cyberattack, she replied, “If you drive an electric car, this would not be affecting you, clearly.” At the very moment she said that, she held $5 million in stock options from Proterra, a company that makes electric buses, car batteries, and charging stations.

Not Such an ‘Electrifying’ Experience

DOT Secretary Buttigieg staged a fake bicycle ride to a White House Cabinet meeting on April 1. But it wasn’t an “April Fool’s” prank. His gas-guzzling SUV stopped just short of the White House to unload his bike to allow him to get a photo op and appear to ride his bicycle to the meeting and thereby “practice what he preaches.”

And according to data obtained by Fox News through FlightAware, John Kerry’s family jet, a Gulfstream GIV-SP, has made a total of 48 trips, equating to 60 hours of flying, and has emitted an estimated 325 metric tons of CO2 since Biden took office. And he’s the “green energy czar.” These people are complete frauds.

But the ugly truth is, electric vehicles are not the environmental utopia that their façade portrays. A London-based research company concluded that by 2030, the EV market share will require 314,000 tons of cobalt for the batteries. And 60% of the world’s cobalt supply is found in the China-backed Democratic Republic of Congo and is mined by child slave labor. Congressman Christopher Smith (R-NJ) told a House Committee on Foreign Affairs on July 14, “On the backs of trafficked workers and child laborers, China exploits the vast cobalt resources of the DRC to fuel its economy and global agenda.”

Moreover, the EV charging stations are about as “fake green” as Buttigieg’s bicycle stunt. Those charging stations don’t magically produce electricity; it comes from our grid, which is largely supplied by fossil fuels. The same is true in many countries worldwide (click here for chart). 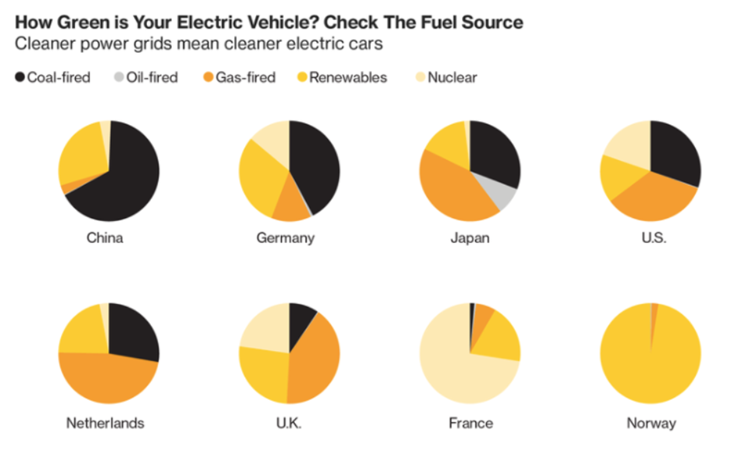 What do you think lubricates those massive windmills … fairy dust? Each one requires about 80 gallons of oil. Texas alone has 33,000 windmills, so they require about 48,000 barrels of oil. Oh, and that oil has to be changed out every year. I don’t care, but it you’re convinced that oil is so evil, why don’t you see how long your windmills will spin without it?

The giant turbines actually hurt our environment by killing birds. Joel Merriman, a wind specialist at American Bird Conservancy, estimates that there are over a million birds killed every year.

I’m not opposed to using wind. Heck, I’m not opposed to hamsters on wheels for electricity. My objection is to the government paying subsidies. It’s not fair to the other companies that supply electricity. And it’s not fair to the person making $30k a year when their taxes go toward helping a guy making $200k to buy a new Tesla. If an industry can’t stand on its own “two legs” and compete on a level playing field, it should be on the ash heap of bad ideas.

One word: China. As shown on the following chart, all steps in solar panel production are dominated by China (click here for chart). 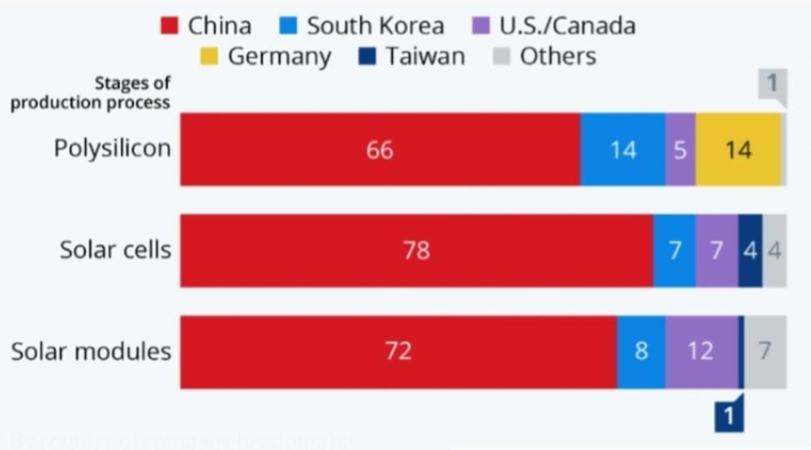 According to a Fox Business report, “China-made panels are coming via countries like Malaysia, Vietnam, and Thailand in order to skirt tariffs.” China is by far the greatest threat to the United States in the world today. They already have the largest navy fleet, and they’re the only country currently building up their nuclear arsenal. Why are we enriching China’s cause while we’re sitting on at least a 200-year supply of oil and gas? It’s absolutely insane!

And aside from the economic considerations, the solar panels aren’t very “green” anyway — just like the electric cars and windmills. A Wall Street Journal report in July noted, “Most of [the panels] are produced with energy from carbon-dioxide-belching, coal-burning plants in China.”

Tiptoe Through the Tulips

But there’s an even greater farce behind the climate change cult than false claims of lowering CO2 emissions. And that is, there’s never been a scintilla of proof that CO2 is bad for our planet in the first place.

In the Netherlands, farmers are pumping additional CO2 into their tulip greenhouses, making the CO2 level three times higher than on the outside. And their yields are two to three times greater. (Tiny Tim would have a field day.) That doesn’t sound like it’s at odds with nature.

We’ve all heard it said, “If you say or hear something over and over, you will eventually begin to believe it.” There have been studies that support that. It’s called the “illusory truth effect.” The studies have given participants a list of statements and asked them to judge whether they are true or false. The process is repeated week after week. Some of the false statements were repeated on the list each week and some were not. The more the false statements were repeated, a greater number of participants believed they were true.

So, what should our response be? “Rejecting all falsehood [whether lying, defrauding, telling half-truths, spreading rumors, any such as these], speak truth each one with his neighbor” (Ephesians 4:25, AMP).