The Islamic State is luring us toward an apocalyptic battle that suits its delusions. 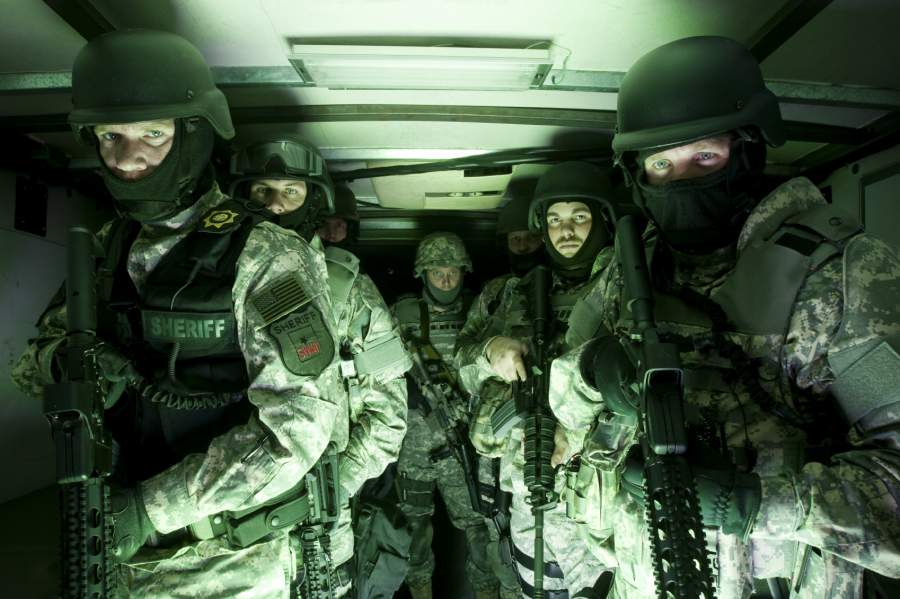 Up till now, the U.S. has relied on Special Forces units in the fight against ISIS, but our enemies are doing all they can to lure us into a ground war.

The emerging threat of ISIS means America can no longer rely on outsourcing this effort to the shadow wars of Special Operations. It is front and center and growing more so every day, which means that our collective focus as a nation really needs to include facing this new reality.

One thing is certain. The actions by the U.S. over the last fourteen years of simply targeting violent extremists with lethal strikes while America goes about its day to day business, are not working.

Even with the death of al Qaeda leader Osama bin Laden and the desire of the Obama Administration to pivot away from the Middle East toward cyber threats and the Pacific Rim, our most pressing enemies — Islamist violent extremists — still have a vote.

And their vote is to hold onto the U.S. firmly by the belt buckle and pull us deeper into this struggle of the ages.

The emergence of the self-proclaimed Islamic State (ISIS), especially with their digital storytelling, including audacious violence, through social media, has brought Islamist violent extremism out of the shadows, onto the world stage and right into our communities.

This is now a war to which every American should pay attention, and on which a national discussion should be joined.

ISIS, more so than any extremist group on the planet, is committed to an end of days scenario. They are establishing a global caliphate with the intention of achieving the Islamic prophecy of ushering in “judgment day.” This group will go to any length to draw us into their perverse universe of violence and apocalyptic revelation.

In order to do that, they need a set piece battle of epic proportions, and most importantly . . . they need to draw in the U.S. and its Western allies as the starring role of Crusader.

This is precisely why we see the overt violence coming to us via YouTube of beheadings, burnings etc. They want us to respond with large scale conventional force. They need it to fulfill the prophecy. This manufactured holy war is the essential lynch pin to the ISIS narrative for recruiting and for realizing their strategic objectives.

The challenge here is that this ideological commitment of ISIS that is so overtly medieval and violent, in order to achieve a modern-day apocalypse, seems too far-fetched for most Americans and Westerners to believe.

There is no telling how far ISIS will go to draw us in.

For this reason, every American should consider the lengths ISIS will go to in order to draw us into their manufactured holy war. It’s time for the U.S. Government and those of us prosecuting this fight to bring in the talent and capacity of the United States citizenry.

Unless we plan to follow the role of ‘unwitting crusader’ that is being spun for us by these extremist myth entrepreneurs, we need to bring this war with ISIS and Islamist violent extremists out of the shadows and into the light.

Only by coming together as a nation, opening our eyes to this emerging reality and adapting how we fight them can we defeat this threat and protect our democratic ideals.