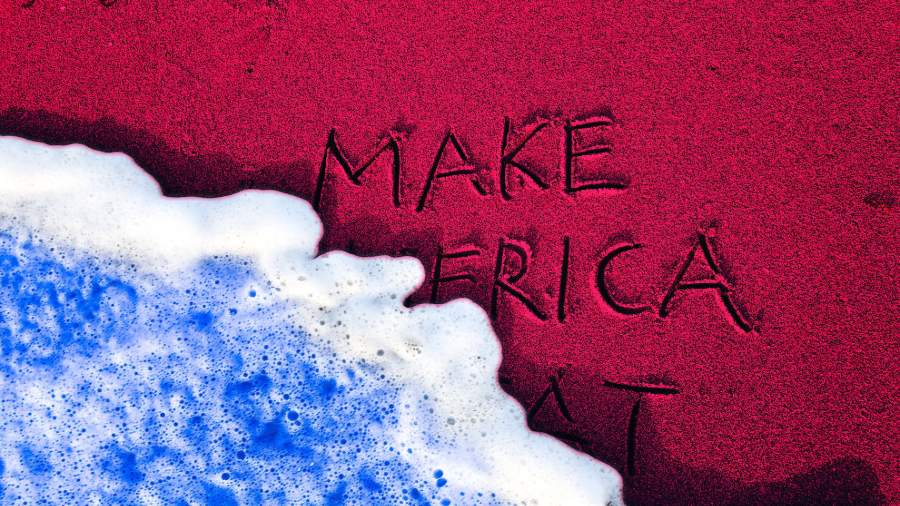 Conservatives are bemoaning the mediocre performance Republicans had in the midterm elections. It is typical for the party in power to lose the House during the midterm elections, but Republicans also lost some big statewide races, particularly in Arizona where a U.S. Senate seat, secretary of state and superintendent of schools all switched to blue. Overall, however, it was not quite a blue wave. Republicans won two key statewide races in Florida: a U.S. Senate seat and the governorship.

We Should Have Done Worse

So why should we be glad for this mediocre performance? Because the Democrats dominate education, the media and Hollywood (they also dominate the legal system, but that’s another story for another day). And aging hippy Baby Boomers have raised the latest generation of adults, the Millennials. We should have done worse.

The Democrats spent years brainwashing our children in the public schools and universities. K-12 and college youth are now taught that Republican ideals are racist, sexist, homophobic — so wrong that they must be censored out of society. Those who disagree with this groupthink are punished. It takes guts to stand up and be a pariah among your fellow students and risk getting a bad grade from your teachers. Democrats constitute 41 percent of K-12 teachers. Only 27 percent are Republicans. Half voted for Hillary Clinton in the 2016 presidential election, in contrast to 29 percent for Donald Trump. The school administration forces liberal curriculum on the teachers, which counters any conservatism they may have.

K-12 and college youth are now taught that Republican ideals are racist, sexist, homophobic — so wrong that they must be censored out of society.

Democratic professors in college outnumber Republicans even worse, 10 to 1. The Harvard University faculty backs Democrats 96 percent of the time. One of the few faculty members there who is not a Democrat was too afraid to comment about it. “Sorry, but the smart thing for me to do about this kind of issue is not to comment!” he said when asked for a comment by Fox News.

The Media and Hollywood

The Democrats control most of the media, constantly spinning the news to make Republicans look mean and Democrats look like saints. More than 96 percent of donations from media figures to either of the two major-party presidential candidates went to Hillary Clinton. The three major TV broadcast networks have the most hostile coverage of a president in TV news history — 92 percent. Only eight percent of the coverage of Trump is positive.

Hollywood movies do the same thing. I just watched “The First Purge,” which is a classic example of this bias. It features a party in power known as “The New Founding Fathers of America.” This administration starts a “purge,” where for one day a year, crime is legal and people are free to go around murdering other people and committing any crime they want. The NRA supports the purge. The administration justifies it with the need for population control of poor people.

It’s the same old tired Hollywood plot to portray Republicans as evil and Democrats as righteous moral crusaders. Beautiful minorities comprise the opposition fighting back against this oppressive regime. Republicans are always portrayed as old white men and Democrats as that attractive person you’d like to be friends with. Teenage minds are more impressionable than adults; what are they going to think of the mostly white (translate: racist) party that wants to murder poor people? None of the stereotypes are accurate, it’s become pretty well-known lately that Democrats were the party of racism, and there are plenty of minorities in the Republican Party who don’t buy into the Democrats’ lies.

Millennials reached voting age after the worst of this indoctrination and consequently vote more Democratic than previous generations. This was also due to the influence of their left-leaning Baby Boomer parents. NPR exit polls from the midterm elections reported that two-thirds of people age 18-29 voted Democrat, which is a major bump from previous midterms. They also turned out in bigger numbers than they did in the last midterms. Young-adult turnout surged by 188 percent in early voting compared with 2014. One quarter of all voters now are Millennials.

I said for years during Barack Obama’s presidency that Republicans would need a celebrity in order to take back the White House due to the amount of indoctrination — and sure enough, along came Donald Trump. Trump was a Democrat for much of his adult life, and palled around with the top Hollywood elites. He was able to attract a portion of the population that is wowed by celebrities. He may not reflect conservative values perfectly due to his background, but to the left’s dismay, he is getting a lot accomplished for Republicans. And he is making significant inroads against the left’s dominance of the media by tweeting directly to the American people every day.

Fortunately, there are signs things may be changing. The #WalkAway and BLEXIT movements are composed of minorities leaving the Democrat Party and exposing its deception. As technology continues to evolve, there are new areas of influence online opening up to impact the younger generations, bypassing education, the media, Hollywood and their parents. And the children of Gen X are now becoming adults, who are more conservative than the Millennials. There is some hope we haven’t lost it all.