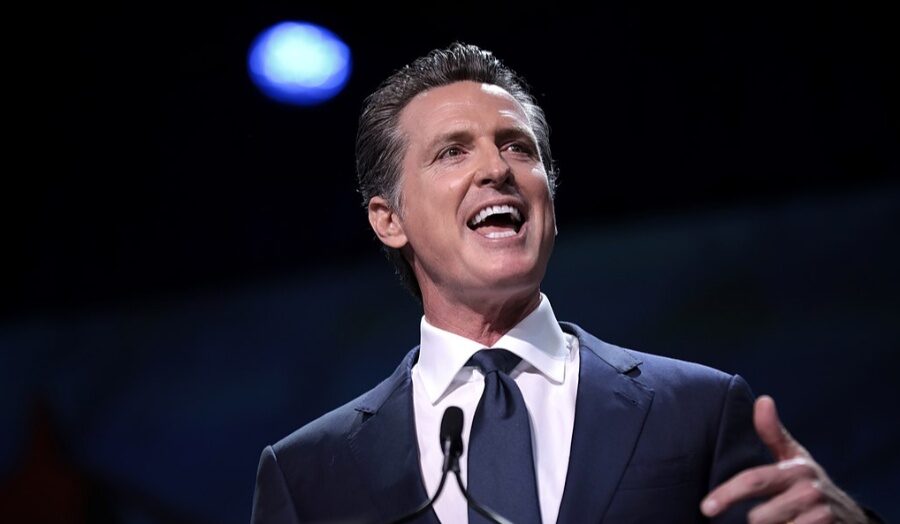 It would be funny if it were not so pathetic. California Gov. Gavin Newsome, one of the nation’s most liberal governors and a political pioneer in gay activism, has now been mockingly labeled a transphobe. Why? It is because he dared to state that men can’t become pregnant. I kid you not.

As a Fox headline declared, “Gavin Newsom savagely mocked as ‘disgusting transphobe’ for claiming men can’t get pregnant at abortion rally. ‘If men could get pregnant, this wouldn’t even be a conversation,’ the governor told the crowd of abortion supporters.” 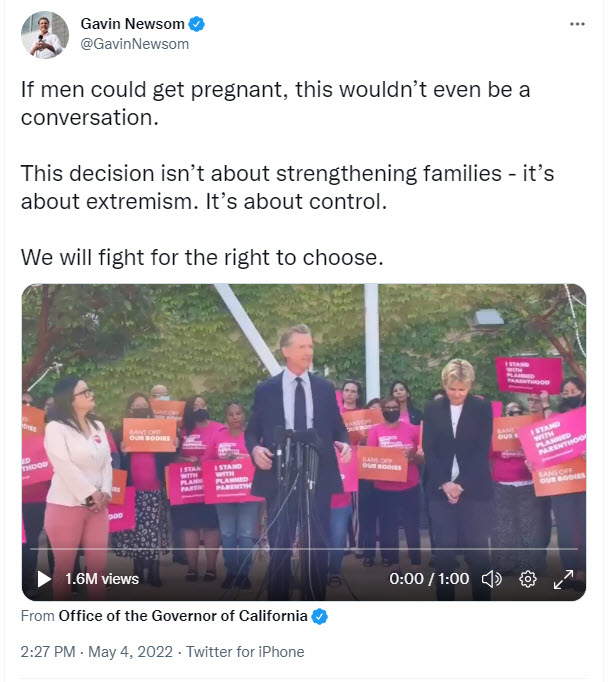 And with that, he crossed a sacred transgender line, just as feminist and gay ally J.K. Rowling did some months earlier.

In Newsom’s case, he simply stated the obvious without considering how his statement would sound to radical trans activists. Men can’t get pregnant. Correct!

He Forgot That the Left Redefined the Words ‘Woman’ and ‘Man’

But alas, he failed to remember that, today, men can get pregnant — that is, women who believe themselves to be men. (For a sampling of some great, sarcastic replies to Newsom, see the Fox article just cited.)

As stated by trans activist Alexis Rangel, and without reference to Newsom’s comment, “We have to recognize that this decision [by the Supreme Court to overturn Roe] will impact trans folks. Particularly trans men and nonbinary folks who need access to reproductive healthcare and abortion specifically.”

Ah yes, “trans men” who are actually women with wombs and reproductive organs.

In Rowling’s case, her statement came as an intentional corrective to radical trans activism. It is not people who menstruate, she pointed out, but women who menstruate.

“Cancel her!” came the spirited cry.

“Men can menstruate too,” they shouted, as evidenced by the college campuses that now provide tampons in the men’s bathrooms as well as in the women’s bathrooms.

Can we call this anything less than transanity, not in mockery of those who truly struggle with gender identity confusion but in recognition of this social madness?

This is the day of “chest-feeding” fathers — meaning, biological women who are mothers of their children but have “transitioned” into bearded men with female organs.

This is the day when Twitter will ban you for stating that Richard “Rachel” Levine is a biological male.

This is the day when the NCAA will fight for the right of Will “Lia” Thomas to compete against female swimmers, crushing their records along with their hearts and hopes.

Most tragically of all, this is the day when it is becoming increasingly common to read headlines like this: “Double Mastectomy at 15, Detrans 16-Year-Old Now Seeks Reversal.”

Yes, “Penny was just 11 years old when she decided that people online were right — that she was ‘transgender.’ At 13, she was prescribed hormone blockers, and by 15, she’d had a double mastectomy. Now, at 16, she’s raising money on gofundme for a breast reconstruction.”

Yet much of the medical profession still cheers this madness on. (How much of this is driven by greed?)

And as the body count of mutilated, sterilized teens and young adults grows by the day, “Rachel” Levine proclaims, “There is no argument among medical professionals – pediatricians, pediatric endocrinologists, adolescent medicine physicians, adolescent psychiatrists, psychologists, etc. – about the value and the importance of gender-affirming care.” (And remember that Levine made this statement in his capacity as President Biden’s Assistant Secretary of Health.)

Chesterton’s Dystopian World Has Arrived, and Eventually the World Will Realize It

Many years ago, G.K. Chesterton said, “We shall soon be in a world in which a man may be howled down for saying that two and two make four, in which furious party cries will be raised against anybody who says that cows have horns, in which people will persecute the heresy of calling a triangle a three-sided figure, and hang a man for maddening a mob with the news that grass is green.”

We are in that world today.

The good news, to once again point out the silver lining in this cultural madness, is that the emperor’s new clothes only reveal his nakedness, and the more this madness continues, the more it will be seen for what it is.

Again, quite tragically, there are young people who are being scarred (very literally) for life, with little way to repair the damage. (See here and here for recent stories.) In the years ahead, there will be many lawsuits, along with many suicides. May God have mercy and bring justice and restoration, somehow, someway.

But that is precisely why I believe the day will come (may we live to see it!) when we will look back at the world of today and say with grief and shock, “What on earth were we thinking?”