Is the GOP the White Supremacist, Antisemitic Party? 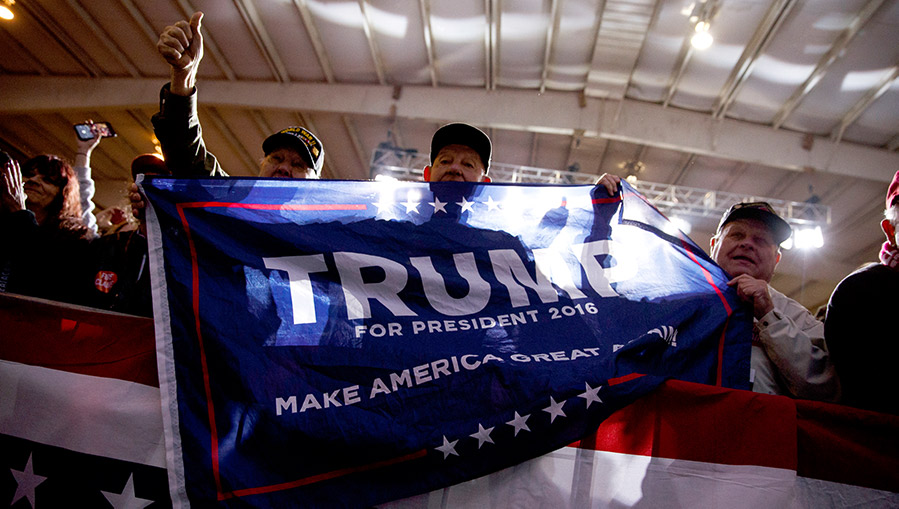 According to the new socialist star Alexandria Ocasio-Cortez, it is imperative to vote for Democrats on the 6th in order to “defeat the brutal white supremacist forces of anti-Semitism, anti-immigrant nativism, and racism. . . . We can send a message to the bigots and billionaires that this country belongs to all of us.” She also referred to Republicans as “cold-hearted monsters.”

As if this wasn’t enough, she made these statements in a fund-raising email on the heels of the Pittsburgh synagogue massacre. In fact, that tragedy was prominently featured in her email.

Is there any truth to her claims? Any hint of accuracy or reality? Or is this simply over the top, emotionally-charged, political rhetoric, part of what Andrew Breitbart identified in 2012 as coming straight out of the Democrat playbook? (In his words, “One of the most effective tactics that the left has is the ability to accuse its opponents of ‘being a racist.’ . . . It is the most effective tool that the Democrat-media complex has.”)

To be sure, the Republican side has also engaged in fear-based rhetoric, from the president down, issuing dire warnings about what could happen should the Democrats reclaim Congress. (Even if you agree with the substance of the warnings, they’re clearly exaggerated.)

But Ocasio-Cortez’s wholesale disparaging of her political opponents in such ugly terms has few, if any, parallels on the Republican side.

So, I ask again, is there any truth to her claims?

Being Supported By White Supremacists Doesn’t Make You One

But there’s no question that groups like Antifa and the New Black Panthers vote Democrat rather than Republican, finding harmony with the Democrats’ identity politics. And there’s no denying the racist and hateful attitudes among these groups, including antisemitism.

So, the fact that, say, the KKK supported Ronald Reagan doesn’t make Reagan a white supremacist anymore than Black Panther support of Barack Obama made him a black supremacist.

But does he really employ white supremacist rhetoric (which, for the record, virtually always include Jew-hatred)? Does he demean African Americans as second-class citizens? Certainly not.

So, the old narrative is the new narrative. Trump is a Nazi, supported by Nazis, and anyone who votes for him is a Nazi too.

It certainly does, and these right-wingers then add their own spin to his words.

But the bottom line is that the president is working to improve the lives of all classes of Americans, while insiders have told me of his real concern about the inner-cities of America, which, as we know, are not primarily white. (And if Trump was a white supremacist, why would he tout positive meetings with black leaders?)

As for immigration issues, yes, there is fear-based rhetoric that Trump is using, and yes, it can stir up negative emotions about Hispanics and others. I believe he can get his point across without appealing to some of our worst instincts.

But the big issue for Trump and his base is illegal immigration, especially the illegal immigration of those who don’t belong in America. (For a balanced perspective from a Hispanic American church leader, see here.) And the alt-right itself makes up a very small percentage of the president’s followers.

As for Republicans in general, most of whom are more discreet in their speeches than Trump, they are a far cry from representing “brutal white supremacist forces of . . . anti-immigrant nativism, and racism.” Really, now!

More to the point, which Republican policies can be characterized in such ugly terms?

If you’re a Trump-hater or a GOP-basher, please list for me the specifics in the Republican platform that can be described as “brutal white supremacist” or “anti-immigrant nativism, and racism.”

I would really like to understand, since I’m a registered Independent myself. Please do enlighten me.

Trump is Certainly Not an Antisemite

What about the charge of antisemitism, a charge that is all the more insidious in that Ocasio-Cortez pinned it on Republicans in relation to the Pittsburgh massacre?

I recently listed a number of reasons that it is dead wrong to call Trump an antisemite. That’s why, even in my most anti-Trump days (during the Republican primaries), I still acknowledged that he was not an antisemite.

In fact, an old, liberal Jewish friend of mine recently sent me an anti-Trump email, writing, “I personally as an environmentalist cannot support Trump who is a climate change denier putting the planet at great risk. And on health care he is a horror!’ Ditto immigration!

“Just an ugly personality, too. Glad he isn’t your savior! Raised our taxes considerably! What’s he doing about Israel-Palestine peace? (But what has anyone been able to do?)

“Politics aside, glad he isn’t an anti-Semite!”

So, even this liberal, Jewish, Democrat, anti-Trumper recognized that the president was not antisemitic. The same can be said for the Republican leadership in general. Where is the antisemitism? Please enlighten me.

The Other Side of the Equation

It’s true that most American Jews vote Democrat, in keeping with their liberal values. But who was a better friend of Israel, Obama or Trump? And where is it more likely to find the BDS movement, on the left or on the right?

When it comes to American Jews, Ben Shapiro recently drew attention to a New York Times article, which noted that “hate crimes against Jews in New York City aren’t coming from white supremacists, but from people driven by other motives.” Yet, he writes, “The Times admits that the Left has routinely ignored anti-Semitism in the city thanks to its inability to formulate a narrative blaming the Right.”

It’s a proven strategy to call your Republican opponent a racist (here, a white-supremacist antisemite). But it’s a sign of frustration and weakness.

As Victor Davis Hanson noted back in January, “Progressive pundits and the liberal media almost daily think up new ways of characterizing President Trump as a Nazi, fascist, tyrant or buffoon.” It’s because they are, “Furious over the sudden and unexpected loss of power . . . .”

So, the old narrative is the new narrative. Trump is a Nazi, supported by Nazis, and anyone who votes for him is a Nazi too.

To repeat: Such accusations are a sign of frustration and weakness. Let’s defeat them with truth.