Saturday’s GOP primary debate question about women and the draft highlighted the fact that most of the candidates are so terrified of the “war on women” label that they repeat the left’s position on women in combat and the draft without serious thought or consideration.

The facts are overwhelmingly in favor of maintaining women’s combat exemption, and one of those facts is that combat is not an equal opportunity for women, rendering selective service obligations totally inappropriate. None save Ted Cruz seem even aware of the case, let alone is willing to make it. He wasn’t asked the question in the debate and so released his opinion after, saying that drafting women is “nuts”:

We all knew registration for selective service was the next logical step after opening the combat arms to women. As I’ve written previously, most wouldn’t open their eyes to the actual implications of this policy change until they were faced with their daughters signing up for hand-to-hand combat with the likes of ISIS. While some dismiss the likelihood of the draft, this president has done all sorts of unprecedented things. The Marine Corps is currently 8% female. Who’s to say what the President or his potentially spineless successor would do to fulfill Ray Mabus’s demand to have “diversity metrics” of 25% female representation in the military ranks? 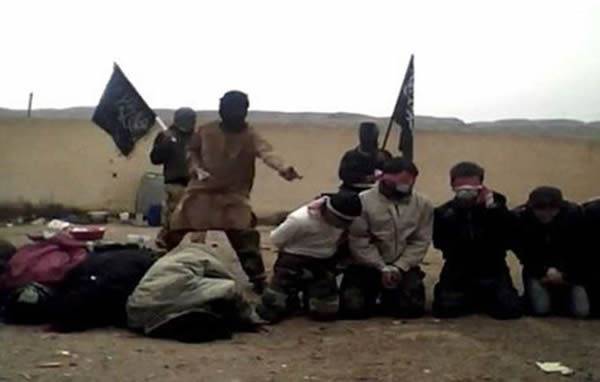 Lawmakers and military leaders are using the draft question to do what they should have been doing since the first announcement to repeal women’s exemption back in January, 2013: demanding congressional oversight, public debate and scrutiny, and Congressional voting on the measure so that lawmakers can be held accountable by voters.

People with common sense know viscerally that putting women in direct combat is wrong. Now we’re left to deal with the fallout of the Obama-imposed doublethink: celebrating sexuality of all sorts in the military while suppressing natural sexual differences. The brutal reality is that women would have to become more masculine because that’s what victory in combat with the fewest casualties requires. In order to accommodate being around more women, the men are to curb their masculinity and aggression, traits that make them good war fighters. But they’re going to have to train the way they fight. That means they will have beat up on the women especially in the infantry because, after all, that’s what it takes to prepare them against face to face bloody, violent, direct ground combat.

I thought a lot about this in the years living on my own after college and then, with all the additional training, in Fallujah. I thought about it on convoys, on the street, at our checkpoints outside the wire as my group of females and I frisked women for explosives, or when in the confines of camp late at night. Even Rhonda Rousy at the top of her undefeated streak admitted that she would not fight a man, since a man would have a natural and unbridgeable advantage. No, this is not an equal prospect for women, and this is why the combat exemption should be reinstated.

But we’ve been sold for decades on Hollywood depictions of women besting men everywhere they go. The Obama administration and the women-in-combat hucksters are counting on you not to realize that it’s all fiction. They misrepresent the stakes and ignore the consequences. They conflate deployment in general with offensive combat missions in particular. They tell us “women have been in combat for years.”

In fact, women have been deploying to the combat zone for years, not engaging in kill missions hunting the enemy on foot, house to house and cave to cave for months in filth, on deployment after deployment. Exposure to combat is not the same as combat itself, and doing a dangerous support job in a dangerous place is not the same as qualifying for the infantry to directly destroy the enemy on the ground.

The selective service question we heard in this week’s GOP debate is inseparable from the question of integrating the combat arms. And it is the second question that needs to be debated. This has never been about a few women who want to engage in direct combat. It has always been about the right thing to do for both women and the success of the most lethal fighting force our taxpayer dollars can buy, unhindered by avoidable problems, added risk and danger.

We need the fastest and the best to defeat our enemies as quickly as possible. We’ve already lost too many good war-experienced men in purge after purge of leadership under Obama, and he continues to slash personnel by the tens of thousands. We’ve wasted millions on the research they ignored and will waste billions of dollars and thousands of precious lives in an experiment that’s guaranteed to fail because it ignores realities of human nature and war.

Can it be that only one of nine GOP candidates realizes that this isn’t about equal career opportunities?