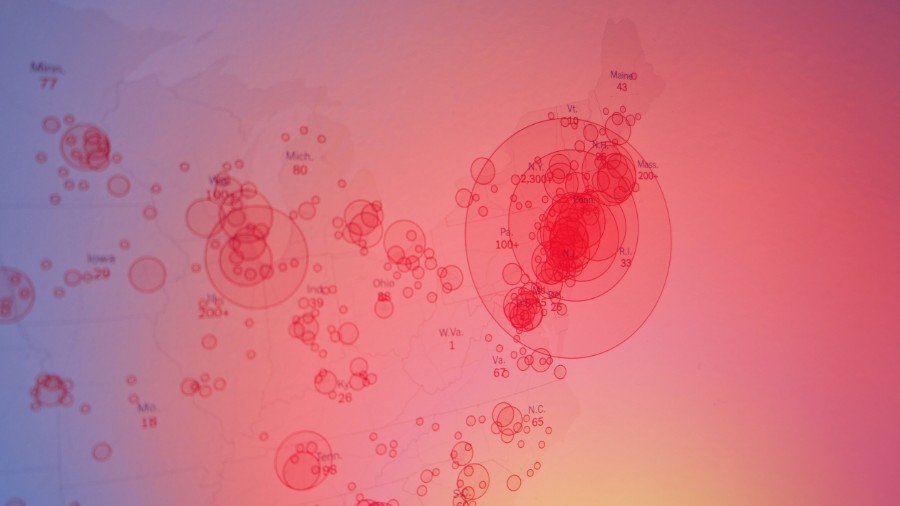 On March 18, I sent an email to my primary publisher with the subject heading, “A Crazy Idea?” The “crazy idea” was this. Since I had been feeling so stirred to write and speak and preach on biblical themes related to the virus, should I try to put together a book to get out immediately? Could it be?

My editors said yes — they had been sensing the very same thing — and 8 days later, I had completed the manuscript. The book is due out on April 15 with the title, When the World Stops: Words of Faith, Hope, and Wisdom in the Midst of Crisis. Less than one month to write and publish a book. This does not happen every day.

Redeem This For My Glory

But I share that here to say this: God has much to say to His people in this hour. And if we will step back and hear His voice, I believe we will hear Him say this: “Redeem this for My glory!”

One of the chapters of my forthcoming book is titled, “Seize the Moment!” In that chapter, I relate the account of Jesus healing the man born blind in John 9. It reads:

As [Jesus] went along, he saw a man blind from birth. His disciples asked him, “Rabbi, who sinned, this man or his parents, that he was born blind?”

“Neither this man nor his parents sinned,” said Jesus, “but this happened so that the works of God might be displayed in him. As long as it is day, we must do the works of him who sent me. Night is coming, when no one can work. While I am in the world, I am the light of the world.” (John 9:1–5)

Do you see what happened here? The Lord never told His disciples how this man became blind, other than it was not the result of personal sin. How, then, did the man come to be born blind?

Please note that carefully. The Lord didn’t say this man was blind to the glory of God but rather that his blindness would be an occasion for the glory of God to be revealed. The man’s terrible, difficult, lifelong condition was an opportunity for the Lord to be exalted. That is the Jesus mentality. As He said, “While I am in the world, I am the light of the world.”

The current crisis is the divine setup for the church to arise and shine and make a difference.

We Wonder What Caused the Virus

I also have a chapter in the book titled, “Who or What Sent the Virus? (And Does It Really Matter?)”

I focused on this question because we are endlessly wondering about the cause of the virus. Was it entirely natural? Was it manufactured in a lab? Was it a combination of the two? Is it an attack from the devil? Did God send it as a judgment?

And while these are certainly important questions to consider, the biggest question for us is this: What does God want to accomplish through this crisis?

It’s just like the man born blind. Jesus didn’t see his blindness as the direct result of personal sin, even though in the Bible, sin and sickness are often connected. And Jesus never explained directly why the man was born blind. He only stated that this was a divine opportunity. The blindness was an opportunity for healing.

The biggest question for us is this: What does God want to accomplish through this crisis?

That is where we find ourselves today, and I believe God wants us to seize this unique moment in history. To recognize how things can turn on a dime. How, suddenly, non-praying Americans are praying. How the table has been set for a massive harvest and awakening.

The Fields Are White for Harvest

So, let’s step back and ask the Father for His heart. For His perspective. As Jesus once said to His disciples, “Do you not say, ‘There are yet four months, then comes the harvest’? Look, I tell you, lift up your eyes, and see that the fields are white for harvest” (John 4:35).

America today is a ripe harvest field, more than we have seen in many years. Let us seize the moment. Let us redeem the crisis. Is it not time?