The German Foreign Minister, Frank-Walter Steinmeier, speaking at a Tuesday March 15 conference on anti-Semitism in Berlin, made a strong statement to the refugees flooding into Germany. He told them that if they came to Germany and brought a hatred of Jews with them, they had to leave it behind. He stated that such a worldview is not “who Germany is” and, if they harbored anti-Semitism, they need to adapt if they want to stay.

Such a statement is astounding, considering the open arms Germany has shown the refugees, mostly Muslim, fleeing Syria, Iraq, Afghanistan and other countries in the Middle East. 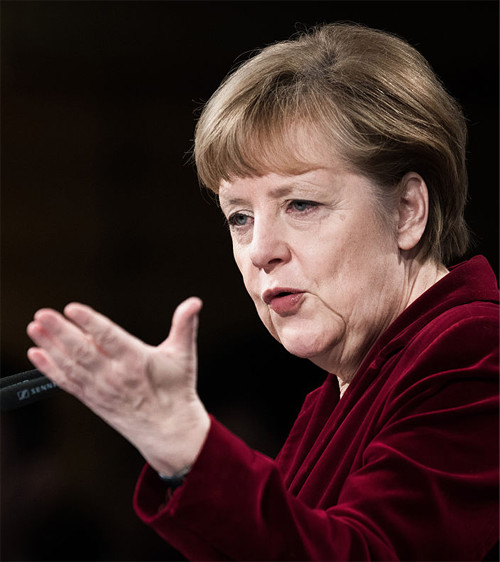 It is especially amazing in contrast to the unfettered inclusion culture championed by many in America.

It is not just this one minister who has spoken, either. Angela Merkel also stated (during the same conference): “Everyone who lives in Germany — whether previous residents or newcomers, must understand clearly, that anti-Semitism and prejudices against others have no place. Germany will resist every form of Xenophobia …” (implied that this includes Middle Eastern xenophobia against Jews)  “ … if necessary with the complete consequences of the state justice system.” (Translation AE).

President of the German Parliament Norbert Lammert also stated in the same context:

“Whoever comes to Germany, comes in on the basis of the established legal rights and responsibilities. … Germany has a special historical responsibility. Differently than during the time of National Socialism, anti-Semitism today runs up against the firmly resolved resistance of all state authorities in Germany.” (Translation AE)

These are strong words from a nation that has been roundly criticized for accepting so many migrants espousing a non-Western cultural worldview.  It is naturally assumed that there is a statistically significant number of refugees who potentially see Westerners (not to mention Jews) as adversaries, and others who for years have held animosity against Jews as a tenet of their culture, and it appears that Germany has taken a stand. In doing it, they have taken a step that many in the US have not: Telling migrants that there are some things in their worldview that have to change if they want to stay.  It is admirable that they have begun with anti-Semitism.

The Jewish communities of Germany have been very nervous about what they see as escalating anti-Semitism due to recent immigration. This article from Deutsche Welle (Germany’s Voice of America – style national radio) shows the concern:

Last month the president of the Central Council of Jews in Germany, Josef Schuster, called for a limit on the number arriving in the country. In an interview with Germany’s Die Welt newspaper he said intolerance of Jews and Israel is innate in parts of the Middle East, warning a rise in anti-Semitism is a likely by-product of Germany’s refugee policy. It is a fear that has struck a chord with many Jews in Berlin.

While the issue with the migrants’ worldview has generated a lot of press coverage in Germany, major media in America has largely panned it (at least the parts that included refugees). In the English-speaking world, mostly Jewish outlets have published on it. Breitbart.com did publish an interesting article, Integration Courses For Middle Eastern Migrants In Germany To Target Growing Anti-Semitism, that debated a series of next steps for Germany, highlighting a training course proposed by a Jewish Network in Germany.

It should be noted that some German media are making similar arguments to what we would expect in the US, emphasizing that the problem of  anti-Semitism is already lying dormant in Germany, even among ethnic Germans, and that people should be judged as individuals and not as groups. Nevertheless, the fact that so many in higher levels of German government weighed in is an indication that the country as a whole is not so broad-minded.

Perhaps the reason we hear so little about it here is due to the American trend towards more of  an “anything goes” kind of acceptance, recently chronicled by columnist David Brooks in The New York Times. Brooks wrote about the new postmodern tolerance culture in America and how it manipulates and demands a type of  blanket “inclusion” of those whom the most vocal groups choose to include.

But to the Germans, as welcoming as they have been, it is not so confusing. Especially when it comes to the problem of anti-Semitism. They have been there before and they are not going back. That seems to be pretty clear in Deutschland.