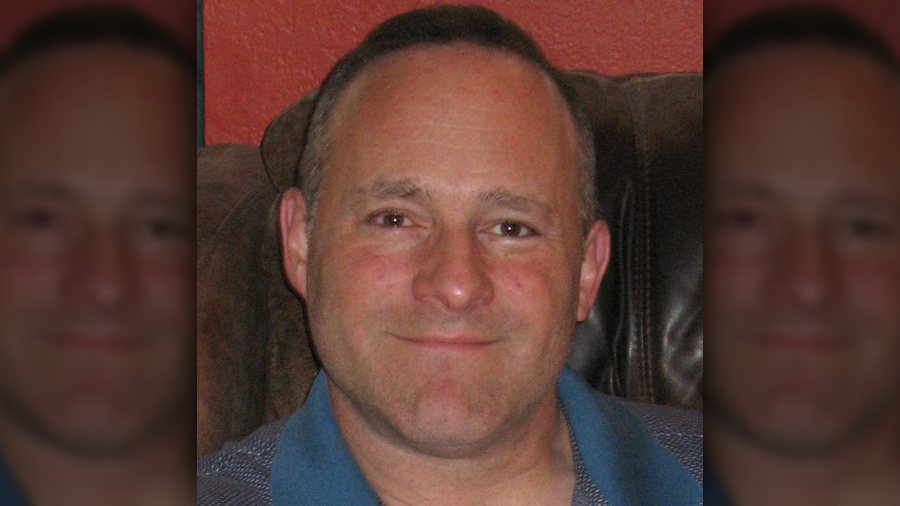 It didn’t matter if we were in Pasadena, Altadena, Venice Beach or Hollywood Blvd., if I was walking around with Stream contributor George Janek back in the day, I’d inevitably hear that yell.

“George!” We’d turn just as someone would come rushing up like they’d spotted their favorite celebrity or dearest long lost friend. “George!” Big hugs, hearty backslaps. “Hey, Buddy!” George would say, if it was a guy. “Hey, (girls name)!” if it was someone of the fairer persuasion. He seemed to know everybody. Everybody knew George.

“George!” I still hear it in my head 30 years after we were roommates. That joy. That enthusiasm. That realization that running into George meant your day was just about to get more lively.

“George!” I still hear it in my head 40 years after we became friends.

“George!” My heart shouted Friday night. But this time, as it was breaking in two. George, I just learned from his beloved wife Jan, had passed away suddenly, unexpectedly, but peacefully in his sleep Friday morning. “Everything was fine when he went to bed,” she said. “He just didn’t wake up.”

Playing Kenekie to His Danny

My first memory of George is of him on the staircase of my friend Kathryn’s house belting out “Greased Lightning” in full hip-swinging, arm-waving glory as the tune blasted from the stereo and partygoers cheered him on. He was this hurricane of energy, totally committed to the performance. Travolta? Who needs John Travolta?

He claimed a few months back that I joined him on the song, playing Kenekie to his Danny. And that’s when he knew we’d be fast friends. I doubt anyone there would remember. I certainly don’t. We were about 16.

My friends had known “George!” was coming to the party. It had been buzzed about for days. George was “Kathryn’s actor friend from California.” His mom and Kathryn’s mom were friends, and Kathryn and George had been born exactly one month apart. Those who had already met George in earlier visits were stoked. (A word I learned from George, in fact.)

George, indeed, had been a child actor. In fact, the minute he mentioned a couple of the shows he’d been on my eyes grew wide. I remembered him. George had made such an impression that I actually remembered his TV appearances. “You’re the kid who picked up on ham radio that Starsky had crashed into a ravine, but nobody would believe you!” “You were the little brat who kept following Ellery Queen around and interfering with his investigation!”

Once you met George or saw George he was impossible to forget.

George and his mom moved to Maryland before my senior year. We grew thick as thieves during that year. Movies. Pac Man at the mall. Concerts. Double-dates. Roaring down Indian Head Highway at 90 miles an hour in his little grey junk of a car that had power steering if you turned to the left, but no power steering turning to the right. Greased Lightning, indeed.

It’s hard to believe when you read his Stream prose, but George was in younger days a hyperactive and hysterical force of nature. Plug a cord in him and you could power a small city. Always “on.” Manic even. Imagine Robin Williams with six-pack abs and bulging biceps.

And he was loaded with charisma. Walk through a mall and women would literally start to follow us. It wasn’t that he was classically good looking, particularly by Hollywood standards. He was rather short, had this big goofy grin and twinkling eyes. But he had a confident strut and he had “it.” The thing that makes certain people stick out in a crowd. Draws people to them like magnets. And once George had the crowd, he had them laughing.

But within the hurricane was a deep center. I didn’t see too much of it in the early days. But that changed when he met Jan. She was perfect for him. Yeah, she shared his love of baseball and was brilliant enough to keep up with that ever-racing mind without breaking a sweat.

But rather than be bedazzled by the “George!” thing, she caught the thoughtful man underneath. And that thoughtful man fell madly in love with her. Or should I say “mellow in love.” Jan’s unshakeable calm steadied the storm.

George and I became roommates shortly after I moved to California. By now, he had little need to be “on” all the time. Only when he was performing with the improv group L.A. Connection. Yeah, he still had more energy than a nuclear plant, but it was contained. Rather than bouncing off the walls, he spent a lot of time reading.

Then came the shock. His reading and contemplation had turned him into a conservative. He’d even become a fan of Rush Limbaugh! As a typical Hollywood liberal at the time, all I knew of Limbaugh was that he was the devil.

For those not in Southern California or part of the “industry,” it’s hard to grasp how rare — how brave — it was for George to profess to being a conservative in that time and place. An actor? A conservative? And to be open about it, and willing to debate the issues? Although I doubt George had ever set foot in fly-over country, he spoke passionately about the cares of those the coasts had no use for. He was a populist before populist was cool.

Oh, he was still George alright. Take his wedding. George and Jan were both baseball fanatics. Their honeymoon would be a tour of stadiums. But Jan loved the Dodgers, while George was partial to the hated Cincinnati Reds. Jan, to George’s chagrin, decked her bridesmaids in Dodger Blue.

But George had a plan. During the ceremony, the couple knelt at the altar. Chuckles started breaking out among the gathered. Then open, rolling laughter. Jan knew George had done something. But couldn’t turn around. On the bottom of his shoes he’d written “Go Reds!”

She must have forgiven him. The couple just celebrated their 30th anniversary.

We didn’t see much of each other in the years after he, then I, married. We ended up in Texas, they ended up in Northern California. But there was always Facebook. Then one day last year he posted this long, passionate plea for civility among those with differing views. He was heartbroken at losing friends over politics and wanted a better way.

I thought it could make a good Stream column, and our editors agreed. In fact, they thought “Mourning the Death of Healthy Debate” so good we urged George to write for us. We would have begged.

And write he did. Fulfilling a decades long dream to be a published essayist. To share his hard-earned wisdom from years of engagement with people who did not agree with him. George repeatedly expressed how grateful he was at the welcome he received from the Stream family, editors and readers alike. The love.

Maybe even more the respect. When you have such a huge and humorous personality, sometimes respect proves elusive. It brings some comfort as the tears flow to know how much our warm welcome meant to him.

Yet with the comfort comes awful remorse at missing out on what seemed so inevitable only days ago. George was just starting to find that perfect media blend of the star dancing on a staircase and the studious guy reading in a corner. To see what I mean, check out George’s appearance on LIFE Today Live with Randy Robison. He’s magic.

See what I mean? George was talking about doing his own podcast. I was over the moon with the possibility of him appearing on Stream podcasts. As seen in his recent column “MWC Seeks Like-Minded RS for Long-Term Relationship,” George was letting in more humor. And letting on that a new chapter was set to begin in his life. Departing California for an exciting and rich new beginning.

He, Jan and son Christopher just completed a three-week tour of southeastern states, and Tennessee had won the bidding for their hearts. They’d even bought a home outside Chattanooga.

But George’s new home was not to be in Tennessee.

No. Instead, last Friday morning, he awoke to another home.

And I could hear the angels come running, eyes and arms wide.

Loss, Grief and a Heavenly Promise