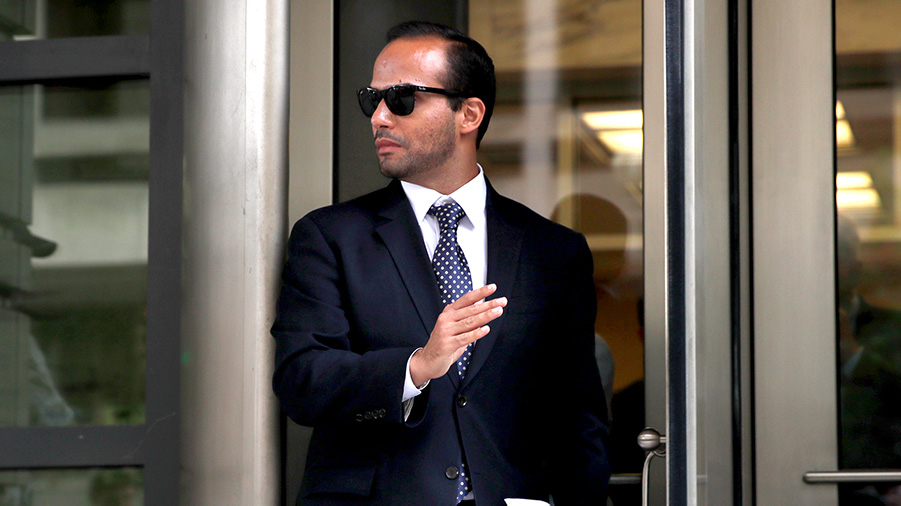 The Democrats love it. Much is being made of the fact that a Trump campaign volunteer is going to jail for lying about his connection to the Russians. For that, George Papadopoulos got two weeks in jail. He also got a year of supervised release and 200 hours of community service. And a $9,500 fine.

Trump’s former national security advisor Mike Flynn pled guilty to a similar charge.  Democrats gleefully point to their guilty pleas as evidence of Russian collusion. They want to say that Trump cheated to win. That he got another country to help. And that country the worse possible one: America’s long-time adversary, Russia.

Sure, it does look bad, Papadopoulos and Flynn getting convicted. The problem? Neither one pled guilty to any crime showing collusion. (Not to mention that collusion by itself isn’t even a crime.)

What really happened? And what does it mean?

Papadopoulos was part of the foreign policy panel advising Donald Trump’s campaign. His problems started on April 26, 2016, during a breakfast meeting at a London hotel. Maltese academic Joseph Mifsud allegedly told him that the Russians had thousands of Hillary Clinton’s emails.

Papadopoulos vaguely relayed this to Australian diplomat Alexander Downer during a meeting  at a bar two weeks later. He said only that Russia had “political dirt” on Clinton. It is not known who Downer was working for. But he gave this information directly to the Obama administration. That, we’re told, prompted the FBI to formally open an investigation into the Trump campaign in July 2016. It called the counterintelligence operation “Crossfire Hurricane.”

Papadopoulos did not mention the emails in follow-up emails to the Trump campaign. He told CNN’s Jake Tapper he does not recall telling the campaign about the claim the Russians had information on Clinton. He was receptive to information about Russia because he was hoping to help set up a meeting between Trump and Russian president Vladimir Putin.

Next, a source for the Trump dossier, Sergei Millian, contacted him on July 22, 2016 over LinkedIn. Millian is a Belarusian-American businessman who runs the Russian-American Chamber of Commerce. They met several times.

Papadopolous told Tapper that Millian told him he was “working for Trump real estate projects, he was promoting real estate endeavors of Trump.” Millian presented a “shady business proposal” to him. It entailed working as a PR consultant for an energy firm in Russia. He would receive $30,000 a month. The only qualifier was he had to be working for Trump at the same time.

Papadopoulos wisely rejected the offer. He told Tapper he thought Millian was working for someone, but he didn’t know who.

The story gets even more complicated. At the same time, Millian was unwittingly turning over information to British spy Christopher Steele. Steele would use it in his dossier on Trump. Millian claimed the Trump campaign was working with Russians to release the hacked DNC emails. He also claimed that the Russian government was blackmailing Trump with photos of him with prostitutes in a Russian hotel.

Glenn Simpson, the founder of the opposition research firm that hired Steele, doubts Millian’s credibility. He called him a “big talker. The Obama administration sent an FBI informant, academic Stefan Halper, to infiltrate the Trump campaign in order to find ties to Russia. Halper targeted Papadopoulos and another Trump adviser, Carter Page.

On September 2, 2016, Halper offered to fly Papadopoulos to London and pay him $3,000 to write an academic paper on energy issues in Cyprus, Turkey and Israel. That’s his area of expertise. Papadopoulos thought Halper was merely a Cambridge professor.

The two had drinks in London. It seemed innocent. Until Halper started aggressively questioning Papadopoulos about involvement with the Russians hacking the DNC emails. He denied knowing anything about it.

Halper isn’t just a professor. Since 2012, he has worked for a Pentagon think tank called the Office of Net Assessment. ONA has paid him and his assistants more than $1 million for research and development in the social sciences and humanities.

Ultimately, Papadopoulos pleaded guilty to making false statements to the FBI. He admitted misleading the FBI about the timing and scope of his contact with with Mifsud.

Mueller’s team claimed that he lied about when his contacts with Mifsud started. He said they started before he advised the Trump campaign. Technically, he was correct. They started after he learned he would be advising the campaign, but before the position actually started.

Mifsud told the FBI that he knew nothing about the stolen emails and that he didn’t say anything to Papadopoulos. He denied he was a Russian operative. Democrats still describe him as “Russian-linked.”

His ties are mainly to Western governments and institutions, evidence he may be working with Western intelligence. The DNC reports that he may now be missing or dead. They have been unable to find him. They want to serve him in a lawsuit against the Trump campaign, Wikileaks and Russia over interference in the 2016 election.

However, a close friend and adviser told The Daily Caller News Foundation Mifsud is alive and living under a new identity. Stephan Roh also maintains in a new book Mifsud “was in close relation to the Western intelligence world as well as to the Clinton network.” This begs the question: Was Mifsud helping set Papadopoulos up?

Papadopoulos was merely a “28-year-old fourth-tier Trump adviser,” says Kimberly Strassel in The Wall Street Journal. If the Russians wanted to collude with the campaign, they would not have chosen him.

Literally just a picture of Stefan Halper and Alexander Downer from 2010 with an associated video.https://t.co/RoT0fA2fCf pic.twitter.com/MOdFqoQUkd

So why did Papadopoulos plead guilty? Prosecutors apparently scared him into thinking a jury could convict him of serious crimes.

The Mueller team knows what it’s doing. (And 13 out of 17 are registered Democrats.) Anyone connected to Trump who has any ties to Russia is a target, because it’s easy to call it collusion and make Trump look bad.

Was it a set-up from the get-go?

Who are they going to go after next?

Why and How Our Intel Bureaucracy Smeared Lt. Gen. Michael Flynn