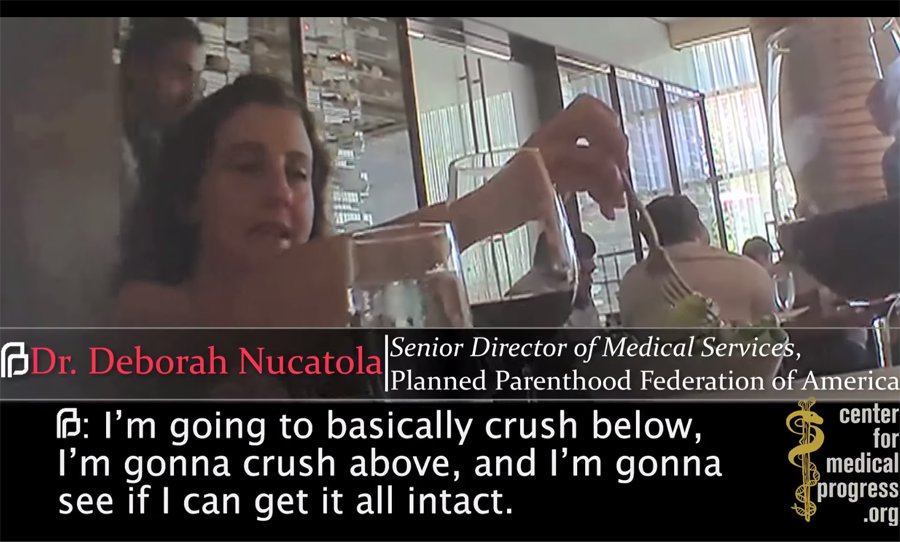 We’ve been saying it for years. Pro-choicers have been lying. Planned Parenthood was founded by a passionate white racist. Pro-lifers of every race have been citing the very words of Margaret Sanger, printed in black and white, that called poor children “human weeds.” That spoke of the need for “more [children] from the fit, fewer [children] from the unfit.” We’ve been making films like Maafa 21: Black Genocide that compile the dozens of quotes, over many decades, proving Sanger’s agenda.

But leftists brazened it out. They claimed that those quotes were hoaxes, or taken out of context. (In what context would calling babies “human weeds” be acceptable, by the way?) They ignored Sanger’s alliance with the Ku Klux Klan to push birth control on the poor, in 30 states via forced sterilization. Or her friendship and collaboration with Nazi eugenicists such as Eugen Fischer, who ran a concentration camp killing Africans before World War I, but spoke and wrote for Sanger.

Politicians such as Hillary Clinton accepted the Margaret Sanger Award from Planned Parenthood. They also pretended that it’s an accident that more than 60% of Planned Parenthood clinics are in or near minority neighborhoods.

Now the truth has worn them down. Not the truth about unborn human life, or the disposability of children when they get in the way of “sexual freedom.” But at least the truth about Sanger. So Planned Parenthood strategically decided to throw its own founder under the bus. As The Daily Caller News Foundation reports:

In the Saturday New York Times op-ed, McGill Johnson touched on Sanger’s support for eugenics as well as the speech Sanger gave to the women’s auxiliary of the Ku Klux Klan. The Planned Parenthood president did not make mention of Sanger’s “Negro Project,” an initiative aimed at giving black women access to birth control.

“We believe birth control knowledge brought to this group, is the most direct, constructive aid that can be given them to improve their immediate situation,” Sanger wrote in 1939 of the black community.

McGill Johnson wrote that “up until now, Planned Parenthood has failed to own the impact of our founder’s actions,” but noted that whether Sanger was a racist is “not a simple yes or no question.”

“We don’t know what was in Sanger’s heart, and we don’t need to in order to condemn her harmful choices,” the Planned Parenthood president said.

It’s hard to know whether Johnson’s revulsion at Sanger’s racist beliefs is sincere. Or an overdue piece of damage control on the organization’s part. And as she said, it hardly matters. We’re not judging her soul, but the impact of her actions, and those of her organization. For Planned Parenthood to repeat Woke cant about “systemic racism” does no good at all. Not while it’s systematically aborting huge, disproportionate numbers of non-white children. It just adds “hypocrisy” to the group’s long list of sins.

It doesn’t spare one black or Latino baby from getting torn apart. Or then getting sold for parts to pharmaceutical companies, as Planned Parenthood apparently still does. It just puts a happy mural on the killing center’s wall. Abortion remains the third great betrayal of America’s founding principles — the first two were slavery and segregation — of the human dignity of each individual as the image and likeness of God.

The Leading Executioner of Our Children

One pro-life leader who saw through the organization’s chess-move was Benjamin Watson. As The Daily Caller also reported:

“Whether they personally identify with Sanger’s ideology or not, they continue to carry out her mission, by serving as the leading executioner of our children,” Watson said. “The same Sanger they claim to disavow would applaud their efforts and results, as a disproportionate percentage of black children have been killed in Planned Parenthood’s abortion clinics.”

“Acknowledging a racist history does not absolve them of the blood on their hands, as they continue to take full advantage of victims of the racism they decry,” Watson said.

Watson is doing more than talk. He helped make, along with Jason Jones’ organization Movie to Movement, one of the most sophisticated and powerful films on the reality of abortion ever produced. It put special emphasis on abortion’s impact on communities of color, and the role of racist eugenics in foisting that evil on America. The title is Divided Heart of America. And (for the moment) it’s still available on Amazon. Stream it, tell your friends about it, and while you’re watching it, weep for our nation, and pray for peace, even peace in the womb.