A Gay Writer Who Forgot Almost Everything Jesus Said 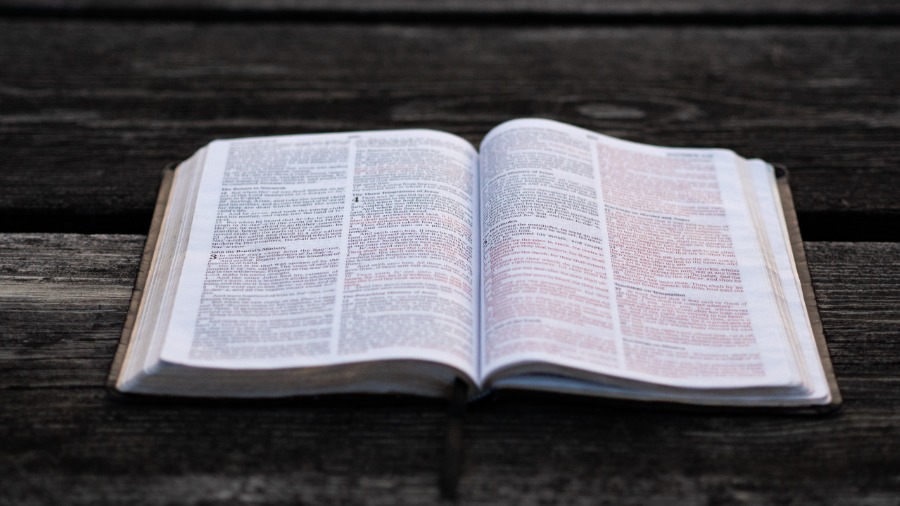 A gay writer claims Jesus' only commandment was to love. Dr. Michael Brown shows why that's demonstrably false and why the author misses the point of Jesus' command.

The statement was so remarkable I had to read it several times before I was sure my eyes were not deceiving me. It turns out the author meant exactly what he wrote, namely that, “Only once in the recorded life of Jesus does he lay upon the human a requirement.”

Writes Jonathan, “The ‘commandment’ is singular. That means there’s one.”

He finds affirmation for this position in the writings of Paul (Galatians 5:6) and John (1 John 3:11, 3:23, 4:7, 4:11, 4:12; cf. 2 Jn 6), adding his own (quite bizarre) interpretations to a number of biblical texts along the way. His thesis, described in the title and subtitle of his article (which is quite long, running more than 4,000 words), is simply this: “Jesus❤️Gays. Let’s go through the Bible’s references and realize: Christianity was simply wrong.”

But rather than rehashing what the Bible says about homosexual practice, let’s focus on the impossibly wrong claims made by Jonathan, going from the small to the large.

A Smaller Error: Should We Hate Anything?

He mocks the idea that “Jesus, anywhere, tells anyone to hate.” In reality, the whole Bible encourages us to hate evil.

See, for example, Psalm 97:10, “O you who love the LORD, hate evil!” Or note Amos 5:15, “Hate evil, and love good, and establish justice in the gate; it may be that the LORD, the God of hosts, will be gracious to the remnant of Joseph.” In the words of Paul in Romans 12:9, “Love must be sincere. Hate what is evil; cling to what is good.” (These are a few examples among many.)

As for Jesus never teaching us to hate, He did say these controversial words: “If anyone comes to Me and does not hate his own father and mother and wife and children and brothers and sisters, yes, and even his own life, he cannot be My disciple” (Luke 14:25). We can certainly debate exactly what He meant by “hate.” But we cannot debate that He said these words (i.e., if we believe His words were faithfully transmitted by His disciples).

So much for Jonathan’s accuracy. But we’re just getting started.

Twisting “Do Not Conform”

He writes, “New Testament theology doesn’t prompt humans to follow patterns of gendered behavior. ‘Do not conform to the pattern of this world,’ Paul says in Romans 12:2 — gender would also be part of that.”

Actually, the New Testament constantly calls humans (especially Christians) “to follow patterns of gendered behavior.” See, for example, 1 Corinthians 11:1-16 and Ephesians 5:22-333, among many passages. As for Paul’s words in Romans 12:2, he’s not saying that if society does something, Christians should always do the opposite. (In that case, according to Jonathan’s “logic,” since American society has renounced slavery and segregation, Christians should do the opposite and embrace slavery and segregation.) Rather, Paul is saying that we must renew our minds according to God’s Word rather than according to the sinful patterns of the world. Jonathan has actually turned biblical truth upside down.

But to focus on these interpretive errors, as serious and frequent as they are, is to major on the minors. Rather, it is Jonathan’s opening thesis that is so shockingly unbiblical. How can he possibly claim that “Only once in the recorded life of Jesus does he lay upon the human a requirement,” and that sole commandment is to love one another as He loved us?

At the commencement of His ministry, Jesus preached a simple message: “Repent!” (See Matthew 4:17). That, in short, was a call — yes, a command — to turn from sin and to turn to God. Looks like Jonathan forgot about this — along with scores of other New Testament passages.

At the commencement of His ministry, Jesus preached a simple message: “Repent!”

Go and Sin No More

Digging even deeper, one website lists 1,050 New Testament Commandments while another lists 31 major commandments made by Jesus. Do they all flow from the call to love God with all our hearts and to love our neighbor as Jesus loved us? Absolutely. That is the heart and essence of the matter. Yet that is what Jonathan so sadly misses, since true love for God and for our neighbor demands radical changes in our behavior and lifestyle.

In fact, Jesus’ radical love demands the transformation of our very being, from the inside out. It was based on that transforming love that He told those He healed and forgave to “sin no more,” lest something worse happened to them (see John 5:14; 8:11).

Piers, When Did Jesus Say That?