Why Gay ‘Marriage’ Has Not Cured Gay Loneliness 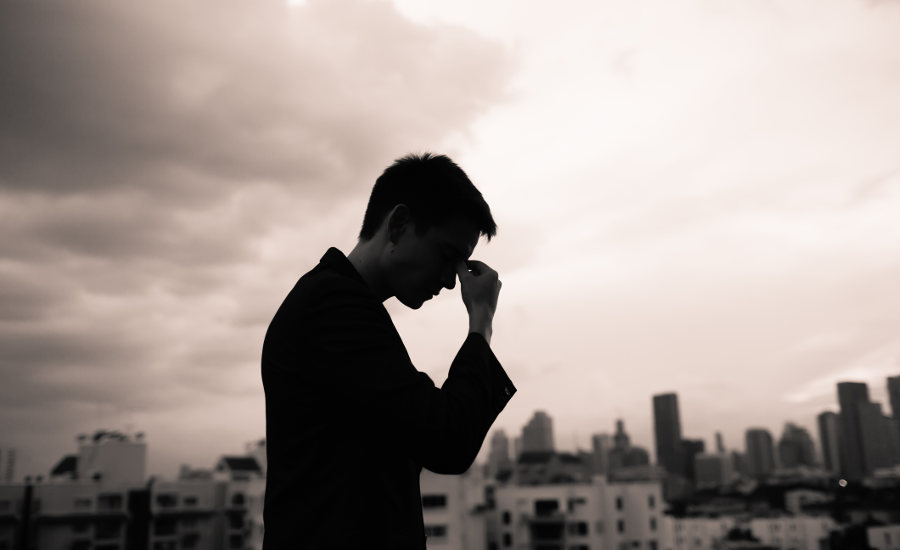 In 2014, a gay activist in England addressed the disproportionately high rate of drug abuse in LGB circles, asking, “Why is drug use higher in the gay community?” His answer: There are negative aspects to the LGB lifestyle that contribute to it. Now, in 2017, a gay writer has addressed “The Epidemic of Gay Loneliness,” asking why gay “marriage” has not cured gay loneliness (among other problems in the gay community), especially among gay men. His answer: “minority stress.”

Strikingly, the 2014 article in the UK’s Pink News did not mention “homophobia” once, while the 2017 article in the Huffington Post, amounting to nearly 7,000 words (and worth reading in full), mentioned it only twice. In other words, neither writer blamed these gay-related behavioral problems or social issues on “homophobia.” Rather, the fault lay with certain realities within the LGB community itself — to which my biblically-grounded, conservative friends would say, “But of course!”

Michael Hobbes and the “Epidemic of Gay Loneliness”

Michael Hobbes, the author of the article on “The Epidemic of Gay Loneliness,” writes with complete candor, noting that, “I’m not going to pretend to be objective about any of this. I’m a perpetually single gay guy who was raised in a bright blue city by PFLAG parents. I’ve never known anyone who died of AIDS, I’ve never experienced direct discrimination and I came out of the closet into a world where marriage, a picket fence and a golden retriever were not just feasible, but expected. I’ve also been in and out of therapy more times than I’ve downloaded and deleted Grindr.”

But his experience, he claims, is hardly unique, noting that, “For years I’ve noticed the divergence between my straight friends and my gay friends. While one half of my social circle has disappeared into relationships, kids and suburbs, the other has struggled through isolation and anxiety, hard drugs and risky sex.” And this has continued, Hobbes observed, even though “the gay community has made more progress on legal and social acceptance than any other demographic group in history.”

Could it be that, generally speaking, there’s something intrinsically unfulfilling about homosexual relationships? Could it be that, by divine intent, ultimate relational fulfillment for human beings can be found only in heterosexual marriage?

Yet, he laments, “even as we celebrate the scale and speed of this change, the rates of depression, loneliness and substance abuse in the gay community remain stuck in the same place they’ve been for decades. Gay people are now, depending on the study, between 2 and 10 times more likely than straight people to take their own lives. We’re twice as likely to have a major depressive episode. And just like the last epidemic we lived through, the trauma appears to be concentrated among men. In a survey of gay men who recently arrived in New York City, three-quarters suffered from anxiety or depression, abused drugs or alcohol or were having risky sex — or some combination of the three.”

Can this be blamed primarily on “homophobia”? Hardly.

Hobbes cites Christopher Stults, “a researcher at New York University who studies the differences in mental health between gay and straight men.” Stults stated that, “Marriage equality and the changes in legal status were an improvement for some gay men. But for a lot of other people, it was a letdown. Like, we have this legal status, and yet there’s still something unfulfilled.”

Could it be that, generally speaking, there’s something intrinsically unfulfilling about homosexual relationships? Could it be that, by divine intent, ultimate relational fulfillment for human beings can be found only in heterosexual marriage?

I’m sure many gay readers will say to me, “Obviously, you don’t know me or the relationship I have with my spouse. How dare you make such a generalization!”

But I’m merely asking questions based on: 1) the data being presented here; 2) biblical reasoning; and 3) testimonies from ex-gays, who have spoken to me about the qualitative differences between their old, homosexual relationships and their current heterosexual marriage.

God didn’t design men to be with men or women with women — and that holds true biologically as well as socially and emotionally.

Interestingly enough (and sadly enough), Hobbes explains that, “This feeling of emptiness, it turns out, is not just an American phenomenon. In the Netherlands, where gay marriage has been legal since 2001, gay men remain three times more likely to suffer from a mood disorder than straight men, and 10 times more likely to engage in ‘suicidal self-harm.’ In Sweden, which has had civil unions since 1995 and full marriage since 2009, men married to men have triple the suicide rate of men married to women.”

Of course, Christian conservatives (and others of like moral values) have pointed to such studies for years, arguing that it is homosexuality itself which is problematic, simply because God didn’t design men to be with men or women with women — and that holds true biologically as well as socially and emotionally. Why should this surprise us?

This is not to deny, however, that there are well-adjusted gay couples and poorly-adjusted straight couples, nor is it to deny that there are gay couples who are deeply in love and straight couples who commit serial adultery, nor is it to deny that many LGB’s have suffered painful rejection by family and friends, contributing to their depression and substance abuse. And certainly, I do not write any of this in a gloating way, since as a follower of Jesus, my goal is not to say, “You see! I told you so,” but rather, “There really is a better way!”

Looking back to the mid-20th-century, Hobbes notes that initially, researchers in the ’50’s and ’60’s attributed the mental and emotional problems experienced by a large percentage of gay men to “homosexuality itself, just one of many manifestations of what was, at the time, known as ‘sexual inversion.’” But, he continues, “As the gay rights movement gained steam … homosexuality disappeared from the DSM and the explanation shifted to trauma.”

In short, gay suicides and gay depression and other emotional (and physical and social) problems were believed to be the fault of a homophobic society. But as Canadian researcher Travis Salway reviewed the data, he realized that, “The problem wasn’t just suicide, it wasn’t just afflicting teenagers and it wasn’t just happening in areas stained by homophobia. He found that gay men everywhere, at every age, have higher rates of cardiovascular disease, cancer, incontinence, erectile dysfunction,⁠ allergies and asthma—you name it, we got it. In Canada, Salway eventually discovered, more gay men were dying from suicide than from AIDS, and had been for years.”

Indeed, says Alex Keuroghlian, a psychiatrist at the Fenway Institute’s Center for Population Research in LGBT Health, “We see gay men who have never been sexually or physically assaulted with similar post-traumatic stress symptoms to people who have been in combat situations or who have been raped.”

“Minority Stress” and the Better Way

These researchers describe this phenomenon as “minority stress.” As Hobbes explains, “In its most direct form, it’s pretty simple: Being a member of a marginalized group requires extra effort.”

Hobbes points to clinical trials where gay men who are taught how to deal with “minority stress” are showing improvement in many categories, yet I’m not going out on a limb when I say: Don’t expect to see dramatic, large-scale, positive change in LGB circles in the days to come (I’m speaking in terms of relationship satisfaction, substance abuse, and physical and emotional problems.)

Gay sex will always have more health risks than straight sex (speaking in general terms, since there is obviously overlap in some of the practices and habits), gay couples will never have as many children as straight couples (which has many other social implications), and two men or two women cannot possibly experience the fullness found in a healthy male-female relationship. It simply the way God made us, and it makes perfect sense.

And why is it that there are other sub-groups in our society that would seemingly experience high levels of minority stress due to their numbers, their isolation, and their social status, and yet experience few of the emotional or physical traumas experienced in the LGB community?

Hobbes closes his article with these words: “I keep thinking of something Paul, the software developer, told me: ‘For gay people, we’ve always told ourselves that when the AIDS epidemic was over we’d be fine. Then it was, when we can get married we’ll be fine. Now it’s, when the bullying stops we’ll be fine. We keep waiting for the moment when we feel like we’re not different from other people. But the fact is, we are different. It’s about time we accept that and work with it.’”

With compassion for Paul and for Hobbes and for every LGB person reading this article, I say again: God does have a better way, and your ultimate help will not come from the society around you (or even from within yourself) but rather from above (from the heavenly Father) and then, with the Lord’s help, in your own life, from the inside out.

After the Vote: A Guide to Gracious Conversation in Your United Methodist Church