Gay Activists are Attempting to Dissolve the First Amendment 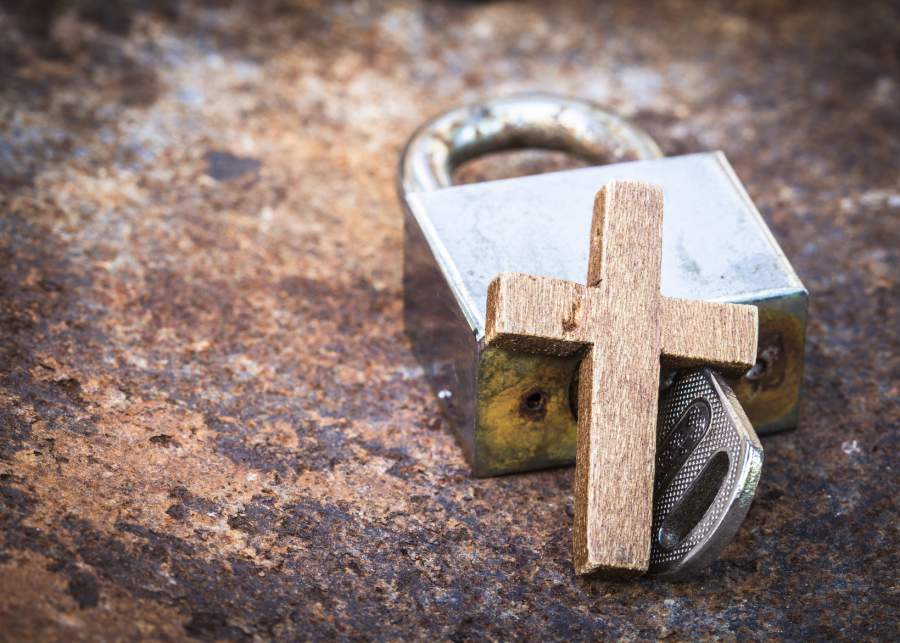 “Congress shall make no law respecting an establishment of religion, or prohibiting the free exercise thereof …”

These opening words of the First Amendment of the Bill of Rights seem perfectly clear. They were written by James Madison “in response to calls from several states for greater constitutional protection for individual liberties,” and so “the Bill of Rights lists specific prohibitions on governmental power.”

How absolute are these prohibitions against governmental interference?

According to some leading gay activists, these prohibitions are hardly absolute at all. In their view, religious institutions do not have the right to forbid homosexual practice. If they dare to do so — meaning, if they dare to follow the plain teaching of the Bible as it has been understood for more than three millennia — they should be punished.

In California, a bill sponsored by Sen. Ricardo Lara (SB1146) would have removed all federal funding from Christian colleges and universities if they prohibited students from engaging in homosexual practice, taught that marriage was between a man and a woman, or required students to use the bathroom of their biological sex. In effect, “The bill was written to completely subvert and ultimately destroy Christian college education in California” and it has rightly been classified as “the most oppressive LGBT anti-religious bill in the country.”

After weeks of concerted national pressure from religious leaders, the bill was amended, removing the most egregious provisions but still leaving reasons for concern. Lara’s own tweet made clear that he was hardly dropping the fight: “As a gay Catholic man, nobody has the right to dictate how I worship or how I observe my religion #SB1146.”

It looks like the “free exercise of religion” is in for quite a challenge, as if the Founders had said, “Congress shall make no law respecting an establishment of religion, or prohibiting the free exercise thereof,” unless, of course, the religion in question taught that marriage was the union of a male and female or spoke against homosexual practice or wanted to keep men out of ladies’ bathrooms and locker rooms.

The Founders must be turning over in their graves.

In this same spirit, “An LGBTQ advocacy group has sent a letter to the commissioner of the Big 12 urging the conference to remove BYU from consideration for membership because it says the school has discriminatory policies.”

What are these discriminatory policies? Take a guess.

Yes, these gay activists are calling on the NCAA not to allow this Mormon university to be part of the Big 12 football conference because of their prohibition of homosexual practice. To paraphrase this new version of the First Amendment, “Congress shall make no law respecting an establishment of religion, or prohibiting the free exercise thereof, unless, of course, the practice of that religion is considered discriminatory by homosexuals.”

What could be more ridiculous? Perhaps the coffee industry could join forces in the attack against BYU, since it also forbids its students from drinking coffee?

These new LGBT moves are nothing less than a direct assault on the First Amendment, both in spirit and in letter. This can be easily illustrated by focusing on another part of this fundamental part of the Bill of Rights, namely, the freedom of speech and the press.

To quote the First Amendment in full, “Congress shall make no law respecting an establishment of religion, or prohibiting the free exercise thereof or abridging the freedom of speech, or of the press; or the right of the people peaceably to assemble, and to petition the government for a redress of grievances.”

What exactly does this mean? Obviously, we have immense freedoms of speech and press, as a two-minute online search would immediately indicate. Almost every imaginable viewpoint finds a passionate advocate, while news headlines compete with each other in terms of sensationalistic claims.

And no matter how idiotic or extreme or preposterous these views and claims may be, unless they are aiding and abetting unlawful behavior, they are protected by the First Amendment.

You can say, “White men are the devil!” or “Black men are cursed!” or “America is Satan!” or “Obama is the antichrist!” and your right to say such idiotic things is fully protected by the law. You can say, “Gays are dirty!” or “Christians are filthy!” and your mudslinging is within your legal rights.

And when it comes to the free exercise of religion, we don’t have to wonder what James Madison had in mind. Elsewhere he wrote, “The Religion then of every man must be left to the conviction and conscience of every man; and it is the right of every man to exercise it as these may dictate. This right is in its nature an unalienable right.”

Madison also wrote, “Because Religion be exempt from the authority of the Society at large, ‘still less’ can it be subject to that of the Legislative Body.”

To be sure, Madison resisted any attempt to force the Christian religion on others, writing, “Whilst we assert for ourselves a freedom to embrace, to profess, and observe the religion which we believe to be of divine origin, we cannot deny an equal freedom to those, whose minds have not yet yielded to the evidence which has convinced us.” (Cited in Jack N. Rakove, ed., Founding America: Documents from the Revolution to the Bill of Rights [New York: Barnes & Noble Classics, 2006], 295-97.)

The moment, then, that gay activists and their allies seek to punish religious institutions because they deem their beliefs discriminatory is the moment that the First Amendment of the Bill of Rights is being threatened.

It doesn’t get much more un-American than that.