Gangs, Cities and Police: The Missing Factor is Dads

The road to the future we want, passes through the past we’ve forgotten. 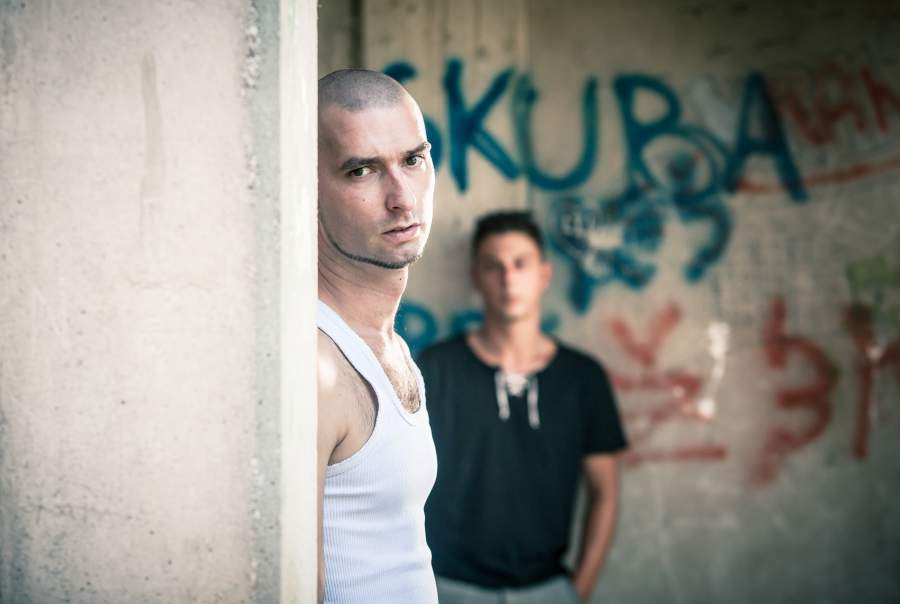 Imagine a world with fewer bullies, less violent crime, less poverty, fewer teenage pregnancies, greater academic excellence, higher self-esteem and less narcotic use. Most of us would welcome such a world (regardless of political persuasion, philosophical or theological worldview), even though we may disagree on how to achieve it. While some might turn to a governmental solution, the road to this reality passes through familiar, if sometimes forgotten, territory.

I first examined the road map as a Gang Detail police officer in the late 1990s. I spent two years working in this unit, talking to gangsters in southwest Los Angeles County and investigating their crimes. I had two boys of my own at the time; I desperately wanted to understand why young men got involved in gangs so I could make sure mine did not.

The problem (and the accompanying solution) became clear to me one night as I facilitated a town hall meeting focused on our growing gang problem. During the Q and A, a teary eyed woman raised her hand and asked, “What is the Police Department doing to keep our kids out of gangs?” Her question was genuine and urgent. I looked around the room, paused a second and then decided to speak the truth.

“Nothing,” I said. “We simply don’t have the resources to keep your kids out of trouble. Instead, we are doing our best to keep gangsters from harming the kids who are not in gangs.” But I knew I had to say more. “I have to ask you to look around the room for a minute.” Approximately fifty women scanned the audience in response to my request. I finally asked the obvious question, “Where are the dads?”

Until our culture understands the value of the traditional role of fathers and returns to the past, the road forward will be rocky at best.

Across Social, Racial and Economic Lines, A Common Problem

In our city we encountered gangsters from nearly every walk of life. We had Hispanic multi-generational gangsters on the east side of town, African-American gangsters to the north, white “skin-head” gangsters in our south end and Korean gangsters on the west side. These young men came from very different social, racial and economic backgrounds, yet all of them were engaged in violent, criminal behavior.

They all shared one common feature: lack of dad. Some of these boys never knew their dad, as their moms were unmarried. Some had fathers who were in and out of jail and largely unavailable. Some had dads who were alcoholics, drug addicts or simply absent. Others had fathers who were ambitious, law abiding business men who paid little or no attention to the activities of their children.

In every case, the absence of an involved father made all the difference in the world.

A study published several years ago by the University of Western Australia (“How Fathers and Father Figures Can Shape Child Health and Wellbeing”) once again affirmed the importance of traditional families and fatherhood:

Children with distant, uninvolved fathers are at greater risk of developing mental illnesses like depression, anxiety or bipolar disorder. They are twice as likely to have a substance abuse problem and ten times as likely to be involved in crime.

No Program is a Substitute for Parenting

As it turns out, individuals (in this case, fathers) are far more capable than governmental organizations and programs. About the same time this earnest mother asked me what our agency was doing to keep her boys out of gangs, our department was involved in two community based programs: the DARE (Drug Abuse Resistance Education) program, founded right here in Los Angeles by former LAPD Chief, Daryl Gates, and the GREAT (Gang Resistance And Training) program, created by the Department of Alcohol, Tobacco and Firearms and the Phoenix Police Department. Officers from our School Resource Division conducted these programs for upper elementary aged students in our city.

The goal of the effort was to “provide children with the information and skills they need to live drug and violence free lives,” and provide “immunization against delinquency, youth violence, and gang membership for children in the years immediately before the prime ages for introduction into gangs and delinquent behavior.”

We taught the curriculum for many years until we started to gather statistics from graduating high school seniors who participated in the programs as children. We saw no statistical difference in their behavior related to drug use, gang affiliation, or violence. All our efforts made little or no impact on the problem. We eventually ended our participation in these programs. Officers spending ten hours a semester with young people simply cannot approach the influence of engaged parents, particularly fathers.

Sometimes in our effort to make a better future, we are too quick to discard wisdom from the past. It’s time to return to time-tested wisdom, including the wise involvement of fathers. While it’s tempting to delegate our responsibility as parents to others, it’s seldom effective. Until our culture understands the value of the traditional role of fathers and returns to the past, the road forward will be rocky at best.

Kate Hudson’s Daughter and the Challenge of ‘Gender’