From 2000 Mules to Spartacus: How to Beat the Heat on Your Sofa 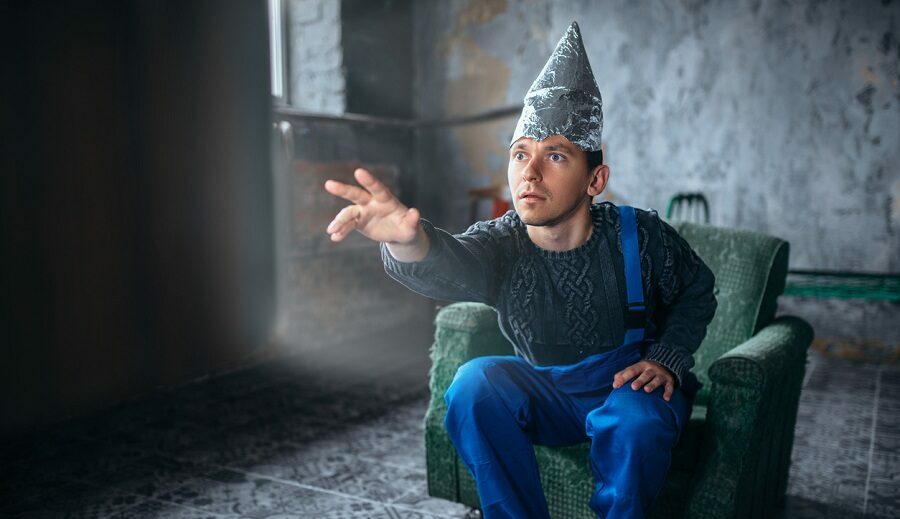 In honor of “climate change” and the toasty afterlife that awaits ecological fetishists, I’m turning my a/c down to 67, and hunkering down through the rest of the 100+ heat wave down here in Texas. Here are some of the classics, and recent gems, I recommend for the rest of summer. Which in my parts, can last through Thanksgiving.

So, for when you lack the energy to work on summer reading, here are some cinematic alternatives.

Independence Day may have passed, but our country is still under siege, from criminals at the top to cartels controlling its borders. So here are a few films to help you be a more informed and inspired American:

2000 Mules, Dinesh D’Souza’s meticulous investigation of the mounting, massive evidence of coordinated vote fraud in the 2020 election. Whatever the show trial committee conducting political purges on TV says, there’s nothing more patriotic than fighting for free and fair elections — and nothing more un-American than punishing citizens for asking questions.

The Real Story of January 6. Speaking of purge trials, this new film from EpochTV explores the extensive involvement of FBI informants in the build-up to the January 6 election integrity rally, which Democrats and turncoat Republicans are treating as the Reichstag fire justifying the end of democracy. Among its main sources is the great investigative journalist Julie Kelly, who has exposed the worst Deep State abuses of honest citizens.

Divided Hearts of America. This film by NFL star Benjamin Watson and Stream Senior Contributor Jason Jones explores the tenacious moral and political arguments over human life and abortion. It listens to both sides, letting pro-choicers expose their own extremism and unprincipled advocacy of a throw-away culture of children.

1776. This classic musical from the 1970s has held up extremely well. Like most of you, I watched it in school in 6th grade. And probably missed much of what makes it great. Fantastic acting, stirring songs, lots of humor and pathos, retelling a story of heroes and founders who risked it all: lives, fortunes, and sacred honor. The story is exciting, even suspenseful — though we know the outcome. Or do we? Whether or not we “can keep” a republic is something you and I will have to prove.

Here’s How it Happened

The Last Kingdom is a multi-season series based on historical novels by Bernard Cornwall. It tells the gripping, David vs. Goliath story of the last Christian kingdom in England not conquered by pagan Vikings — the Wessex of King Alfred the Great. It doesn’t paint all the pagans as monsters, or all the Christians as saints. But it does offer fascinating, sympathetic characters, gripping battle scenes, and plenty of palace intrigue. It’s Game of Thrones for people who don’t need gratuitous nudity and goofball nihilism.

Midway (the recent one with Woody Harrelson, though the old Charlton Heston version has its merits) does a yeoman’s job transporting us to the America that suffered the Pearl Harbor sneak attack, and rallied all its massive resources to retaliate. It shows the Japanese point of view as well, but doesn’t whitewash the fact that the U.S. was motivated to risk conflict with Japan because that empire was conducting a full-scale genocide in China. Great acting, beautiful visuals, and powerful special effects help bring to life the terrifying risks our sailors and airmen took in that grueling war.

De Gaulle is a powerful biopic of an anti-Nazi hero — a Christian nationalist par excellence, who was fueled in his hatred of Hitler’s ideology in part by love for his daughter with Down Syndrome: He knew that she too was a target of the Holocaust.

Spartacus may have been written by a card-carrying Communist. But the story betrays his ideology, affirming an equality and freedom that only Christianity would bring the world. A slave revolt against an icy authoritarian regime that uses forced labor, and ends with the self-sacrificing hero dying on a cross … that could only turn out anti-Communist. Thanks to director Stanley Kubrick and stellar acting by Kirk Douglas, Jean Simmons, and Lawrence Olivier, it also turned out brilliantly.

Richard III is a brilliant adaptation of Shakespeare’s play that conservative hero Steve Bannon helped make, back before he was busy trying to save the country. Starring Ian (Gandalf) McKellen, it sets the story of a tyrant rising to power in 1930s England, with Richard of Gloucester dressing and acting like a British Fascist. It might or might not be accurate history, but the play is one of Shakespeare’s greatest, and this is an accessible, pruned-down version of it that all will enjoy.

Films That Feed Your Faith

Risen presents the story of Jesus’ resurrection from a unique perspective: that of one of the guards assigned to oversee His crucifixion. As I’ve written here before, this is especially useful for us today, since we’re a lot closer to Roman soldiers than we are to Jewish zealots. Brilliant performance by Joseph Feinnes as the soldier who struggles with miracles he cannot quite dismiss.

The Passion of Joan of Arc is a black-and-white, silent 1920s classic with a gorgeous recent soundtrack. Lovingly restored, it tells the true story of a simple peasant girl who answered God’s call to save her country from 100 years of war. It’s based closely on Joan’s meticulous trial transcripts, which were discovered not long before the film was made.

Becket stars the delightful Peter O’Toole and the nuanced Richard Burton, as two great men who start as friends but are doomed to clash: An English king accustomed to ruling as a despot, and the man he appoints as head of the English Church — who feels compelled to risk all by resisting him.

When You Just Want to Get Away from it All

Lost in Space is a multi-season science fiction adventure show, only mildly inspired by the classic 1960s TV series. It shows a complex and loving family on an epic journey to the stars to save the human race, who face vicious challenges, betrayal, and startling new situations. They prevail by sticking together and staying true to each other. A really uplifting series to watch as a family.

30 Rock is a famous comedy series from another America — just 10 years ago, when TV producers would mock liberals and conservatives together, poke fun at racial pieties, and explore ethnic and social tensions without making any one group the villain. As you watch it, you’ll be shocked at how narrow, censorious and humorless our culture has become since that night in 2016 when the people disobeyed their masters and voted “wrong.”

The Offer is a limited series that tells a fascinating story: how Mario Puzo’s novel The Godfather, and Francis Ford Coppola’s epic films based on it got made. The answer is … with much more difficulty than you’d imagine. The story is told from the perspective of the newbie producer who shepherded The Godfather to completion — despite resistance from the actual Mafia, Frank Sinatra, and the meddling New York congressman who wrote my college recommendation.

Decline and Fall is a three-episode series based on the first novel published by Catholic literary genius Evelyn Waugh. He wrote it before his religious conversion, so it’s a dark, bitterly funny satire of the cruelties, folly, and self-indulgence of English elites between the World Wars. Brilliant acting, gorgeous sets, and biting jokes. Not for the faint of heart or the kids, but a bracing bit of fun.

Great Greek Myths is a gorgeous animated series that retells the murky, convoluted tales that ancient Greeks accepted as the explanation for everything. The visuals and music are stunning, and the cultural history offered is important for understanding Western art and literature ever after. Watching the grotesque shape of pagan beliefs will make you grateful for our own luminous, reason-friendly Faith.

CuriosityStream isn’t a movie or a series but a network. For just a few bucks a month, get access to thousands of fascinating, beautifully produced documentaries on every subject imaginable. (I’ve watched almost 100 of its shows about animals and nature.) From ancient and medieval history to food, travel, science, and art, this network offers countless hours of fascinating self-education.