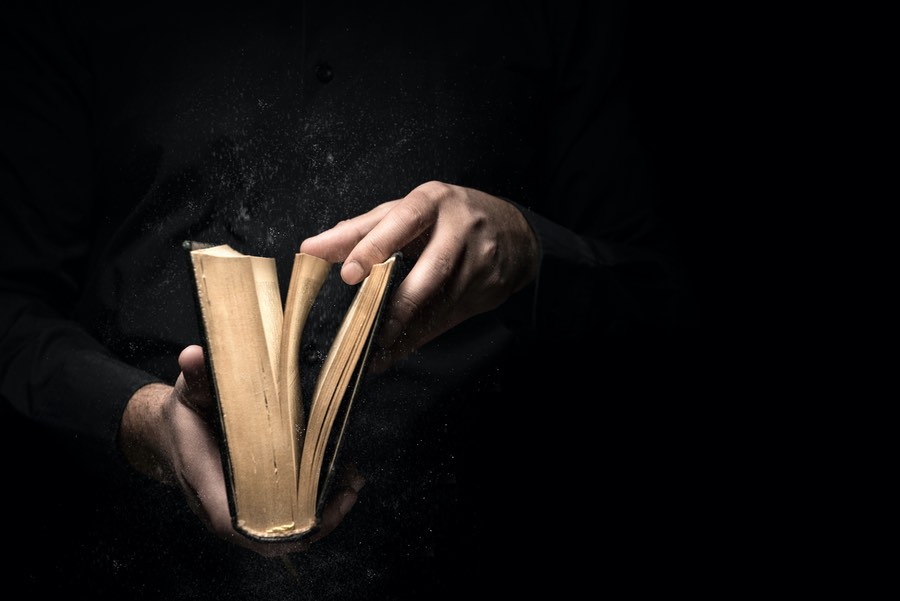 The Magna Carta. Common Sense. The Declaration of Independence. The Emancipation Proclamation.

Every great revolution happens first on paper. Every battle fought with weapons is preceded by a battle of ideas. America’s fight for independence was finally finished at Yorktown, but it began in candle-lit rooms with books and quill pens.

A nation’s destiny is determined by the ideas it ingests, and America has mostly forgotten how to read. That includes especially conservative, Christian America.

I’ve been writing on Christian/conservative strategy against the current lunacy. Up till now I’ve focused on near-term strategy to protect our loved ones and contain the damage. Now it’s time to talk about actually defeating the madness. That’s no short-term project. It’s going to take years, maybe decades, barring God’s special intervention. And it’s going to require us doing what we haven’t done in decades: studying.

I’ll bet you weren’t expecting me to say that.

America’s founding was brilliant, a work of unsurpassed political wisdom. Where do we think that brilliance came from? Clean air and lots of trees? Rugged independence? The “American spirit”? No. The Founders were students. They knew their Bible, for starters, and that includes men like Jefferson who didn’t believe all of it. They knew their Hobbes and their Rousseau, their Locke and their Burke. They knew the Magna Carta, their English common law, and their European history.

Our nation’s founders knew the good and the bad in political theory. They advanced the good — a work of genius indeed, but not invented from nothing. They built upon previous works of brilliance.

And now in America we’re experiencing another attempted revolution, dedicated to tearing it all down. This one started on paper, too. Atheist and skeptical philosophers have long been clawing at the roots of sexual morality, going back at least to Russell. Antonio Gramsci founded cultural Marxism. Kirk and Madsen published a disturbingly brilliant strategy to cause America to “conquer its fear and hatred of gays in the ‘90s” — to embrace homosexuality, that is.

The revolution began in academia. It really took off when the rebels of the 1960s became the professors of the 1980s and beyond. “White privilege,” “Intersectionality,” and all the other slogans today’s mobs use to justify their uprising — they all came out of the universities.

And the university’s influence has spread through the rest of our education systems, through the legal systems, and by way of an eagerly welcoming media, into the mind of America. One might even say, into mindless America.

Mindless America follows slogans rather than thinking through ideas. “Black lives matter” — well, of course they do! But what does that slogan contain, beyond the direct meaning of those three words? The organization of that name has a lot more on its agenda than racial equality. It stands for destroying the nuclear family, the very thing “black lives” need most in order to recover from their struggles. BLM stands for socialism, abortion, and sexual libertinism, none of which will do blacks any good in the long run.

Still the slogan reigns over all. To question BLM, the organization, is to question whether black lives are important or not. That’s mindless.

And now, when nothing could be more important politically than learning from our history, both good and bad, the mobs want to destroy it instead.

The left has a serious lock on the flow of ideas in America, and there’s only one way to break it: by out-studying them and out-thinking them.

The Sacrifice We Must Make Today

Do we want to protect our freedoms? To emulate our Founders? Then we’ll have to sacrifice for it. This is not going to be easy. We’ve got decades of damage to undo, and it’s going to take decades to do it. We can try shortcuts, but mark my words, they’ll fail. We’ve got to take the long view, which begins now with training ourselves, gearing ourselves up for the fight we must fight.

The strategy I’m calling for here isn’t our only one, and it won’t be enough by itself. We need strategies of prayer, too. We may even (God help us!) need serious strategies of covert communication, organizing to defend ourselves. Even if it comes to the worst case, though, civil war in America, the ultimate victory won’t be won with guns but with ideas. We’ve got to get ourselves equipped to fight for it.

I said “sacrifice,” and I understand that’s necessary. Here’s what it’s going to take: Study. Serious study. Hours of study. If not ourselves, then our children; that is, parents and pastors alike must urge our children to grow up as experts in both the good and the bad in theology, philosophy, history, sociology, politics, the sciences, the arts, and more.

Start Now to Emulate the Founders

If that’s too much to digest, then start slow: Just read a book. A good one. Read James Robison and Jay Richards’ Indivisible. At eight years old, it’s still the best single volume out there now, analyzing our current social and political situation. Read it carefully and thoughtfully, then read another good book. And another one. Read entire books, to break yourself of the internet habit of reading and clicking, reading and clicking. It hardly matters which books you choose, though I recommend you angle toward ones with good reputations and more than 50 years old. It’s about getting back in the habit of reading and thinking again.

Read to your kids — good books, still, of course. Home school them in the classics, or send them to a school that teaches that way. Let them grow up knowing how to think.

Is this real strategy? Will it really push back the mobs? Not in the short term, obviously, but again, we dare not think of this as a short term campaign. For the long run, this most definitely is what it’ll take. It may be a forgotten strategy, a forgotten lesson of freedom, but we’ve absolutely got to recover our minds if we’re going to recover our freedoms.

And it’s no coincidence, here on this July 4th, that by doing so we’ll also be emulating the Founders.

What Are We Talking About? Understanding the Evolving Definitions of Racism and Related Terms