Even leaders who don't support him have to be able to explain it — otherwise Christianity's witness won't stand up to the challenges of the year 2020. 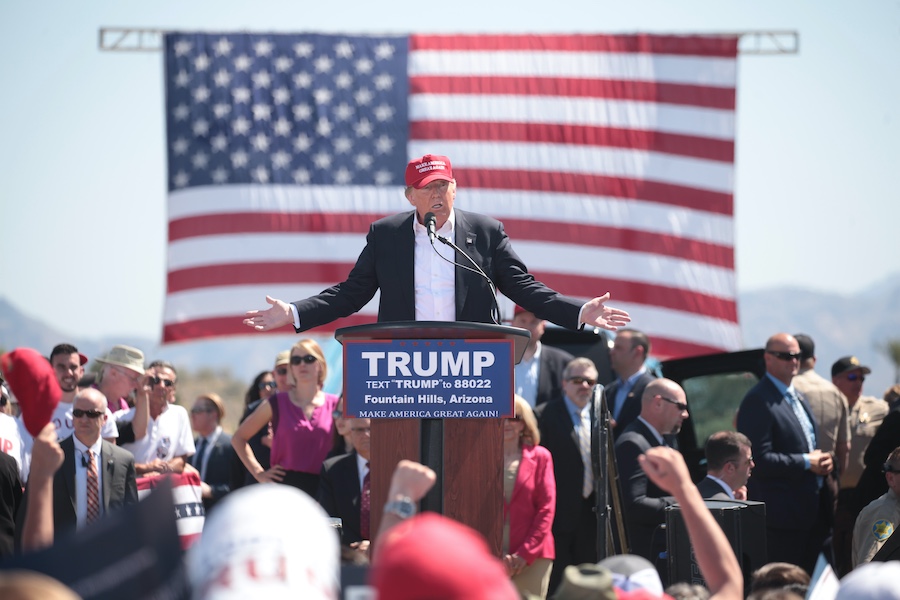 For most of the past few hundred years, the great question non-believers asked about Christianity was, Is it true? Do we have evidence for it? Does it have sufficient logic behind it?

That’s changed. The change happened fast, and it happened recently. Ten to twelve years ago I began noting a new question from non-believers: Is Christianity good? What about Christianity’s reputation as bigots and homophobes? Why would anyone want to join up with a group that has that kind of image? It’s a fair question, though of course there are good answers. I wrote my 2015 book Critical Conversations: A Christian Parents’ Guide to Discussing Homosexuality With Teens mostly to help parents guide their kids through that kind of question.

The New Question We Must Answer

Now, however, we’ve got a whole new issue. It’s still about whether Christianity is good, but it’s less focused on marriage and sexual morality. It’s simply this: How can Christianity have any credibility when so many evangelicals are “entangled” with Donald Trump and the Republican party?

If Christians can’t answer that — and I mean by taking seriously the fact that evangelicals do support Trump in large numbers — our witness to the world is in trouble.

I know that some Christian leaders think the answer goes like this: Evangelicals who support Trump are wrong. They should renounce Trump, and until they do, I’m going to distance myself as far as I can from them.

That doesn’t work, though. Check the book of Philippians. Or Jesus’ prayer in John 17. Or 1 Corinthians 1. Or John 13:34-35. Or Ephesians 2:11-22 (relevant even if it’s not exactly on topic) or 4:1-6. Splitting evangelical Christianity down the middle that way is not the kind of error any Bible-believing Christian should want to make.

Please Get the Question Right

Yet some are going there anyway. That word “entangled” comes from a highly inflammatory blog post I reported on earlier this week, from an ostensibly Christian group. Mark Galli’s now-famous anti-Trump editorial in Christianity Today last month basically said Christians can’t support Trump, at least not without giving up the integrity of our belief.

Still the fact is, some of us do. Therefore the question remains, and it’s crying for an answer: “How can Christianity be credible when so many evangelicals support him?”

Pardon me for repeating the question, but I fear many will get it wrong, thinking it’s “How could anyone support Trump?” or “Here’s why I support Trump.” That’s not the one that matters most to our witness. It’s “How can we show Christianity remains credible while so many believers support him?”

It isn’t, “How could anyone support Trump?” or “Here’s why I support him.” It’s “How can we show Christianity remains credible while so many believers support him?”

That question may not bother you in the least; in fact, you might not consider it a question at all. Other people do. Polls say our support for Trump and the Republican Party puts off a lot of young people from wanting to consider following Jesus Christ. I see that concern being expressed frequently in social media. It’s an especially hot issue during this election year. That’s why I believe the near future of Christian witness in America depends on whether we can answer that question.

This isn’t primarily a political issue. Obviously it’s got a prominently political side to it, but it isn’t about who will win in November, but about whether we can still win hearts to Christ in this highly charged environment. It cries out for an answer.

Some leaders will object, as Mark Galli did, saying the question has no good answer. That’s simply not true. It’s disturbingly dismissive, actually, implying as it does that millions of evangelicals are dupes, or self-seeking opportunists, or something equally bad. It suggests that none of us can think it through with any spiritual or intellectual integrity. None of us. Only #NeverTrump Christians can do that.

Really? I don’t think so.

Questions like these have so many layers, it’s hard to know where to begin. This one seem seems to floats in the air, vague and wispy, so even if you can’t always even see it, still somehow you know: Christians have a reputation problem, and his name is Donald Trump. It hardly matters how well we answer an accusation like that, when it’s the sort of thing that people pick up less by reflective thought and more by breathing it in from the atmosphere.

Three Levels of the Question

Meanwhile, though, the charge also comes our way as a more overt accusation. Or a taunt. “You say you’re a Christian, and you still support Trump!? How can you?” And there it sits, as if the question answers itself: “You can’t.” There’s no reasoning involved, so it’s hard to expect reason to serve well in supplying an answer. It’s not far off from bullying in that sense.

But there’s at least one more level on which the question comes: the genuinely reflective, substantial level, where questioners know how to articulate their position, and for whom opposing Trump is a matter of personal moral integrity. They just can’t vote for a man with Trump’s moral history.

Many of us still can, though. And even if it’s hard to answer the accusation that floats in on us in the atmosphere, or assaults us with taunting, we still have the responsibility to answer it on the thoughtful and reflective level. Even those who don’t support Trump have to do that. Remember, the question isn’t, “Is Trump a good president?” It’s, “How can Christianity be credible when many Christian support him?

We Have a Responsibility Regardless of Our Politics

If you can’t answer that — no matter what you think of Trump — then you’re in no position any longer to say Christianity in America is credible. Jesus never said our unity was based on our politics. We can’t afford to make it be.

We have a responsibility here. We’ve got to answer the credibility question. Our unity and our witness depend on it. Even if it’s a hard question to answer, which for some it may be, we still have that responsibility.

I know it will be especially tough for a lot of pastors and other Christian thinkers and leaders, who are opposed in principle to saying anything at all about politics. Sorry, but it’s unavoidable. It’s always been impossible for Christians in a democracy to avoid politics: Our Constitution makes us the government — at least on election day, every time it rolls around. We can’t shirk that responsibility without being, well, irresponsible.

The question is also unavoidable because (pardon me) it’s unavoidable. That is, it’s going to keep coming at us, and the members of our congregations, and our family members, whether we want it to or not.

The pastor, speaker, writer, or even parent doesn’t address the most pressing questions of the day makes himself or herself irrelevant. And also makes Christianity seem irrelevant in the process.

If You Don’t Support Trump, You Must Still Support Christian Unity

But what about those who can’t even imagine how Christians could possibly support Donald Trump? My word to you: Do you agree that our witness for Christ is paramount? Is your anger helping your witness, or anyone else’s? Wouldn’t it be far better to answer this way? “I don’t agree with them, but I love them as brothers and sisters in the Lord. If nothing else, I can at least appreciate that they’ve got reasons. I refuse to condemn them, or to make their politics the test of their Christianity.”

I in turn can appreciate my fellow believers’ convictions, when they say they can’t support Donald Trump — even though I disagree. That’s how Christian unity is supposed to work: not in agreement on everything, but in love and mutual respect.

This isn’t about politics anymore, and it certainly isn’t about re-electing a president. It’s about our witness. It’s about answering the urgently pressing question of the year 2020: How can Christianity be credible when so many believers support Donald Trump?

There are answers to that question. Good answers; reasons that are more than sufficient to satisfy a reasoning mind, I’m convinced. We have to speak them — for the sake of showing people we love that they, too, can follow Jesus Christ and have fellowship with his people in all integrity.

I’m just raising the issue today. I’ll return with recommendations on how to address it. Because address it we must.