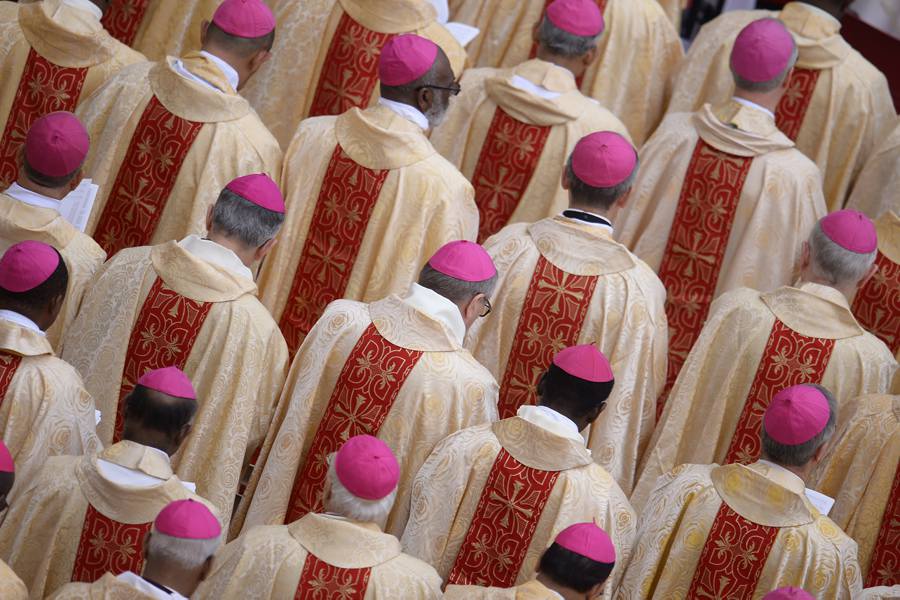 By Christopher Manion Published on August 8, 2019 •

Last May, Archbishop Wilton Gregory was solemnly installed to replace Cardinal Donald Wuerl in the Catholic Archdiocese of Washington. At that ceremony, Gregory referred to the bishops’ abuse and coverup scandals. With a hopeful reference to Christ’s calming of the storm (Matt. 8:23-27), he admitted that “we clerics and hierarchs have irrefutably been the source of this current tempest.”

Since that day, Washington’s faithful have eagerly awaited Gregory’s response to their countless questions regarding that “tempest.” Moral and financial scandals have rocked the hierarchy. Bishops remain silent on the investigation of Gregory’s criminal predecessor, the defrocked and disgraced Theodore McCarrick.

And the new archbishop faces two even greater evils that infect the nation’s capital. First, Washington’s powerful homosexual community. This powerful lobby has intimidated Gregory’s predecessors and made DC’s archdiocese distressingly “gay-friendly.” And second, the District’s scandalously high rate of abortion. This horrific practice exterminates unborn black children at a rate far higher than that for any other race.

On August 1, Archbishop Gregory finally issued his first public statement. It was a stunning disappointment. He simply ignored his consecrated duty to combat the intrinsic evils of sodomy and abortion so rampant in his archdiocese. He blithely disregarded the roiling scandals in the hierarchy. Instead, he joined in with the DC echo chamber to do what comes naturally. That is, attack President Trump.

It was all a part of a farcical dog-and-pony show.

When Trump is attacked, he strikes back. Just one more day in the life. But a day later, Baltimore Catholic Archbishop William Lori weighed in. “It saddens me to see Baltimore severely denigrated by President Trump. Baltimore is near and dear to my heart,” he said.

Then, with his brother bishop under fire, Archbishop Gregory’s statement weighed in. “I join my brother Archbishop William Lori in sadness and deep regret for the ways our Maryland neighbors in Baltimore have been denigrated in recent public attacks.” So his “reflection” reads. He didn’t deny Trump’s facts, however, and neither did a statement from the national bishops’ conference the following day. Everybody was “deeply saddened” by “the denigration of the City of Baltimore” in “language that is divisive and disrespectful,” it read.

Trump points out Baltimore’s degeneration and bishops call the truth denigration. Par for the course.

But consider: the bishops have for years refrained from criticizing the Left that has been screaming at Trump. Of course, the leftists have no arguments, only epithets. They have now settled on “racism” as their current epithet of choice. Why did Gregory to join in and use this particular political spat to attack Trump and his supporters?

There is a backstory here. America’s bishops know that Lori is in trouble. They’re afraid that a closer look at corruption in Baltimore might unearth damaging information about its Archbishop. After all, he’s already embroiled in a financial cover-up scandal of his own. Moreover, they know that Gregory was president of the bishops conference in 2002. It was then that he joined McCarrick to broker the deal to cover up for over 100 bishops who had been enabling sex-abusers for years.

Last but not least comes the money. And there, Trump presents the bishops with a vexing problem. Yes, he is the most pro-life president in history. Yet, he is the most powerful opponent of the bishops’ campaign for open borders, amnesty, and sanctuary for illegal alien criminals.

OK, so he’s pro-life. So what? Unfortunately, the bishops receive no federal funding to combat abortion. That’s why, for years, the bishops have abdicated the leadership of the pro-life movement to the laity. There’s no profit in it.

But immigration is different. There, the bishops receive over a billion federal dollars a year for their secular non-governmental-organizations (NGOs). Much of that funding goes to programs caring for immigrants, legal and illegal.

In that regard, Trump threatens the very financial livelihood of the bishops in a critical moment of their history. Because of the unending scandals, donations from the Catholic faithful have tanked. Millions have simply abandoned the pews. Loss of that federal taxpayer cash every year could lead to the bishops’ financial ruin. Add to that the blizzard of ongoing abuse lawsuits, and the bishops have a mountain to climb.

Archbishop Gregory was the first African-American to head the bishops’ conference. After the 2008 elections, other bishops were condemning Obama as the most pro-abortion candidate in history. But Gregory was loving it. He called Obama’s victory “a great step forward for humanity.” It was “a sign that in the United States the problem of racial discrimination has been overcome,” he said.

Overcome? No way, say his brother bishops. Since 1979, they have formally taught that “most” whites are racists (whether they know it or not). And non-whites? They can’t be racists. They even repeated these calumnies last fall.

Bishops routinely use the racism charge to fuel their campaign for amnesty and sanctuary for illegal aliens. Recently they have added “hate” to their epithet arsenal. Echoing New York pro-infanticide Governor Mario Cuomo, senior prelates attack Trump personally for his “hatred.” Did they ever do that with abortion champion Obama? No.

The bishops’ attacks on Trump are more strident by the day. Archbishop Gregory admits that they are “irrefutably” the cause of the scandals, but they do nothing to address them. Instead, they play politics and drive people from the pews. By all appearances, they’re in as bad shape as Baltimore is.