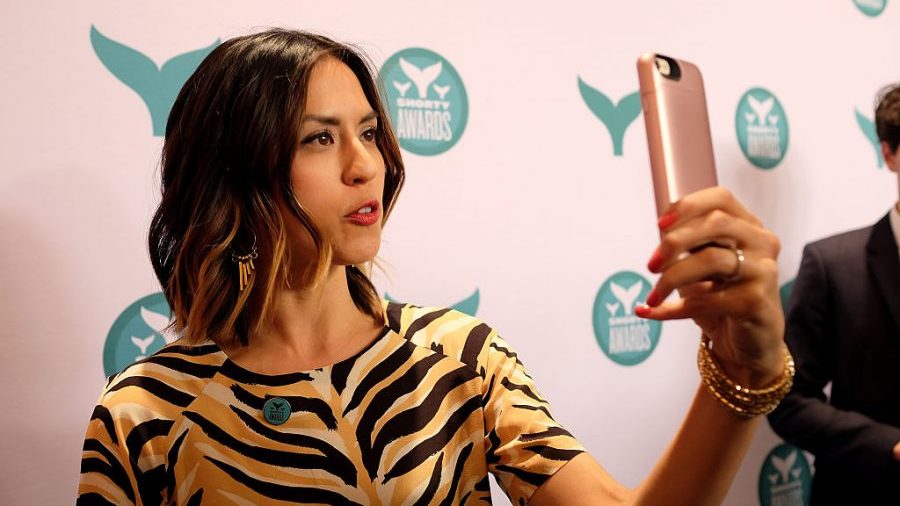 New Testament scholar James McGrath recently posted a video by Francesca Fiorentini touting the virtues of socialism. McGrath seemed pleased that Fiorentini had spiced her piece with slap-stick. “There are lots of good arguments in favor of socialism,” he claimed, “but they aren’t always presented in this entertaining a format … .”

Entertaining enough to be viewed more than two million times so far. That’s about one view for every 60 people killed by radical socialists in the last century.

Fiorentini says you can’t trust what an old cold warrior like me says about socialism. We right-wingers like to “demonize” the “s word.” First we treat communism as a bogeyman. Then we conflate it with “real” socialism — which one can find in Denmark and places north, apparently. Plus, we aren’t too big on books.

For a model of socialism, Fiorentini points us not to the old Soviet Union, but to Scandinavia.

It’s true I didn’t get all of my information about socialism out of books. I’ve seen quite a bit of it with my own eyes. But I also studied the history of Marxism under a leading expert in the field, at the University of Washington. So let me correct a few of Fiorentini’s errors.

Fiorentini cites (and defends) Wikipedia’s definition of socialism as “democratic” and “social” control of the “means of production.” She implies that socialism is “something like generosity.” In fact, sociologist Arthur Brooks has shown that Americans are many times more generous with their own money than are people in any other country studied. Religious Americans, mostly conservative, are especially generous. But no doubt “generosity with other peoples’ money” is what Fiorentini had in mind.

For a model of socialism, Fiorentini points us not to the old Soviet Union, but to Scandinavia. “I have seen the (frozen) future, and it works!”

Bernie Sanders himself points America to the same Valhalla. But citing the Nordic countries to explain socialism is weird, for at least five reasons:

(1) Scandinavia isn’t socialist. Not by the definition she cited. Yes, it includes a few socialist elements. The Norwegian state oil company is a prime example. And it includes high taxes and welfare spending. But most factories and shops are privately owned. Fiorentini’s favorite source, Wikipedia, notes:

The Nordic model is underpinned by a free market capitalist economic system that features high degrees of private ownership with the exception of Norway, which includes a large number of state-owned enterprises and state ownership in publicly listed firms.

Of course Norway struck massive amounts of oil, too. That’s another viable path to riches, if you can swing it.

(2) The Nords did not get rich by giving away other peoples’ money. Their welfare states were built on a solid base of existing wealth.

(3) A millennium ago, Norsemen made money by raiding. They pillaged, raped and stole. Finally their victims organized under a common Christian faith under leaders like King Alfred to end it. Then Vikings converted to Christ themselves. They gave up human sacrifice and raiding, and developed institutions to care for the neglected.

Clearly, neither “socialism” nor skepticism explains fully whatever positive outcome all those years of Lutheran potlucks wove into the Viking social fabric.

Read the Cambridge History of Scandinavia. Peruse a biography of Norwegian reformer evangelical Hans Hauge. Or talk to many skeptics in the Northland yourself. Often you will hear Christ’s teachings used to explain how modern Scandinavian cultures formed out of that pillaging Norse subplate.

The conversions started with the kings and slowly worked their way down to the masses. Then the pietist movement taught Beowulf and kin to read the Bible, quit fighting and start small businesses.

All this while the spirit of Karl Marx raged in impotence, like Grendel beneath a German swamp.

(4) Or meet the Scandinavian Americans. They came to America long before their homelands turned into welfare states. They haven’t lost their Christian faith as quickly and thoroughly as their cousins among the glaciers and fjords. (My Norwegian grandfather, a longshoreman, came to faith in old age, listening to Chuck Swindoll on the radio.) Scandinavian Americans in rural North Dakota or north Seattle (where Grandpa retired) seem no more beset with social ills than their kin in the old country.

Clearly, neither “socialism” nor skepticism explains fully whatever good outcome all those years of Christianity wove into the Viking social fabric.

(5) But there remains yet the oddest facet of this exaltation of the “Scandinavian model of socialism.” It ignores an entire fetid jungle of human misery elsewhere in Europe, Asia and South America. Why do we train our eyes on Nordic countries, which combine capitalism, social welfare and the vestiges of their Christian past? Why do we ignore a herd of crop-trampling pink elephants in the room?

“Okay, here it comes! These right-wingers always bring up communism to muddy the pure waters of socialism! Straw men! Bernie Sanders and his followers aren’t advocating any sort of Marxist-Leninist revolution. They want an evolution toward a more kindly country. They want to build an equitable society through democratic means.”

OK, Francesca. But you’re the one who cited Wikipedia. About half the material in that socialism article is about the “communism.” This is the actual Marxist-Leninist strand that almost conquered the world, and left a hundred million dead bodies behind.

Most of these states didn’t call themselves communist, but socialist. Cities across China still display thousands of posters proclaiming the “Twelve Core Socialist Values.” The full name of the “Soviet Union” was the “Union of Soviet SOCIALIST Republics.” Even that little party in Germany that put black spiders on their flags called itself “National Socialist.”

As far back as 1949, George Orwell, left-wing but famously honest with words, recognized this clearly enough. The party of Big Brother in his dystopian novel 1984 was entitled “Ingsoc,” or “English Socialism.”

So let’s pause and wonder about this “socialism” of hers. Why would anyone give their movement the same name these mass murderers preferred?

I first arrived in China in 1984. The “Great Leap Forward” and the “Cultural Revolution” — with all their killings and imprisonments — had not yet receded from memory.

The Transformation of China

Beginning with Deng Xiaoping’s so-called “socialism with Chinese characteristics,” economic zones were opened to outside investment. Peasants were allowed to buy and sell their products. Factories began pumping out consumer goods. Workers were paid pennies per hour, which was better than pennies per day as in the countryside.

In the 34 years since then, I have watched China grow rich before my eyes. The port city of Shenzhen, for example, was once a few grey buildings scattered across a ditch, with a large statue of Chairman Mao welcoming visitors. Now it’s a glistening city of skyscrapers and parks, comparing well in many ways to American cities.

Ignorant Americans tell me on Facebook how inland Chinese peasants are still starving. I answer, “This afternoon I walked by a farmhouse in central China, and the peasants were outside washing their car and having a water fight. Maybe they’d better conserve their energy.”

China still speaks of “socialism” to preserve the legitimacy of its elite. But the means of production are either controlled privately or by entrepreneurial government officials. It may be crony capitalism, but the “means of production” are not generally in the hands of street-sweepers.

When the “means of production” are given to “the workers” in socialist fashion, in practice that always means that it’s given to bureaucrats.

Meanwhile, all of Scandinavia combined contains some 26 million people. That’s a fraction of some Chinese provinces. So why is it that when sophists like Fiorentini ring the bell of “socialism,” we think of the little post-Lutheran Valhalla of Denmark?

“But what about socialism in a democratic state?”

Again, look at the forest.

Leave aside Venezuela, where democratically-elected socialism has destroyed a nation more completely than bombs.

India was heavily influenced by various kinds of socialism from its founding until the early 1990s. Of course no one can blame the Congress Party for India’s poverty. Indians often blame the British for that. Some blame might also go back to Muslim invasions, or to the caste system.

But by the time I arrived there in 1984, it was not progress, but the stench, that took my breath away.

I was shocked at the size and sheer insolence of the rats in Bombay. They, at least, seemed to thrive under the system. The slums smelled awful; the concrete was crumbling. But what horrified me the most were the beggars, especially those who had been maimed, I was told, to elicit pity and cash from passers-by.

Millions in India now work for foreign tech giants, contributing tens of billions to a new and growing economy.

Can the many failures of socialism be counted as “betrayals?” No. Failure is baked into the cake. When the “means of production” are given to “the workers” in socialist fashion, in practice that always means it’s given to bureaucrats. If they think themselves wise enough to apportion labor and wages properly they are fools. If they consider themselves so pure as to seek power only for the good of others, they are even more foolish.

George Orwell posited an English Socialism that knew itself well enough to see it desired power for the sake of power itself. But that was maybe just a literary device to allow his villain to explain the ugly truth clearly.

The American system of government is founded on the notion that none of us is an angel. Week by week, the radical left displays the dangers of despotism. We see it with every conservative beaten and shoved off campus. It shows up in every quasi-legal lynching of a flower shop or bakery owner. It’s there with every Google employee fired for speaking subversive thoughts.

“Democratic socialism?” From this crowd? I don’t think so.

From any crowd? No, thanks.