First You Deny, Then You Gloat: Andrew Cuomo and the Radical Playbook

Let's call it "Denial-of-course-ism" — lie, then bully; bully, then lie 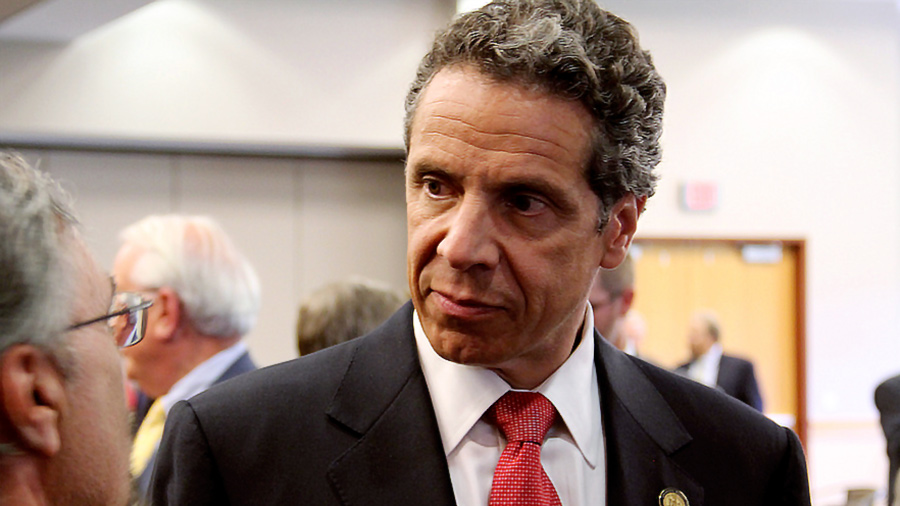 I wrote last week about how leftist elites engage in Logomancy, the Renaissance superstition that manipulating words can hand them power over reality. I was speaking then about how the same media that called the Coronavirus “the Wuhan Flu” a couple of months ago now refuse to use such phrases. The memo went out that talk like that is “racist” and they obeyed.

In the 1930s, Communist Party agents in Hollywood studios would do something similar. They’d run new movie scripts by their handlers in Moscow, and edit them as ordered. (Ever wonder what the “Hollywood Ten” refused to testify about? It was practices like these that the brave Elia Kazan exposed in his autobiography.)

Our media think they can erase the bloody fingerprints of the Chinese Communist thugs who locked up doctors and destroyed their test results, by shaking their laptops like “Etch-A-Sketches” until every reference to such facts simply vanishes. Another neat trick of the left, closely related, is equally a piece of word magic. I don’t know a name for it, so I’ll coin one. Let’s speak of Denial-of-course-ism.

The way this works is that leftists trying to sell us on radical new ideas deny their outrageous logical implications. That’s necessary, because a few people like me are always around. Folks whose minds immediately see each bumpy step down the slippery Gadarene slope to the sea. And we try to warn the public.

When we do, the new idea’s advocates pooh-pooh us and wave us off, calling us “extremists” or “alarmists.” That’s what happened to Phyllis Schlafly, when she warned that the Equal Rights Amendment would prevent the law from recognizing any differences between men and women. That it would enshrine abortion as a right in the Constitution. That the left wanted to abolish things like women’s bathrooms and sports. Feminists shook their close-cropped heads and waggled their fingers by their temples, suggesting Schlafly was engaged in “crazy-talk.”

Now the same feminist organizations that are trying to revive the dead ERA have changed their tune. “Of course” the ERA would accomplish all those things, exactly as Schlafly warned us. But now they feel comfortable, in the wake of transgender madness, in actually admitting it. They never give her credit for seeing things clearly, of course. They’re too busy denying the radical implications of their next “reform” and the next one after that. Which of course, they’ll admit and brazenly champion, once the culture is “ready” to choke them down.

We Don’t Want to Transform America. (Of Course We Do.)

Denial-of-course-ism runs rampant on the subject of immigration. When Teddy Kennedy promoted the 1965 immigration reform he’d authored, he and his allies denied that it would ethnically transform America. That it would import whole extended families of people from poor countries to U.S. cities. Or require massive investments in bilingual education. Or result in legal quotas that disadvantaged native-born U.S. Americans who happened to be white. None of that would happen, what were we crazy? Those were outrageous, ludicrous scare-stories cooked up by racists.

When such things started happening as predicted? Then it was time for gloating. “Of course” those were the legal and moral implications of our new laws and policy. What kind of crackpot extremist would dare to oppose them?

First Lie and Bully, Then Bully and Lie

The rule underlying “Denial-of-course-ism” is actually pretty simple. You censor, or outright lie about, the actual results a policy will likely have, and even the obvious logical implications it carries. You manage that by launching ad hominem attacks on all your critics. The worse and more insane your policy’s outcomes might seem to the muddled middle, the easier it is to paint conservatives as paranoid “Chicken Littles” for warning that the sky is falling. Do that good and loud, berating and bullying people, even as you do your best to bring the heavens crashing down.

Once great big pieces of sky are cluttering up the streets, you pretend that you were always up front about how this is what you favored. It was always obvious, of course. Then you insult people again, if they dare to complain. Bully them yet again with charges of skyphobic “extremism,” since they’re now out of step with the “new normal” you’ve created.

Of course New York is the ground zero for a Chinese pandemic virus. What’s more it’s something we ought to be mighty proud of.

By the 1990s, Bill Clinton felt comfortable enough to brag about it. Our immigration policies would make white Americans a minority, in a nation with no majority. Since my family hails from the former Yugoslavia (with the emphasis on “former”) I don’t think that’s so wise. (Such countries have a funny way of tearing themselves apart.) It’s exactly what Kennedy and other advocates of mass immigration promised would never happen. They denounced anyone who dared to mention the transformation of America, until they saw it as unstoppable.

Then they started crowing about it. Now I don’t think it’s healthy or right to obsess about matters of race. But why is it better, from a moral point of view, to fixate on destroying a majority than it is to fixate on preserving one? Aren’t both obsessions just mirror-images of each other, and isn’t each one equally … racist?

Cuomo Brags on Immigration as a Disease Vector

The latest practitioner of Denial-of-course-ism? New York Governor Andrew Cuomo, the man whom media have virtually anointed as “America’s Governor.” (They’re doing this on the model of Rudy Giuliani, who after 9/11 was “America’s Mayor” for a while.) Leading Democrats are salivating to nominate Cuomo, instead of Zombie Biden. See Breitbart’s report:

New York Governor Andrew Cuomo said Wednesday that the state was getting hit hardest in the United States because of their welcoming spirit.

Cuomo noted that New York had 15 times the coronavirus cases of California and other states and offered his opinion about why that was the case.

Now, when men like Pat Buchanan used to warn that open borders would serve as a superhighway for exotic deadly diseases, men like Cuomo would denounce them. They’d lie, and say that immigration critics considered foreigners “tainted.” Or even that we equated them with “viruses,” as the Nazis once spoke of Jews. That was the “Denial” phase, however.

Now that New York has been thoroughly inundated with massive immigration, and floats on its back in the sea at the bottom of the slippery slope? Time for the “Of course” moment. Of course New York is the ground zero for a Chinese pandemic virus. What’s more it’s something we ought to be mighty proud of. We turned our city and state into a petri dish. And now we expect the rest of the country to lick it, and pay for the privilege.

You’ve got to give these people credit, if only for their bottomless reservoirs of gall.