Finding God in the Midst of Adversity 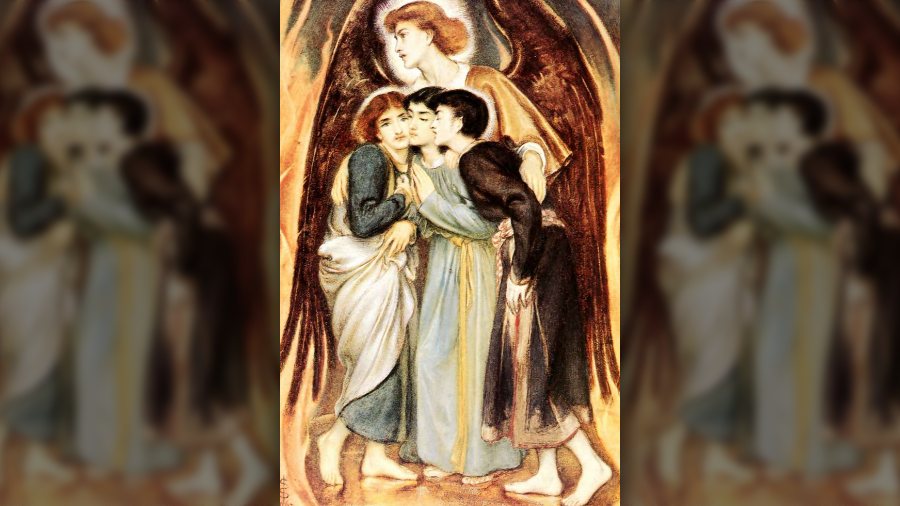 While it’s true God tests us (James 1: 3) and chastises us (Hebrews 12: 8), it’s my personal conviction that God is not the root cause of adversity in our lives. But if we trust Him, He always shows up in the midst of it. Isaiah 43: 2 says, “When you pass through the waters, I will be with you.”

I’m an airline pilot. While walking around the jet in Phoenix in July, the soothing shade under the wings shielding me from the “adversity” of the Arizona sun always brought to mind, “Under His wings, you will find refuge.” (Psalm 91: 4)

We Have God’s Own Promise

Sometimes we can glaringly see Him in dark situations, but other times, it’s like finding Waldo. However, He is always there. God told the Israelites while in captivity in Babylon, “If you look for me wholeheartedly, you will find me.” (Jeremiah 29: 13)

Shadrach, Meshach, and Abednego found themselves in extraordinary adversity when they were thrown in the fiery furnace by Nebuchadnezzar. But the Lord showed up, and His glory was revealed as the “fourth Man” in the furnace. (Daniel 3: 25)

His glory showed up in the lion’s den with Daniel and “shut the mouths of the lions.” (Daniel 6: 22)

His glory showed up for the Israelites when Pharaoh’s army had them trapped at the Red Sea, which He promptly … parted. (Exodus 14: 21).

Some feel that God brings these adverse situations and cite Jesus’ words, “In the world you will have tribulations … .” (John 16: 33) But quoting only the first half of the scripture reminds me of the story of the battle of Waterloo, in which the Duke of Wellington led the allied forces against Napolean of France. I’m not an expert historian, but the story goes like this:

After the battle was over, the allied forces approached the British shore on a foggy day. Some watchful Brits on land read these light signals from the ship: “WELLINGTON DEFEATED.” Then the fog rolled in even thicker. They were struck with fear and hopelessness. But when the fog began to lift, they were able to read the signals in their entirety: “WELLINGTON DEFEATED THE ENEMY.”

The Patience of Job

The extent to which our enemies (whether directly from the demonic realm, through evil people, or simply from our own stupidity) can instigate adversity, and the extent to which God will deliver us … that is all up for debate. But we can learn some clues from the story of Job. It allows us to go “behind the scenes” and get a glimpse of what’s taking place between God and Satan concerning forthcoming events in Job’s life. It’s almost like a courtroom trial; some translations even refer to it as “the heavenly court.” (Job 2: 1)

Satan had somehow gained the right to afflict Job. Since Ephesians 4: 27 tells us, “Give no place to the devil,” then we must be capable of giving place to the devil. Some speculate that in Job’s case, it was his fear. He did later admit, “What I always feared has happened to me. What I dreaded has come true.” (Job 3: 25)

Regardless of how Satan got his foot in the door, God set a boundary; he couldn’t kill Job.

So the stage was set, and it played out by terrible things happening to Job. But God was with him in the situation, not allowing his life to be taken and ultimately blessed him with “twice as much as he had before” (42: 10). Indeed, “Job lived one hundred and forty years, and saw his children and grandchildren for four generations.” (42: 16)

I want to end with a personal testimony from back in the early 90s. I was a pilot for a commuter carrier, trying to get hired by a major airline. I was driving home on U.S. Highway 377 from DFW airport to where I lived near Stephenville. I started to reach for a cassette tape in the front seat, only to discover it had slid onto the floor. I reached down to retrieve the tape as the car in front of me suddenly stopped, and I ran into him.

Thankfully, nobody was hurt, but my car was not fit to drive. That scenario in itself was enough for anyone to be discouraged. But my biggest frustration was that an accident was going on my record. And for obvious reasons, you don’t need that while trying to get hired as an airline pilot. Clearly, forces of evil were trying to steal my dream, even if I helped them out by my own carelessness.

But God was with me in the middle of that situation and had apparently laid down some boundaries as He did with Job. For starters, the Highway Patrol and the tow-truck were there in seemingly record time. A few minutes later, a big truck stopped. Its driver lived near Stephenville and was headed home. What are the odds? He told me to hop in, and he would give me a ride home. That was the first miracle, and I knew God was with me in this situation.

Fast forward a few days, and I went to the J.P.’s office to pay the ticket. To my astonishment, I found out the accident actually happened in a tiny sliver of Highway 377 that was in Johnson County, which was the only county on my route that had a “deferred adjudication” option. That would keep it off my record. If you look up a map of Johnson County, Highway 377 barely cuts across the corner of the county. But it does.

I don’t know if some sort of a conversation, as in the case of Job, went on between God and Satan. It’s New Testament too; Jesus told Peter, “Satan has asked for you, that he may sift you as wheat.” But if there was a conversation the night of my accident, God’s side might have gone something like this:

All right, I have looked through the files of justice, and it looks like you have won the right to wreck Nolan’s car. He fell for your trap of over-confidence on the highway. And your accusation of his fearfulness about having an accident is warranted. So, go ahead, but you can’t touch his airline career. I’m drawing the line there. He’s in faith for that, and it’s under my protection. So an accident would have to be confined to that small stretch of road in Johnson County, where he can get deferred adjudication. And you have no right to harass him tonight. I will provide him a ride home immediately after the accident.

Well, of course, I’ve taken the liberty to conjecture how those events were brought to fruition that night. But somehow God was able to show Himself strong in the middle of my adversity, staving off much worse circumstances. Oh, and by the way, I got that dream job. That’s spelled with a lower-case “j.”