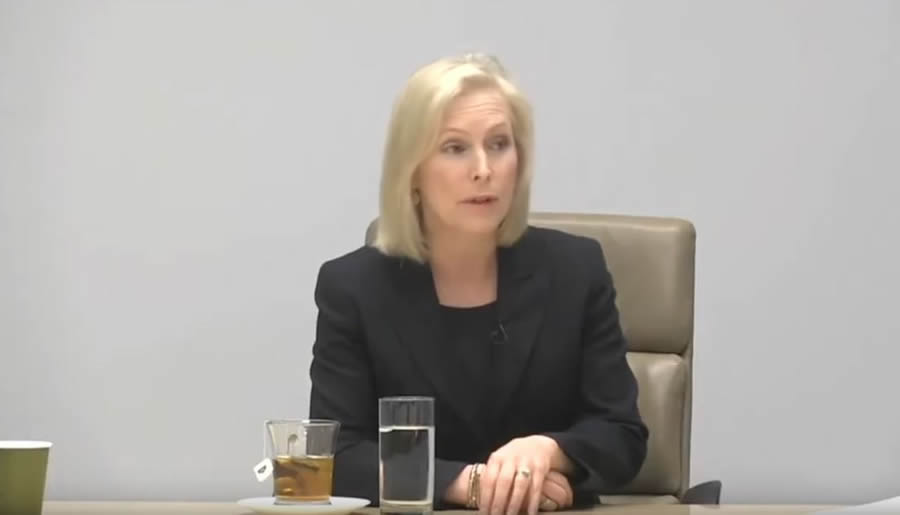 Monday at 1 p.m., Massachusetts lawmakers will hold a public hearing on a bill for the state to join New York and Vermont in allowing abortions of viable babies right up until the moment of birth for any reason. Pro-life activists are urging those who oppose this radical bill to show up for their one chance to make their voices heard before it comes up for a vote. As Bernadette Lyons, wife of state Rep. Jim Lyons said, “We are not going to let this proud cradle of liberty become the shameful cradle of death.”

I pray for their success, but it won’t be easy to melt the hearts of stone of those who defend abortion up to (and in some cases beyond) birth. Some honestly seem to believe that they not only hold the moral high ground, but that their viewpoint is the only valid, acceptable view, case closed.

If you think I’m exaggerating, here’s an example of someone who openly espouses that arrogant attitude and thinks she should be President to impose it on the rest of us.

In an interview with the Des Moines Register, New York Sen. Kirsten Gillibrand defended her promise to appoint only pro-abortion judges, saying this:

I think there’s some issues that have such moral clarity that we have as a society decided that the other side is not acceptable. Imagine saying that it’s okay to appoint a judge who’s racist or anti-Semitic or homophobic. Asking someone to appoint someone who takes away basic human rights of any group of people in America — I don’t think that those are political issues anymore.

So there you have it: if you don’t support the slaughtering of babies in the womb right up to (or beyond) the moment of birth, society has already deemed you the moral equivalent of a racist, anti-Semite or homophobe, therefore you should not be allowed to hold any important public position.

FYI: According to Gallup, in 1996, Americans who identified as pro-choice outnumbered those who were pro-life by 56-33%. Today, it’s tied at 48-48%. The percentage who think abortion should be legal under any circumstances has dropped from a high of 34% in 1992 to only 29% today. Fifty percent say it should be legal only under certain circumstances while 18% say it should always be illegal. That means that over two-thirds of Americans think abortion should be either restricted or banned. Even in Massachusetts, a recent poll found that 62% of residents oppose late-term abortions, while the same number support the state law requiring parental notification for girls under 18 to have abortions.

So, allow me to ask the obvious question: Sen. Gillibrand, who is this “society” that’s unanimously decided killing innocent pre-born children in the womb is the absolute, unquestionable standard for moral rightness? I have to assume you mean “you and everyone you associate with,” like the famous story of the New York writer who couldn’t figure out how Nixon got elected when nobody she knew voted for him. I think that both the lives of pre-born children and the First Amendment right of religious freedom deserve better than to be destroyed simply because you live in a bubble made of impenetrable cast iron.