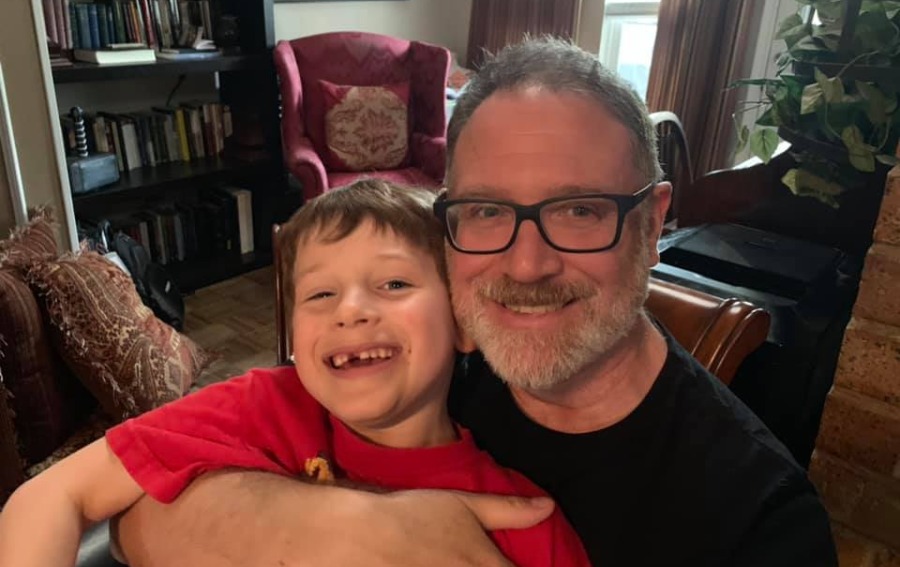 Jeffrey Younger is a father who does not want his seven-year-old son James to undergo a gender “transition.” But recently it looked like his ex-wife, Anne Georgulas, was going to get to solely decide what happens to the boy, and she wants to raise him as a girl named “Luna.”

But on Thursday Judge Kim Cooks of the 255th district reversed the jurors’ Monday decision, ruling that the parents will have joint conservatorship over James. This includes joint medical decisions. However, she also put a gag order on Younger so he cannot talk to the press. He will have to take down his Save James website.

Georgulas enrolled James in kindergarten under the name Luna. She began telling him he was a girl when he just three years old. She said she did this because he liked a McDonald’s toy that was meant for girls. Medical records reveal that she has met with GENECIS, a gender transition clinic in Dallas. She is considering starting James on hormone suppression when he is eight or nine. Georgulas is not the biological mother of James; she had the twins implanted from an egg donor.

Georgulas is not the biological mother of James; she had the twins implanted from an egg donor.

So far, it appears that Genecis will not start James on puberty blockers without Younger’s consent. But up until now, Georgulas has been able to do what she wants regarding James’ psychological and psychiatric care. She merely needed to inform Younger of her decisions.

On his website Save James, Younger writes, “When James is with me, he shows no signs of wanting to be a girl when given the choice. Even when in female company, away from me, James rejects a female gender expression.” On the website, Younger has posted a video of James saying he’s a girl because “mommy told me I’m a girl.”

It seems Younger may be able to save his son from a gender transition thanks to the judge’s order. But there is more to it. Ruth Institute President and Stream contributor Dr. Jennifer Roback Morse, Ph.D., says the heartbreaking case is about more than ‘gender-transitioning.’

It’s also about divorce and third-party reproduction. Observing that the boy isn’t Georgulas’s biological child, she said, “People who are determined to have a child at all costs sometimes develop serious control issues. The child becomes a project of one parent or the other. That appears to be the case here, with the mother so controlling that she wants to force her son to live as her ‘daughter.’”

Texas Gov. Greg Abbott announced that the Texas Attorney General’s Office and the Texas Department of Family and Protective Services are looking into the case.

Blogger Matt Walsh started the hashtag #ProtectJamesYounger. Twitter is biasing tweets about James, autofilling his female “name” when composing a tweet using that hashtag, not James. Yet Walsh’s hashtag is the one that is trending; it has been used in tweets over 41,000 times. Twitter has made it a policy to identify transgenders by their “new” genders.

If you start typing in #ProtectJamesYounger now, Twitter fills it in with his girl name. There is no way in hell this is organic. The James Younger tag has thousands more tweets. Twitter is clearly manipulating this in support of child abuse. Insane. pic.twitter.com/Y5QRpXFDyU