Fat is Not Fit 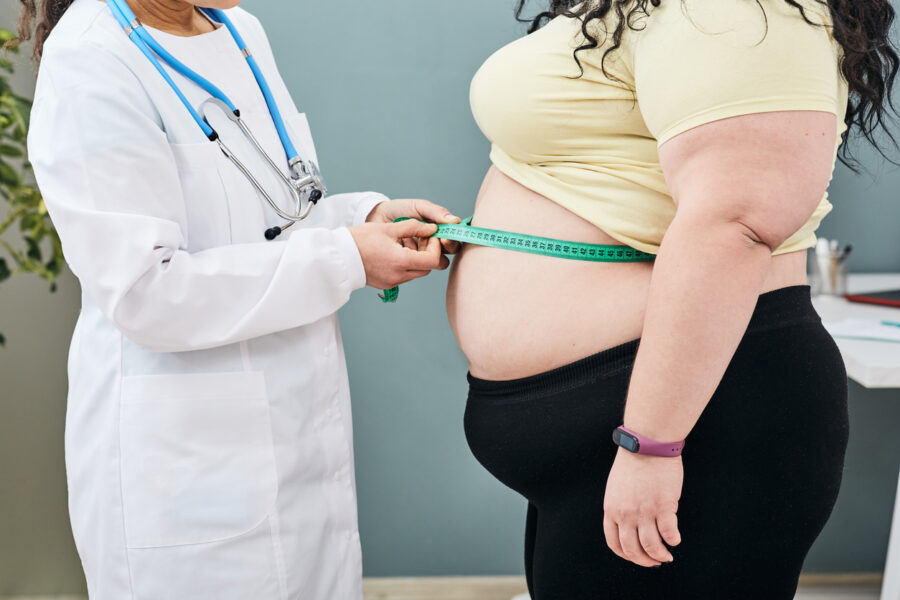 I have no desire to embarrass anyone who is obese. Nor am I here to criticize or insult or accuse. Quite the contrary. I’m here to help, knowing firsthand how difficult it can be to shed unwanted pounds and how self-conscious we can be when we’re overweight. But the fact that today it is politically correct to celebrate obesity is a dangerous bridge too far. Love and truth compel us to speak.

The Beauty of Obesity?!

What prompted me to address this now was a tweet from Dr. Jordan Peterson in which he stated, “The epidemic of mandatory politically correct stupidity continues,” with reference to a New York Post article by Douglas Murray which “takes on the ‘beauty’ of obesity.”

He began by saying this: “Is it fun to be fat? That´s what Cosmopolitan magazine claimed in February 2021. That month’s cover was of a morbidly obese woman looking cheerful while attempting some acrobatics. The headline: ‘This is healthy! 11 women on why wellness doesn’t have to be one size fits all.’”

The timing could hardly have been worse. After all, this was in a period when the Coronavirus was leading to lockdowns around the world. And one thing we knew very early about the virus was that one of the main factors that lead to hospitalizations and even death was if the patient was fat. Almost nothing in the often confusing COVID era was ever as clear as this. Nearly 80% of Americans who were hospitalized with COVID were obese. And just as being obese put you at special risk from the virus, so losing weight lessened your chances of being hospitalized.”

My Own Weight Battle

I question whether I would be alive today if I had not made a radical lifestyle change in 2014 (all with God’s grace and help), going from 275 to 180 lbs. in less than 8 months. And this was not by dieting but my getting rid of all unhealthy foods and eating only healthy foods, without exception and without deviation.

My life has been radically, dramatically, wonderfully transformed, and to this moment, at the age of 67, I am thriving in every way, physically and mentally and emotionally and spiritually. It feels great to be thin and fit, especially when you were once obese as I was.

But I was not obese because I was a glutton. I was obese (or, at the other times, simply overweight) because of my lifelong habit of eating unhealthy foods, going back to my childhood, when I would have four Oreo cookies for breakfast. Then there was my discovery of New York pizza at the age of 15. No wonder I was a chocoholic (and, at times, pizzaholic!) for most of my life, unable to shed much weight. Being a disciplined but unhealthy eater is hardly the formula for life.

The Risks of Obesity: Death

According to the WebMD website, health risks linked to obesity include: heart disease and stroke; high blood pressure; diabetes; some cancers; gallbladder disease and gallstones; osteoarthritis; gout; breathing problems, such as sleep apnea and asthma.

In other words, being obese often leads to premature death. As expressed by the bestselling author Dr. Joel Fuhrman, we are “digging our own graves with forks and knives.” Why on earth would we celebrate that?

In 2016, Dr. Fuhrman noted that, “Research presented at an American Heart Association meeting linked consumption of sugar-sweetened beverages to hundreds of thousands of deaths worldwide — 180,000 deaths per year.”

Yet these drinks form a regular part of many of our diets, despite the health risks involved.

He also wrote this in 2016 (and things have only gotten worse since then):

The standard American diet is damaging our children, placing them at a much higher risk of getting chronic diseases than previous generations. Data from a survey of thousands of U.S. teenagers has reported sobering news about the health of our nation’s young people.

Another recent study, which followed U.S. children for 24 years, found that childhood obesity was the greatest risk factor for premature death due to chronic disease.

As for the percentage of Americans who are obese today, the numbers are sobering and concerning. As reported by the CDC, “The US obesity prevalence was 41.9% in 2017 — March 2020.

Obesity-related conditions include heart disease, stroke, type 2 diabetes and certain types of cancer. These are among the leading causes of preventable, premature death.

To say it again, I have no desire to embarrass anyone who is obese. I am not here to body shame or cast stones of condemnation. Your weight does not define who you are on the inside or the quality of your character, and some of you desperately want to get in shape but have tried every method and failed. My heart really does go out to you.

But carrying those extra pounds is always detrimental. Always. And it can often be deadly.

Let’s not glorify fatness and let’s not celebrate it. To do that is truly sick — in every sense of the word.

(If you’d like some help in your weight loss journey, check out our book on the subject.)