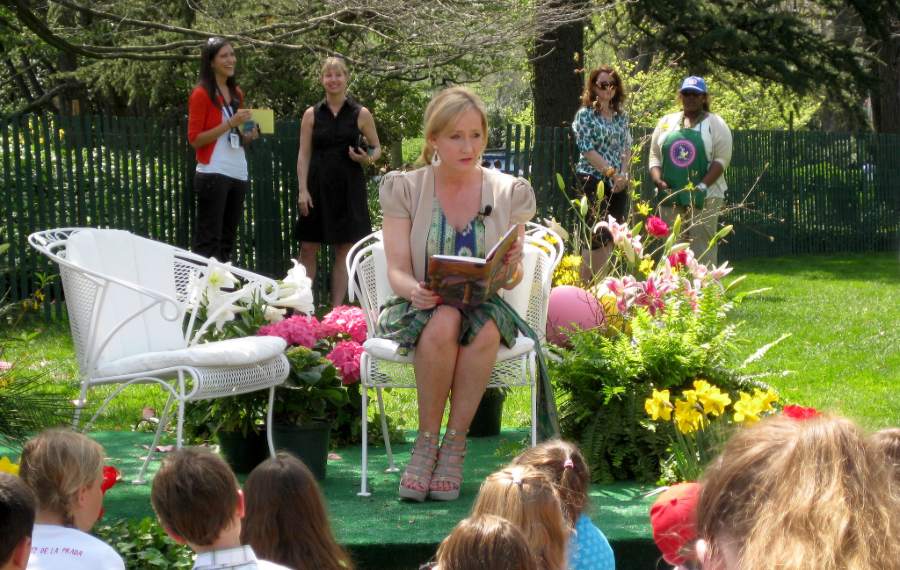 If you had told me back in 2007 that the LGBT crowd would eventually declare J.K. Rowling Public Enemy Number 1, I would have laughed at you. Back then, she was raking in accolades from the gay rights movement for declaring that Dumbledore of the Harry Potter series was gay. In the years that followed, she was reliably left-wing on all issues, from abortion to same-sex marriage. Like other celebrities of her wealth and status, she took the requisite shots at Donald Trump on Twitter. Her credentials were impeccable.

But that was then and this is now. The LGBT movement has surged past the redefinition of marriage, abandoned their commitment to free speech and gone to war with biological reality itself. No longer is it enough to be cool with gay marriage. It isn’t even good enough to celebrate Pride Month. Now, you must believe that biological men can become women simply by identifying as such. Biological men who identify as women are women, we are being told. Those who disagree are being purged from the progressive herd.

Nobody is Immune if They Disagree

It bears mentioning that nobody is immune. Even feminist icon Germaine Greer, author of the seminal tome The Female Eunuch, has been cast out of the movement. She made the mistake of objecting to the idea that a biological male could understand the female experience. She was promptly canceled for it.

J.K. Rowling’s first strike was back in December of 2019. Maya Forstater, a 45-year-old UK tax expert, had recently been fired for tweets objecting to a government plan to permit people to identify with whatever gender they liked. Forstater took her case to an employment tribunal. A heavy-handed judge told her that her belief in two biological sexes was “absolutist,” and that they were not protected under the 2010 Equality Act. A weird coalition of feminists, conservatives and people in possession of common sense launched the hashtag #IStandWithMaya.

But Twitter truly erupted when J.K. Rowling, the billionaire cultural icon and beloved author, decided to weigh in with this tweet:

Dress however you please. Call yourself whatever you like. Sleep with any consenting adult who’ll have you. Live your best life in peace and security. But force women out of their jobs for stating that sex is real? #IStandWithMaya #ThisIsNotADrill

Standing Against the Brutal Backlash

The backlash was swift and brutal. LGBT activists of every stripe called her a TERF (Trans Exclusionary Radical Feminist) and worse. She was accused of endangering trans lives. She was told that trans children would be at risk because of her tweet. The LGBT lobby group GLAAD menacingly offered to host a re-education meeting with her to correct her thinking. Only conservatives — and Ricky Gervais — came to her defense.

As I noted in January in a column for LifeSiteNews, Rowling ignored it all — and thus became an incredibly dangerous figure for the trans movement. For the first time, they had gone after a target with every weapon in the arsenal — and all had failed. They had accused her of endangering trans lives. They had offered to re-educate her. They had told her she was backward. They had essentially threatened her with becoming a non-person. But simply by refusing to apologize and leaving her offending tweet up, Rowling proved something: The power of the trans mob vanishes the moment we all refuse to play along.

As it became clear that Rowling was not going to back down, the LGBT activists began to quietly slink away. If too many people noticed Rowling’s refusal to acknowledge their threats and their bluster, after all, they might be emboldened to speak up too. Their power relies on people succumbing to their blackmail. Rowling moved on to tweeting about her new children’s book The Ickabog, trans activists moved on to more vulnerable targets, and that seemed to be that.

The power of the trans mob vanishes the moment we all refuse to play along.

Looking back at the events of the last month, I wonder if Rowling only re-entered the fray because of the actions of Canadian trans activist named Nicola Spurling. Spurling decided to go after Rowling with one of the most repulsive insinuations anyone can face: that she is a risk to children. Tweeting a link from The Guardian about Rowling’s new book, she stated: “Definitely something to keep a close eye on. In recent years, Rowling has made it clear that she can no longer be trusted around children.”

Imagine if someone said that about you: that you cannot be trusted around children.

Understandably, Rowling was outraged, responding: “Unless you want to hear from lawyers, you might want to rethink that tweet. I’m not wasting time arguing with willful misrepresentations of my views on transgenderism — your timeline shows you’re not big on truth — but making serious insinuations like this comes with consequences.”

At first, Spurling refused to back down: “If you feel that the transphobia you’ve put into the world is not dangerous to children you are more than welcome to have your lawyer send me a cease and desist letter. I’m sure the media would love to write articles about how you attack trans folk and then try to silence them.”

Rowling responded: “Truth has always been far more important to me than clickbait, Nicola. Please provide your evidence that a) I can’t be trusted around children and b) that I ‘attack trans folks.’”

Spurling then fell back on the standard trans argument that refusing to embrace trans ideology increased suicide rates. Eventually, the tweet came down, with Spurling begrudgingly noting that lawyers had advised its removal. Spurling made clear, however, that the tweet itself was 100% justified and true.

After having ignored the subject for over half a year, a few days after Spurling’s accusation, Rowling waded back into the fray. She tweeted out an article from the charity magazine Devex.com with the headline “Opinion: Creating a more equal post-Covid 19 world for people who menstruate.” Rowling’s sarcasm was scathing: “I’m sure there used to be a word for those people. Someone help me out. Wumben? Wimpund? Woomud?” It was retweeted over 10,000 times, and trans activists went nuts.

This time, she fought back. In a string of tweets, she noted that many members of the gay community — particularly lesbians — agree with her. Responding to one troll calling her a TERF, she noted: “‘Feminazi,’ ‘TERF,’ ‘bitch,’ ‘witch.’ Times change. Woman-hate is eternal.” She summed up her view as follows:

If sex isn’t real, there’s no same-sex attraction. If sex isn’t real, the lived reality of women globally is erased. I know and love trans people, but erasing the concept of sex removes the ability of many to meaningfully discuss their lives. It isn’t hate to speak the truth.

The backlash was immediate. GLAAD accused her of “targeting trans people.” Tens of thousands of responses beneath her tweets level every imaginable slur and accusation against her. Transgender Survivor contestant Zeke Smith replied by informing her: “Hi! I’m a man! I menstruate! Stop being an [expletive]!” Major media organizations obediently referred to her comments as “transphobic.” An open letter to Rowling signed by dozens of activists was launched.

Too Big to Cancel

There is a hint of shrillness to these attacks. Trans activists know that if J.K. Rowling proves, once again, too big to cancel, it will be more evidence that their power can be broken. If they fail to make her pay for her heresies, what will it mean? What if trans activists canceled somebody — and nobody cared? The source of their power lies in their ability to punish people for wrong-think. If the world’s most famous author, a woman with tremendous influence with young people, a staunch liberal, publicly rejects and ridicules their ideology, what will it cost them?

We will find out together. The transgender movement wields tremendous cultural power, but their opponents are a diverse group. Christians, conservatives, newly-exiled feminists and even some members of the LGB community are drawing the line at “breaking the binary.” As it turns out, J.K. Rowling, hardcore progressive, is one of them. Even she, it turns out, will only go so far. For the Harry Potter author, the line is abolishing womanhood itself. Trans activists are doing everything they can to sink her career, and she is treating them with scorn while rejecting their arguments.

I wonder if we will look back at this moment in the culture wars and see an unlikely figure standing against the transgender tide when almost no other cultural figure would. We live in strange times.