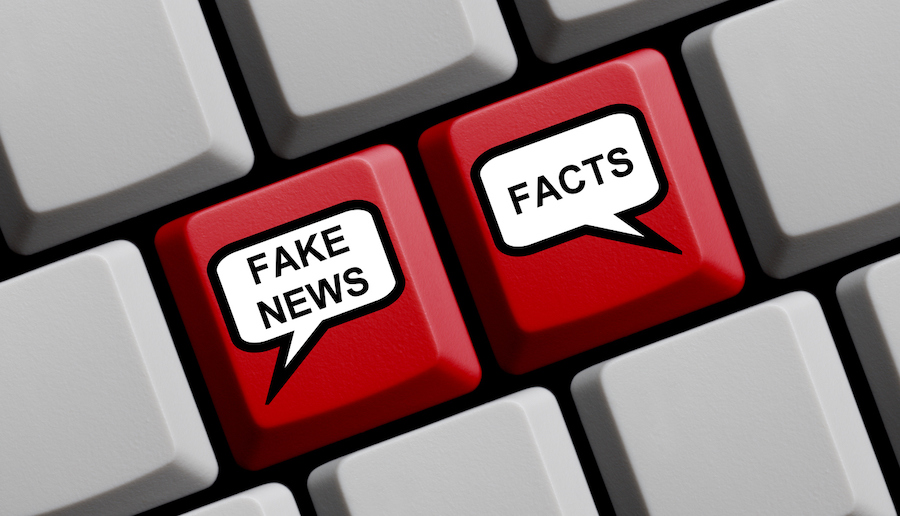 The Live Action Facebook page has 2.5 million followers. A popular site. And a controversial one, of course, because pro-choicers and liberals don’t like what they say and do. Almost predictably, Facebook has put it under restrictions.

Why? Because two pro-abortion doctors don’t like what the site says.

Facebook notified Live Action founder and president Lila Rose that posts on the page would be subject to “reduced distribution and other restrictions.” Facebook said that an “independent fact checker” found some of her content to be “false news.”

Facebook marked two videos as false that asserted “abortion is never medically necessary.” Facebook tells users who share the videos that they are false news. In one video, neonatologist Dr. Kendra Kolb explains that while abortion may be considered in some circumstances, it’s not the same thing as being medically necessary.

Thousands of OB-GYNs and other medical professionals around the world agree with Live Action’s position that “abortion is never medically necessary.”

The Fact Checkers are Pro-abortion

The two fact checkers are both abortion advocates. Dr. Daniel Grossman sits on the board of NARAL Pro-Choice America Foundation and has a history of testifying in favor of Planned Parenthood. Dr. Robyn Schickler is a Fellow with the pro-abortion advocacy group Physicians for Reproductive Health.

Health Feedback, part of the International Fact-Checking Network, published the fact check. It partners with Facebook to crack down on misinformation. The fact checkers wrote, “Certain medical conditions such as placenta previa and HELLP syndrome can make abortion a necessary medical procedure in order to prevent the mother’s death.” Grossman also claimed that the videos are false because some preterm babies don’t survive when born that early in order to save the life of the mother.

But Rose says those aren’t abortions, because the baby is not intentionally killed. “If too premature to survive, delivering a child early to save the mother is not an abortion.” She references a Live Action video featuring former abortionist Dr. Anthony Levatino. In it, he says, “You never need late-term abortion to save a woman’s life. If necessary, you accomplish the delivery. Now, did every one of those children make it because they were preterm? No. But at least they had a chance. And most of them did make it.”

The American Association of Pro-Life Obstetricians and Gynecologists explained the difference. “The two Live Action videos state that there will be cases when a child is delivered too early to survive outside of the womb in order to save a mother’s life,” the group declared.

Four U.S. Senators, including Ted Cruz and Josh Hawley, sent a letter to Facebook about the censorship. Facebook “has been repeatedly confronted with evidence of bias against those with conservative viewpoints, especially on the issue of abortion,” they wrote. They criticized Google, Pinterest, Twitter, “and so many other Silicon Valley social media firms” as well.

The senators denounced Facebook for claiming these types of incidents are merely glitches, not evidence of systemic bias. They accused the company of failing to back up its claim of nonpartisanship with proof. They demanded that Facebook issue a correction, remove restrictions placed on the Live Action page and submit to an external audit.

Facebook responded. The company said the IFCN would look into the fact checking incident. Meanwhile, it removed the fact checks. However, Rose says, the violations remain on the Live Action page and her Facebook account. She also says Health Feedback has added a third abortion advocate who admits she previously performed abortions. She appeared the same day the senators sent the letter to Facebook.

IFCN is a project of the Poynter Institute. Poynter is funded by liberal organizations like the Bill & Melinda Gates Foundation and George Soros’s Open Societies.

Live Action has started a petition to Facebook asking to stop the censorship. Live Action was permanently banned from Pinterest in June for spreading “harmful misinformation.”

The big tech censorship has to stop. Speech now mostly takes place on the big tech platforms. Cutting conservatives out of these platforms removes them from much of society. It is not fair to declare political issues settled, with liberal viewpoints dominating and conservative viewpoints labeled false. If big tech keeps this up, the government may step in and the companies are not going to like the results.