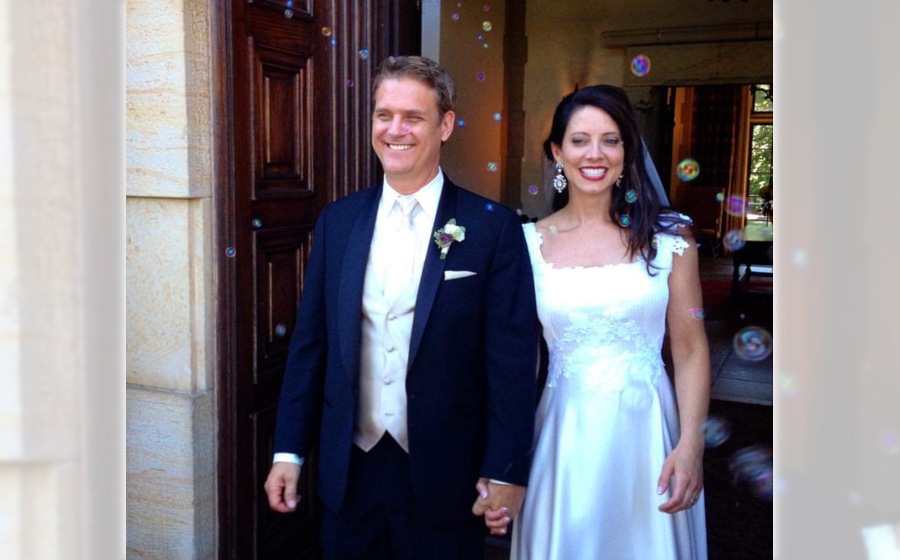 I have no positive spin to put on this, no spiritual sounding platitude to soften the blow. This is a loss, a terrible, tragic loss. And I believe God Himself grieves over it. Evil COVID has killed again.

I first met Brad Kauffman in the mid-1980s while teaching at a Bible school on Long Island. He was just 17 and I was only 28, and he would sometimes babysit for our two daughters.

Brad had a very tender heart and was a tremendously gifted worship leader, piano player, singer and songwriter. And as the years went on, he would sometimes travel with me, ministering in music before and after I spoke. What beautiful times those were!

On some of those occasions, Brad would stay at our house before we traveled together (including some overseas trips), so my whole family stayed close with him over the years.

It was so evident that they were made for each other, each of them being just what the other one needed. And Brad was so excited to be a father at last.

The odd thing was that Brad never married, despite being a handsome young man and despite his very intense desire to be married and have children. Yet somehow, he never found the right match, right up into his 40s, making us wonder, “When will it ever happen?”

And then things suddenly fell into place.

He Met His Wife

Brad was asked to sing at the memorial service for a grieving widow, mourning the loss of her husband to cancer after 6 years of marriage, their kids now without their dad.

Brad didn’t know who this Christian woman was, but as he sang at the service, he said to himself, “This is not right.”

Soon enough, they became friends, and a little more than 6 years ago, they were married. This is why the Lord had kept Brad single these many years. This was His answer for this bereaved wife and these bereaved kids.

Now it all made sense.

I finally met Brad’s wife, Nikki, in September 2020, along with the kids, and it was so evident that they were made for each other, each of them being just what the other one needed. And Brad was so excited to be a father at last.

Now, he is gone from this world, and Nikki and the kids are mourning again.

To repeat Brad’s sentiments from more than 6 years ago, “This is not right.”

I’m fully aware of all the biblical verses about God’s sovereignty, and for decades, I have seriously engaged the subject of the problem of suffering. In fact, I wrote a full-lengthy commentary on Job, titled, Job: The Faith to Challenge God: A New Translation and Commentary.

I also authored the most exhaustive study in English of God as Healer, titled, Israel’s Divine Healer, so I am no stranger to the biblical subjects of sickness, disease, and healing.

What, then, happened to Brad, especially when so many thousands of believers were praying for him? I do not know.

Why wasn’t Brad healed, along with millions of other fine Christians who have died of COVID, cancer or other diseases, or were killed in accidents? I do not know.

What a Day That Will Be

But I do know that God remains trustworthy and that soon enough, we will be all be rejoicing before His throne, perhaps with Brad leading us in worship. What a day that will be!

And I also know that, somehow, the Lord will help Nikki and the kids through this terrible ordeal, and that, once again, His grace will prove sufficient.

But that doesn’t minimize this tragic loss. Nor does it minimize the pain being experienced by Brad’s extended family (he had seven younger sisters, being the only brother) and friends (he was loved by many).

Yet all I have is words right now, and so, for the world to hear, I shout out: I love you and miss you deeply, dear friend! And I can’t wait to worship with you again in that beautiful place where sorrow and pain and tears and mourning will be no more.

May the Lord hasten that day!

Inside the Heart of a Mother