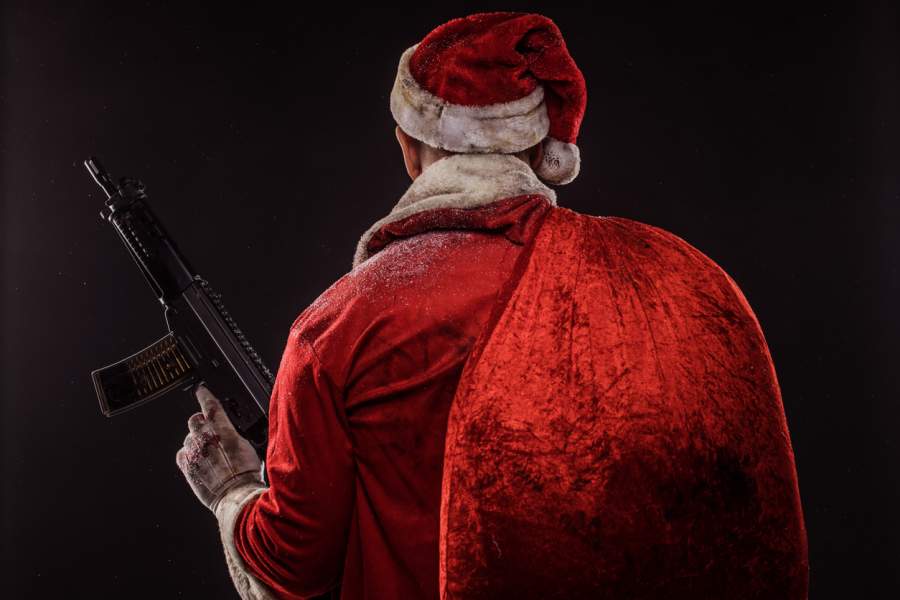 Imagine Christmas morning. A family of rather spoiled, bratty children plunge down the stairs grasping for presents. They see brightly wrapped, beribboned packages under the tree. Each scrambles to identify his. But when they’ve finished tearing everything open, each child finds only … dusty piles of charcoal from the backyard barbecue. Visualize their faces, as glee turns to sadness, then rage … then the sulking and tantrums that earned them the coal in the first place.

You’ve just pictured what happens after a bloody mass shooting in America when the killer turns not to be a white male Republican Christian.

After the recent horror that claimed 10 lives in Boulder, while police were still sitting on details, Twitter filled up with noise about “white supremacy,” “toxic whiteness,” and “Christian nationalism.”

The Lump of Coal in the Stocking

Except that the left didn’t get the shiny red-haired, Bible-thumping mass killer it hoped for. The murderer turned out to be … Ahmad Al Aliwi Alissa. A pudgy, distinctly Arab Muslim refugee from Syria. (That’s one of the terror-ridden countries where Trump tried to shut down immigration, and Biden reversed him.) A guy who ranted about Islamophobia. A weird loner who apparently displayed the same Islamic male attitudes that give rise to honor killings: a thin skin, a hot head, and a totally unmerited sense of entitlement and grievance.

Don’t worry. The elites who stir up ethnic hatred of white people and sexual hatred of men won’t be deterred. Give them a day or so to tweak their pre-written press releases, and you’ll hear them bleat as usual about how the slaughter of Americans teaches us that … Americans must be forcibly disarmed by their own government. Then we’ll be safe.

The Mass Murder I Missed

I almost walked into one of these mass shootings myself. I was set to attend the “Draw Muhammad” contest set up by Pamela Geller in Garland, Texas in 2015. Ironically, she meant it to prove that we still have free speech in America. At the last minute, I changed my mind, which probably saved my life, since a Muslim mass killer attacked the event. An American with a gun intervened, and prevented a slaughter. (He was a cop, but off duty.) I’m grateful I wasn’t there to see it all.

The lesson that leftists, the media, and Servile Christians drew from that event? The same one they always draw: make Americans helpless. Ensure that when someone willing to flout murder laws (surprise!) starts out by flouting our gun laws, he can proceed with the same confidence as a butcher processing veal calves. When seconds count, the police will always be a good ten minutes away. But at least they can show up eventually and draw chalk lines around the bodies.

In coming days don’t look for most of our clergy to offer moral clarity. Mainline Protestants, Catholic bishops, and those Evangelicals eager for praise in The New Yorker have none to give. Instead, their employees will open the files on their computers that have the templates for their “mass killing” messages. They won’t speak of the sin the killer committed. Nor even the rights of the victims, or (of course) their eternal souls. Not a word about human dignity, or our right to self-defense. (For a model of what a real Christian sermon after such a crime would look like, see this one.)

Nope. Instead they will fill the press with bloviations about “public health,” and how “gun violence” is now an “epidemic,” regardless of crime statistics — which show that murder rates have plummeted in recent decades, and also that more people get strangled or bludgeoned every year than die from “assault weapons” (i.e., hunting and target rifles like my AR-15).

Using Pandemic Language to Strip Our Rights Away

The left finds it handy instead to use the language of contagion and “pandemic.” We’ve seen thanks to COVID, the prospect of mass infection provokes too many of us to start throwing away our rights with both hands. Governors like Gretchen Whitmer can seize virtually absolute power. They can close our churches, ban public meetings, insist we wear special clothing … it’s a power-hungry dictator’s dream. So of course the left wants us to abandon all thoughts of a fundamental right to self-defense, as given to us by God and enshrined in the Second Amendment.

Instead the press and tame pastors try to gaslight us into seeing guns as some kind of virus, and gunowners as Typhoid Marys. Gun ranges aren’t places where citizens learn to exercise their basic rights more safely. They’re “superspreader events.”

And elites feel justified in treating pro-gun Americans like vectors of contagion, refusing to wear their masks and coughing all over their neighbors on the elevator. It’s okay, they assure us, to hate people like that, to see them as “deplorable” cretins who are somehow less than human.

What’s less than human, of course, is the status of citizens rendered utterly helpless to defend themselves and their families from imminent violence, or government tyranny. The gun bills now before Congress aim at dehumanizing us all.

They’re a giant step forward toward leaving you and me as defenseless as the 2.5 million citizens of Mosul, whom the Iraqi government had stripped of their guns — and whom some 1500 terrorists raped, killed, and held hostage for years. That is, until citizen militias led by the (well-armed) Kurds liberated them. The 170 million civilians murdered by their governments between 1910 and 1990 all had one thing in common with the citizens of Mosul: they’d been stripped of their guns by governments. Sometimes by openly tyrannical regimes like the Bolsheviks, and sometimes by well-meaning clueless liberals like those of Weimar Germany. But the citizens ended up just as dead, either way.

The Antifa Empowerment Act of 2021

The same Democrats who unleashed the mobs on America last spring, and tried to dissolve the police, are coming for your guns too. When Americans resisted those violent mobs, as Kyle Rittenhouse, Mark and Patricia McCloskey, and Jake Gardner did, the left unleashed the full fury of the State to make examples of them. The left won’t be satisfied until Antifa, Black Lives Matter, and other urban brownshirts can wield their violence quite untrammeled, with the police in the background to bust anyone bold enough to fight back. That was the Nazi playbook, which Antifa adopted from its long-ago, long-vanquished rivals for totalitarian power.

America’s Second Amendment was intended by our founders as the final backstop against tyranny. Anybody who tries to repeal it or make it a dead letter is telling you: tyranny is what he has in mind. Believe him. And keep his faction from gaining the monopoly of force. This really is the last hill to fight on.