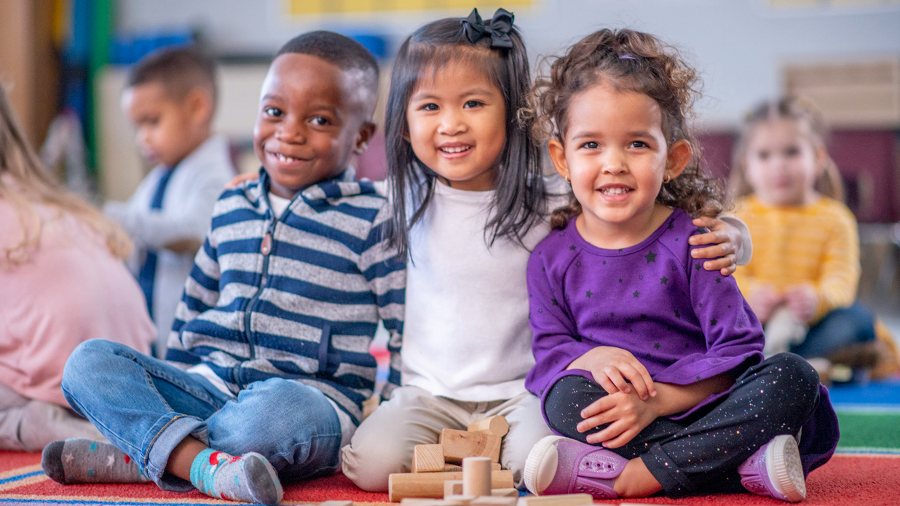 I have previously noted that there is no such thing as the “Don’t say gay bill” and that those words are the creation of opponents of the bill. In fact, I have noted that you could just as well call it the “Don’t say straight bill,” since the bill, which was signed into law today in Florida, simply forbids schools from discussing sexual orientation or gender identity issues with children in kindergarten through third grade.

Yet, even if the bill actually contained the expression, “Don’t say gay,” I would still support it, since there’s no good reason to be talking about homosexuality to these young children. As Bill Maher correctly opined, “maybe kids that young shouldn’t be thinking about sex at all.”

Again, the bill does not mention homosexuality or use terms like “transgender.” And we must be diligent to combat the media’s misinformation.

Simply stated, it is not the role of a kindergarten teacher to address these things, especially when we remember how young and socially ignorant and impressionable the little ones are.

But the best way we can do that is by pointing out just how young these kids are in K-3, thereby underscoring Maher’s remarks.

Let’s focus on the youngest group, namely, kids in kindergarten, who, on average, will be 5-6 years-old.

What Children Learn in Kindergarten

According to the Very Well Family website, “During kindergarten, children … learn to use question words, such as ‘who,’ ‘what,’ ‘when,’ ‘where,’ ‘why,’ and ‘how,’ as well as how to make words plural by adding an ‘s’ or ‘es’. They also learn how to use common nouns and prepositions.

“Kindergarteners begin to learn the concepts of addition and subtraction, respectively, as ‘putting together and adding to’ and ‘taking apart and taking from.’”

“Socialization skills, such as taking turns, waiting to be called on by the teacher, and being kind to others, are also emphasized in most kindergarten classes.”

Young Children Can’t Fully Understand Homosexuality, So Why Teach On It?

In this environment, under what circumstances would the teacher need to talk about “gay”?

The children have no understanding of romantic attraction, while sex and sexuality have no meaning to them — other than knowing that boys are boys and girls are girls. (At least that’s what they should know. Today, these simple biological facts are under assault.)

That’s why, at this early stage of life, some of the little boys want to marry their own mothers. That’s how far their understanding of marriage and sexuality often go.

As for your average 5-6 year-old, most boys “like” other boys and most girls “like” other girls. But it’s not because they’re gay.

To the contrary, even the very idea of opposite-sex attraction is foreign to them, since, to repeat, they have no true understanding of sexuality or romantic attraction. In fact, they are just as likely to “like” a doll as they are to “like” a person of the opposite sex.

So, I ask again, in what context could they truly understand the concept of homosexuality? Under what circumstances would they need to hear the word “gay”?

The kindergarten year is one in which kids learn more about the formal classroom setting – learning to focus for segments of time on basic literacy and math, and learning simple science and social studies. This is the foundation year for getting used to the routine of school, the process of focusing and learning, and the social skills involved in making new friends. It’s a crucial year for building the foundation of learning. (Their emphasis.)

When it comes to reading, “Kindergarten students learn how to identify letters in the alphabet and their sounds, and about letters and sounds that go together to form words. Most kindergarten children are expected to read words by the end of the school year.”

As far as math is concerned, it is “all about the basics.” Specifically, the kids “will learn how to count, recognize numbers up to 10 and sort objects. Using concrete props, they will learn the concepts of more and less, ordinal numbers, basic addition and subtraction, creating patterns. They’ll start to learn about time and calendars and cover these regularly in class. Teachers often start the day by having a student come up to the board to pin the calendar day, the day in the week and the weather on that day.”

As for science, “Kids learn about plants, animals, good health habits, the weather and keeping track of the weather, and about the five senses and basics about their bodies.”

But note this carefully. This does not mean they will learn about the sexual function of their bodies, something of which they have zero concept. And they will certainly not learn that they might be transgender, trapped inside the wrong body.

Fight the Agenda to Indoctrinate Children on Sexual Activity and Homosexuality

Unfortunately, sex education and LGBTQ+ activism have continued to push the envelope with their radical agendas, seeking to indoctrinate and influence younger and younger children. That’s why I hope that many other states will follow Florida’s lead, even as a starting point. We must push back against this societal madness and against the sexualizing of our children.

What about kids that feel or look different, whether it’s because of their skin color or ethnicity or body shape or facial features or social awkwardness or non-conformity to expected gender roles (such as the “sissy” boy or the like)? The answer is simple.

You teach the kids to be nice to everyone. You teach the little children not to be bullies. You share with them the golden rule.

As I wrote over a decade ago, you can teach children that bullying is bad without needing to teach that gay is good.

The K5Learning site does say this at the end:

In social studies the year start with the focus on ‘me’. They learn about their immediate and extended families, learn their address and phone numbers and share information about themselves and their interests.

By the end of the year, they will have broadened their field to look at different families, cultures, the neighborhood and the community. (Again, their emphasis.)

This would be the obvious place for an activist teacher to say, “And some of you come from homes with two daddies or mommies, and that’s what we call gay.”

But, to say it again, that is an unnecessary intrusion, and teachers do not have the moral responsibility to cover all the different configurations of a family. Some kids live in polyamorous homes. Must that be included too? Do we introduce the word “poly” to them for short? (Some activists would probably say yes!)

Some kids don’t know who their real father is. Some come from anonymous sperm donors. Many are from divorced homes.

Simply stated, it is not the role of a kindergarten teacher to address these things, especially when we remember how young and socially ignorant and impressionable the little ones are.

That’s why even an irreligious atheist can point this out. And that’s why, even though the Florida education bill does not say “don’t say gay,” there’s no good reason that “gay” needs to be in these children’s vocabulary.

Enfield, Connecticut: From the Preaching of Jonathan Edwards to Middle Schoolers Learning About Oral Sex