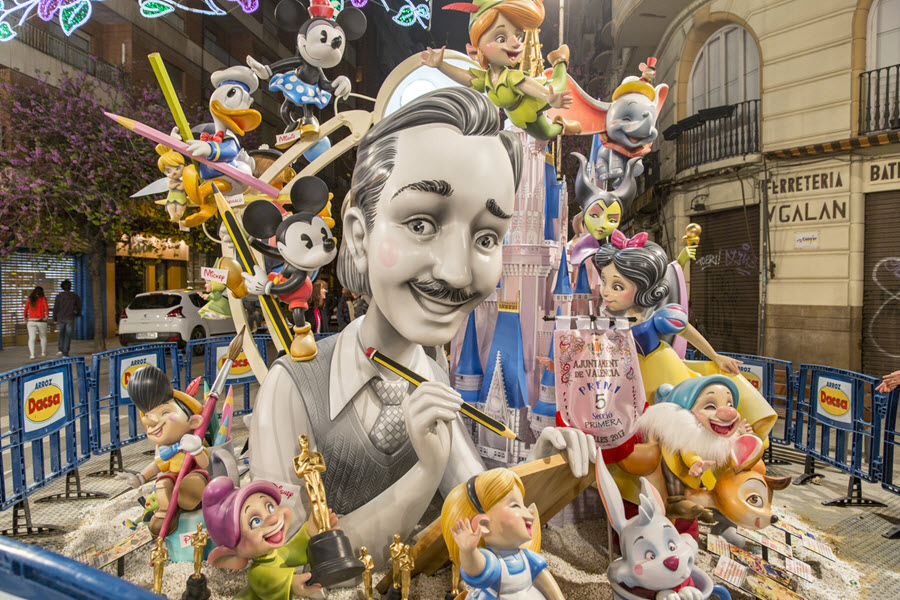 Much has already been written about Disney, which has been dubbed “The Wokest Place on Earth.” I thought it would be fun to look at some parallels between the company’s far-left’s political program and some of Disney’s characters. I think you’ll see some striking resemblances, while getting a few chuckles along the way.

In one of the all-time classics, Pinocchio had a problem with telling lies, and he can’t hide it because his nose grows one inch longer with every lie.

Oh, if we could only have that same outward manifestation in Washington, especially among Democrats in recent years. They lied about Fast and Furious, the Benghazi video, spying on U.S. citizens, the Ukrainian phone call hoax, the Russian collusion hoax (including the Steele Dossier), Hunter’s laptop, January 6, and more.

Buzz began believing he was something he was not. After boasting about his “rendezvous with star command,” Woody knocked him down to reality by screaming at him, ”You are a toy!”

The liberals have swallowed the “transgender” delusion hook, line, and sinker. We must stop caving to their fallacies and pronouns and say to the Lia Thomases of the world, “You are a man!” Buzz would never cave!

The Princess and the Frog

After kissing Prince Naveen, who has been turned into a frog, Tiana thought she would bring him back to a prince but instead, she becomes a frog herself.

I guess RINOs like Romney, Cheney, and Kinzinger thought they could bring the Dems to “the middle” and be like them. But mutual hatred for Trump eventually led these GOP mediocrities to “kissing the frog” and becoming frogs themselves. Cheney and Kinzinger were censured by the RNC for voting to impeach Trump over the Democrats’ lies about January 6.

Eeyore is the depressed and always gloomy donkey in Winnie the Pooh. He even seems to enjoy being gloomy. No wonder the mascot of the Democrat Party is a donkey.

Remember Biden’s “We’re about to go into a dark winter” remark during the debates? After the election, he warned again that “a very dark winter” was approaching. The following January, he said, “We remain in a very dark winter.” The following March, Louisiana State Senator Conrad Appel said of a Biden speech, “The speech was discouraging. Instead of painting a bright future that would have encouraged the spirit of every American’s dreams, he chose the low road by depressing American deepfelt aspirations for a happier time.” I prefer the Trump rallies myself, don’t you?

I guess the best word to describe Goofy is … uh … well … Goofy. He’s also quite clumsy.

I think the policies of the current administration would make a great Goofy cartoon. Imagine a “President Goofy” sitting in the oval office in his turtle-neck, vest, and tall hat. Then, in his own happy-go-lucky, zany, and naïve way, he cancels our energy dominance on his first day in office, swings our southern border wide-open to the drug cartels human traffickers, and terrorists, appoints his VP, Cabinet, and Supreme Court nominees strictly on the basis of the color of their skin (or their sexual identity and/or eccentricities). All I can say is “Gawrsh.”

As a young child, Snow White’s vain and wicked stepmother feared that one day Snow White’s beauty would surpass her own. So, she dressed Snow White in rags to try to quench her growing beauty.

Speaker Pelosi will do anything (investigations, impeachments, ripping up speeches, kicking truth-seeking members off committees) to diminish House Republicans and keep them “in rags.” She must look into her mirror every day and say, “Mirror, mirror on the wall, who’s the fairest Speaker of them all?” On January 3, 2023, that “Magic Mirror” will reply, “Kevin McCarthy is the fairest in the land.” We will have to pry that gavel out of Pelosi’s hand.

We all love this friendly, honey-loving bear, but he is irresponsible and undisciplined when it comes to honey. After emptying all the honey pots in his own tree house, he goes over to Rabbit’s house and empties all of his.

Biden just announced he would empty a million “pots” (or barrels) of oil per day from our strategic petroleum reserves for six months, the largest reduction in history. Let’s do the math. That gets us to the first of October, when early voting will have already begun in 10 states. In March, 2020, Trump proposed that the DOE fill the SPR to maximum capacity, but that was blocked by Dems in Congress.

When her island becomes endangered by a life-killing darkness, Moana is chosen by the ocean to journey across the sea and save the world.

They should do a Moana II, starring AOC and tweaking the endangerment to a life-killing warming, from which she saves the world. But they better get right on it. It takes 4 to 5 years to make a movie, and we have less than 12 years now until the world ends, according to AOC.

Ursula is a villainous half-woman, half-octopus in The Little Mermaid, who strikes deals with “merfolk” with the promise of making their dreams come true. Ursula’s deals, however, are covertly designed to advance her own ambitions and bring misery upon the masses.

Isn’t that exactly how socialism works? Demagogues promise you a “utopia” that will make your dreams come true, but it’s to advance the ambitions of a chosen few. Ask the “merfolk” in Cuba, Venezuela, and North Korea how that’s working out.

We all love ”You’ve Got a Friend in Me,” first recorded by Randy Newman, the theme song for Toy Story and all three of its sequels.

That song could have just as appropriately been sung to the Dems by the great duet, Zuckerberg and Dorsey during the campaigns of 2020. Friends don’t let friends lose elections. They buried every negative story about Biden (i.e. Tara Reade, Hunter’s laptop), while allowing every lie damaging Trump to flow freely. They are publishers, not platforms and enemies of free speech. We must terminate their Section 230 immunity and “unfriend” them, along with the MSM.

Scar was next in line to assume the throne as king until Simba hit the scene. Filled with jealousy and a sense of entitlement, Scar plotted a scheme to take over the kingdom, with help from his hyena henchmen.

They should have dressed Scar in a pantsuit. That’s a pretty good description of Hillary Clinton in the 2016 election. Replace the name Scar with “Hillary,” Simba with “Trump,” the hyena henchmen with “MSM,” and there it is. Get the popcorn ready for the sequel in 2024.

Simba was exiled from the Pride Lands and found refuge in a jungle oasis with Timon and Pumbaa, who raised him. The Pride Lands fell into disarray during his absence, but with the kingdom in peril, Simba was forced to return and take his place in the “Circle of Life.”

Trump was exiled, arguably by fraud. But what’s not arguable is the “Pride Lands” have definitely fallen in disarray during his absence. Could he return in 2024 to take his place again?