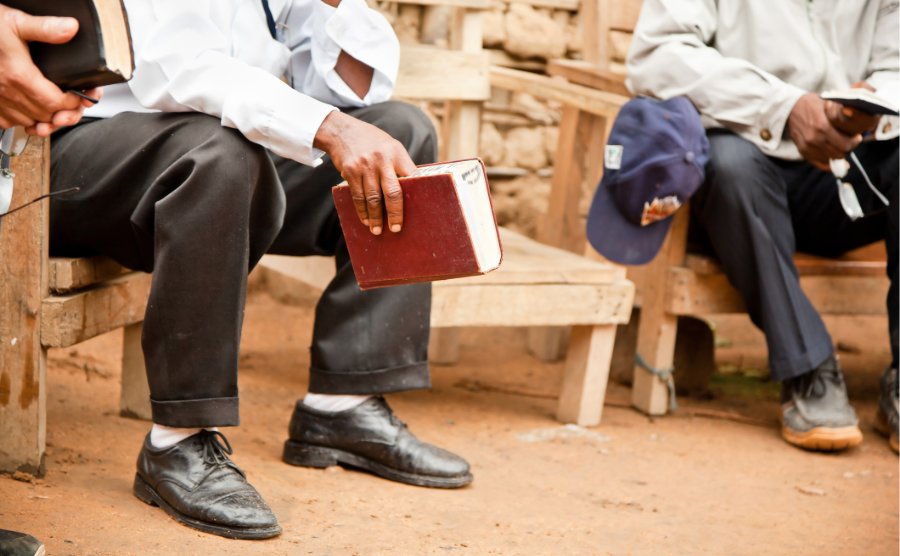 In a follow-up to Christianity Today’s editorial by Mark Galli calling for the removal of President Trump, CT president Timothy Dalrymple noted, “We are also a global ministry” and “partly on behalf of that global body, we can no longer stay silent.” Is it true, then, that American evangelical support for Trump is hurting our international witness?

Out of love for Jesus and his church, not for political partisanship or intellectual elitism, this is why we feel compelled to say that the alliance of American evangelicalism with this presidency has wrought enormous damage to Christian witness. It has alienated many of our children and grandchildren. It has harmed African American, Hispanic American, and Asian American brothers and sisters. And it has undercut the efforts of countless missionaries who labor in the far fields of the Lord. While the Trump administration may be well regarded in some countries, in many more the perception of wholesale evangelical support for the administration has made toxic the reputation of the Bride of Christ.

When it comes to America, I have no doubt that, to some extent, this is true. I’ve experienced it myself.

So, while some people may not listen to our witness because we voted for Trump, even more people will not listen to us because of our moral convictions. That’s an obstacle we have to overcome.

What about the claim that evangelical support for Trump in America “has undercut the efforts of countless missionaries who labor in the far fields of the Lord”? Is this as pervasive as CT claims? Is their sampling wide-ranging and representative?

I interact with a good number of international Christian leaders, and most of them view Trump in a positive light, overall. I also help lead an organization that helps support and oversee scores of missionaries working around the world. I do not believe that most of them would concur with the assessment of CT.

In both polls, the overwhelming majority disagreed with CT’s statement that evangelical support for Trump has undercut the efforts of countless missionaries who labor in the far fields of the Lord.”

On Facebook, where only two polling choices can be given, I asked, “If you are a Christian living outside America or a missionary working overseas, would you say that evangelical support of Trump has hurt your witness?” The results were overwhelming, with 83 percent saying No and only 17 percent saying Yes.

On Twitter, where I could offer four choices, the answers were (in descending order): Not at all (44 percent); Not sure (22 percent); Not an issue (19 percent); and Definitely (16 percent). So, while the Twitter response was more nuanced, the overall results were similar.

In both polls, the overwhelming majority disagreed with CT’s statement that evangelical support for Trump has undercut the efforts of countless missionaries who labor in the far fields of the Lord.”

On Facebook, RJ wrote from Australia, “A Christian voting for the party of sexual immorality, infanticide and Christophobia is a far worse witness!”

I am a full time missionary to Mozambique, Africa. I have not had any issue of my witness being scrutinized for my support of our President. Being a missionary also allows me to be in the lives of people from all over the world and Trump has been a frequent topic. For the most part, people feel he has been treated unfairly and his policies are liked. I have spoken with people from India, Romania, Australia, France, the Caribbean, South Africa and Brazil. God bless Dr. Brown.

Muroslav opined, “Absolutely not, many Canadians support President Trump and would love to have [a] Man like TRUMP running things in Canada!”

From rural Nigeria, Joanne opined, “International politics is not on the minds of most of the people I interact with.”

CA added, “Missionary in West/Central Africa … NOPE. Like 0%. People don’t really talk to me about it but I do know some people here who support Trump.”

And Yvonne posted, “Although I’m not a missionary I have many friends in various countries that I know through our orphan ministry & our support of native ministers (not American missionaries ) Some are Christians some are not- but all like Trump!”

According to Diane, “I live in New Zealand and I am proud of the evangelical support. I wish even more would give support.”

Like in UK. I voted no. I follow politics through a Christian lens and can relate to the stumbling block Trump’s presidency presents for us. For me, provided a sound, logically coherent and biblically consistent argument is put out, I’m all ears. I’m not closed to reason. However, don’t get me wrong, I waver occasionally, but the political polarisation is so stark, that the alternative to a Conservative President is unthinkable.

Jonathan (formerly from Australia, now living in the U.S. but part of an international ministry) wrote:

And even here in America, there were comments like these, from Richie: “I run an inner-city ministry in the US and we saw 100s come to the Lord in 2019! Hasn’t affected us at all.”

Not Every Commenter Agreed

Others, of course, dissented.

Izuchukwu (from somewhere in Europe) said, “Many missionaries outside the US grapple with this problem. You would be shocked.” He added in a separate post,

It is a very pertinent question. I attend an American church in the heart of a European capital. Every sermon every Sunday is as though there was a need for the clergy, all who are American by the way, to thoroughly distance themselves from the image of Christianity emerging from home. That there is even a thought of a concept of an American brand of Christianity is a incredulous by itself. With respect, if you do not venture outside the US very often, it might be difficult to completely understand this problem. And yes, it is a problem. A problem to witness to people who have no idea why a Christian in the US is as protective of their guns as they are of their bibles, or why virtually no one can have a different opinion to that of the president and not be labeled a communist, socialist or traitor. Or how, there is no open exhortation of restraint from the evangelical community when the president “lashes out” on any TV celeb who draws his ire, giving graphic descriptions of how they have or have not had cosmetic surgery or how ugly they look.

David wrote, “I’m a missionary in Mexico. I feel like since Trump was elected there is more animosity for America and Americans. I’ve been there 9 years and it changed after the 2016 election. Of course, all of the news reporting [is] left wing, anti-Trump.” (In this case, one wonders if the issue is evangelical support of Trump or Trump’s battle with Mexico about building a wall, among other things.)

Trump is Not Our Message. Jesus Is.

What, then, are we to make of this?

Let me repeat that I believe the bigger challenge we face is the branding of our moral values as hateful and antiquated and bigoted. That’s part of our ongoing gospel challenge. I also realize that much of the world media (in particular, in Europe) is quite hostile to Trump and will present him in the most negative way possible, thereby discrediting his supporters as well. And we can never discount international opposition to our witness in some circles because we stand with Israel against her mortal enemies.

Ultimately, though, we cannot adjust our morality or our political convictions to accommodate others.

Here is what we must emphasize: Donald Trump is our president, not our Savior, not our role model, not our Lord.

But again, as I’ve said time and again, our message must be that “Jesus died for my sins and in return gets my life. The president gets my vote.” That is what we must emphasize: Donald Trump is our president, not our Savior, not our role model, not our Lord.

Let’s change the narrative and get our message out to the world rather than letting the world or our critics or the media disseminate our message for us. When people want to argue with us about Trump, let’s find a way to turn the conversation in the right direction.

Trump is not our message. Jesus is.