Eternals vs. The Eternal

Where is the Judeo-Christian God in modern day comics? 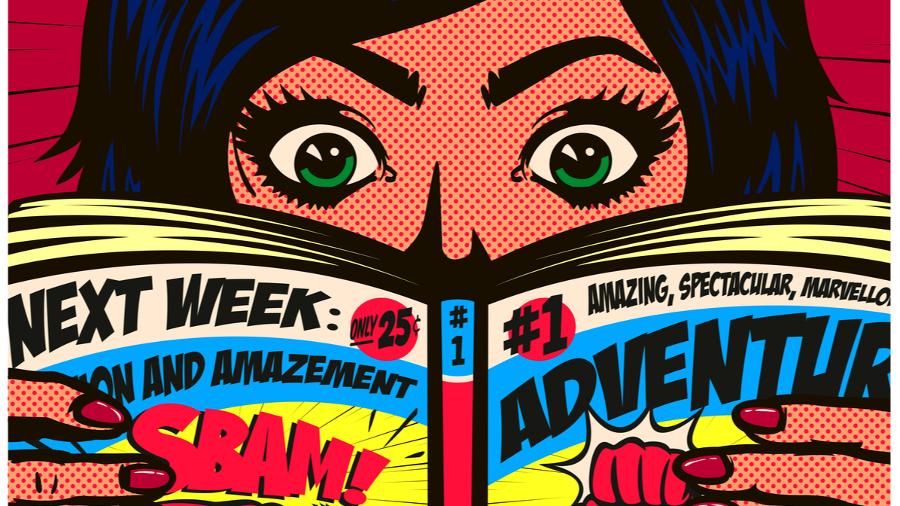 You’ll be happy to know that this is not a movie review for Eternals. While I do have my own opinions about the movie itself, I’ll save that for another time.

As a comic book nerd and a Christian, the Eternals’ emergence into Hollywood popular culture started me down a rabbit hole of thought and I ended up with this question: How do comics view a Judeo-Christian God? It is very clear, if you look at the characters of Wonder Woman and Thor, that gods do exist in comics. There are even more powerful beings in the comic book universes like Thanos from Avengers Infinity War, DC Comics “The Specter” and even “the Watcher” from the recent Disney What If? series.

That being said…where is God? I know that Captain America mentions “God” in the first Avengers movie in response to a conversation he’s having with the Black Widow in reference to Loki, an Asgardian demi-god: “There’s only one God, ma’am, and I’m pretty sure he doesn’t dress like that.”

How do comics view a Judeo-Christian God?

We could assume that he’s referring to Yahweh, but there is rarely deep intellectual follow-up in a Hollywood blockbuster. So where is Yahweh? Where is Jesus? I started my journey down the rabbit hole by doing a deep dive into the history of comic book divinity.

Gods in comics were primarily taken from the pantheon of Roman, Greek, and Norse gods, a la Wonder Woman, premiering in All Star Comics #8 in 1942 and Thor, premiering in Journey into Mystery #83 in 1962. Eventually both DC and Marvel sought to define their universe creation narratives. DC comics universe creation story varies. One version includes a big bang, whereas another more recent creation narrative involves something called a “World Forge” that created the multiverse. Marvel, however, adheres to the creation narrative where a god-being named “The One Above All” first created the multiverse, and then a being called the Living Tribunal, who was given authority to administer it.

“The One Above All” may be an indirect representation of Yahweh in the Marvel prime universe. The Marvel database describes him as “part of a group of life-forms that existed before the Multiverse, and who were the only sentient life at that point.” This is an obscure character referenced as “the supreme ruler of the Multiverse and the ultimate source of love and good.”

DC has a slightly different take on God. Writer Grant Morrison has mentioned in several interviews that He exists in several forms: the Monitor-Mind, the Overvoid, Jack Kirby’s the Source and something known as The Presence. These entities are mentioned on several different occasions but believed to be a composite of the same entity.

It was arguably Jack Kirby, the co-creator of many Marvel icons, including Captain America, the Fantastic Four and the X-Men, who had some of the most influence on comic book deity lore. Jack Kirby has his fingerprint on both DC and Marvel comics pantheon of gods. After over 30 years working for Marvel comics, in 1970 Kirby left after a contract dispute left him feeling unappreciated and went to rival company DC Comics. This is where he explored his love for mythology, creating his Fourth World saga that introduced The New Gods.

After some time at DC, Kirby returned to Marvel, where he continued his journey into divinity with the Eternals. Not to be confused with the New Gods who were a race of god-like beings in a forever war, the Eternals were a bit more nuanced. These were humans that were altered in primordial history by a group of giant aliens called Celestials to defend the Earth against their eternal enemy the Deviants. Neither of these properties came anywhere near to reflecting a Judeo-Christian view of divinity, however.

I was very curious about how Jesus was referenced, however. Believe it or not, Jesus is mentioned in both the DC and Marvel Universe. In the Marvel Prime universe, Jesus first appears in Bible Tales for Young Folk (1953). This was a more traditional, straightforward biblical recount of the life of Jesus. More recently, references to Jesus are more peripheral and borders on the mystic. The Spear of Destiny, rumored to be the actual spear that pierced Jesus’ side, is an artifact of great power sought by the likes of Doctor Doom. The Holy Grail is another such item.

Jesus also exists in the DC universe; Jesus first appears in Picture Stories from the Bible, New Testament (1944). He is referenced more recently, but the history has been altered. In Azrael: Killer of Saints (2010), Jesus was not resurrected; in the storyline, this was scientifically proven by the existence of the Shroud of Turin, supposedly hidden by the Catholic Church as one of its greatest held secrets used for control of the faithful. Jesus has also more recently appeared in the comic satire Second Coming, where He is sent by God to become the roommate of a superhero, Sunstar, to guide him on how to use his power more responsibly. This was originally slated to be published by DC but was soon passed on due to the controversial nature of the book. Second Coming was acquired by Ahoy Comics and released in 2019.

I believe comic book writers have been grasping at divinity but are not entirely sure what to do with it. Superhero stories like the Eternals are not unlike most comics which were derived from myths of eras past. Myths are a way for man to understand the supernatural. They are also a way to help define the human condition. Therefore, the concept of God does exist in comics. An all-powerful force undergirds the universe. This power is equivalent to omnipotence, something that many antagonists, like Thanos, crave.

This is not Yahweh, however. Our Judeo-Christian God is more than just power; He is a loving father seeking to reunite His wayward children back to Himself through His son Jesus Christ.

Will comics ever know what to do with Jesus outside of mystical items to be retrieved as tokens of power or satire? This will require an admission of a need for redemption and I’m not sure if that sells in the bookstores or the box office.

Dr. Barron Bell is the creator of the graphic novel DOMINION: Fall of the House of Saul. He writes on issues at the intersection of faith and fandom. He serves as a professor of Art and Design at Liberty University and George Fox University. DOMINION is available at www.terminusmedia.com.