Eric Metaxas, Russian Mole … and Other FAKE NEWS From His New Book 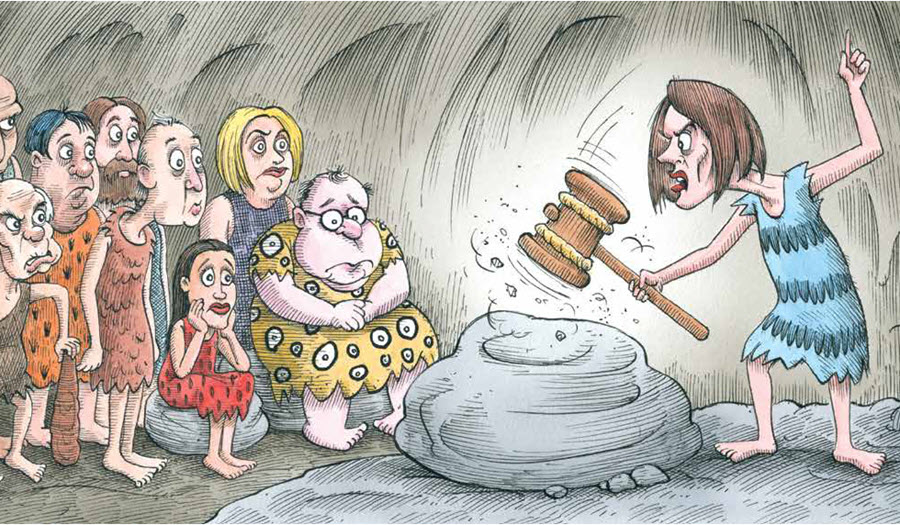 Eric Metaxas has a fun new book, just in time for the election season. Stream senior editor John Zmirak enjoyed it so much, he decided to interview his old friend Eric about it.

Zmirak: This is your third book aimed at getting little kids to support Donald Trump. But most of them won’t be eligible to vote for another 10 or so years. So they’d be voting for Trump to remain for a record-breaking fifth term in office. Has Team Trump told you something about the president’s plans that the rest of us should know about?

Metaxas: Et tu, John?!! This book is a humor book for adults! Of course it looks and sounds like a kids’s book, but that’s part of the genius humor of it! And it’s so gosh darn sweet that kids really can enjoy it, unlike the many foul-mouthed political parodies being put out by the Marxist left. So I just want to be clear that ADULTS are going to LOVE the political humor! And I know nothing about Trump’s plans for a third or fourth term, but let me say this: if I did know about that I wouldn’t be able to tell you, if you catch my drift, and I know that you do, so mum’s the word, old chum, eh? Just between us.

I bet you wrote this book while the worst thing the Democrats were doing was smearing the U.S. president and his team with treason against the United States, based on a groundless partisan dossier, and trying to imprison men like Gen. Mike Flynn based on doctored transcripts and forged FISA warrants. That failed, and now they’ve closed our churches, crashed our economy, locked us in our homes, and unleashed mobs of violent revolutionaries on our cities. Are you getting nostalgic for the halcyon, bi-partisan days of February 2020?

Funny you should bring that up, because, um, YES. Or “correct-o-mundo!” as they say in Venezuela.

What’s the pub date for the next book, Donald Shoots the Rioters?

On Fifth Avenue. You forgot that part. Ha ha. But we joke. It’s important to joke. While it’s still legal. Of course we know that when this president is re-elected in an embarrassing landslide the peaceful protesters are going to intensify their peacefulness dramatically by trashing and burning everything they can.

So we aren’t sure when things will be able to accommodate the publication of our next book. But thank you for asking. And on behalf of the illustrator and me, let me say that It’s vital that everyone buy THIS book first. And the other two that preceded it. They are ALREADY collector’s items! What are you waiting for???

Your Bonhoeffer book qualifies you as a bona fides historian of Nazi Germany. If you weren’t a public Christian, you could probably have swung a sweet job consulting for the Southern Poverty Law Center or something — certifying the Knights of Columbus and Operation Rescue as dangerous “extremist” groups. You could be giving TED talks in Davos. Maybe working for the Obama Library, stuffing Bill Ayers documents down the Memory Hole.

But you blew it, Eric. You blew it. I say this as a friend. 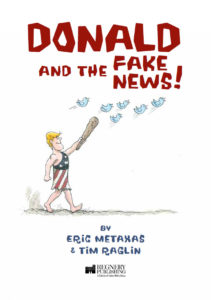 Seriously, though: By coming out early for Donald Trump as a candidate, you shocked and outraged a certain kind of person. I think some aggressively “winsome” Christian writers had to be briefly hospitalized, spending weeks of rehab on their fainting couches. You launched a dozen Patheos columns by supposed “Bonhoeffer scholars,” who accused you of acting like the German Christians who backed the Nazis.

Was it really worth it, Eric? Were all those tins of Russian caviar and Faberge egg omelets so tasty that you’d trade the respect of tenured “Christian feminists”? Do you have some lucrative side deal as future paintball coach for the Moscow campus of Trump University?

First of all, how in the world did you hear about the Moscow campus and my super sweet gig there? And I don’t know a thing about paintball! I assume it’s something Rothko invented, right? But yeah, that’s supposed to be under the radar, so please don’t mention it. 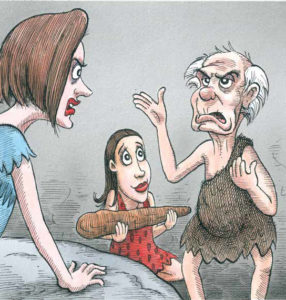 And as far as the former evangelicals who are still on their fainting couches over the idea that Christians should vote for the betterment of the society in which they live — actually they are now officially called “Divan-gelicals” — I am afraid they somehow think I’ve changed, but I haven’t. Circumstances changed, such that I’ve been somewhat more open about how I think Christians should respond politically.

When you are up against people trying to undermine the very foundations of your self-governing republic, you really ought to say and do SOMETHING. At least that’s my take. I wrote about Christians getting involved in politics in my Wilberforce bio Amazing Grace and in my Bonhoeffer book. Sometimes Christians need to lead in taking political action against dark forces. I believe we have come to such a time.

What’s the strategy, you think, behind the Democrats backing the rioters? A senator like Mazie Hirono refusing to register a single criticism of Antifa. Are they just scared of the armed and dangerous part of their political base? Or are they trying to scare the rest of us into voting for them? Michelle Obama as good as threatened Americans that if they didn’t pull the lever for the Secret Committee Formerly Known As Joe Biden (SCFKAJB) that the violence would get a lot worse.

I’ve very sorry to say YES, these mayors DO remind me of that. But it’s good to be reminded that what happened in Germany in the Thirties wasn’t an anomalous racial issue. Anyone in the human race — meaning not just Germans — is just as likely to be tempted to look the other way at evil; and yes, many are now falling into that same satanic trap, principally because of their ignorance of the principles of American liberty. 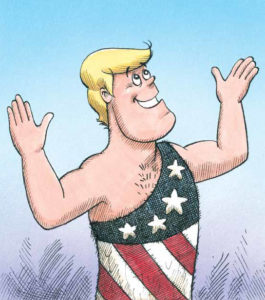 That’s why I wrote my book If You Can Keep It: The Forgotten Promise of American Liberty. I sincerely wish I could give a copy to every American. It’s a short summation of what we need to know to understand the extraordinary privilege of living in a country where the people really are free to govern themselves — and to make sure we do what is necessary to keep that fragile liberty. What’s happening now is a result of these basic things not being taught since the Sixties. High schoolers and Freshmen in college should be required to read it. It would save us all a lot of trouble going forward.

We were both born in Queens. I had the bad judgment to grow up there in the 1970s—you can watch the docudrama of my life they made last year. It’s streaming now. The title is Joker.

Now you’re living in the city that Bill De Blasio is rapidly turning back into a urine-soaked, bankrupt hellhole. You were there on the frontlines when the mayor was the last man at the gym, then two weeks later arresting Orthodox Jews and threatening to seize church buildings permanently. When Gov. Cuomo decided that his mama, Matilda, should be the only senior to survive the pandemic, if he could help it.

So regarding the city we both love, New York: If Biden wins what’s your exit plan? Back to Connecticut? Or maybe back to Greece? Croatia would give me citizenship if I asked for it. I think Greece would do the same for you.

If Biden were to win, it would mean that the Democrats stole the election. It’s their only hope, and I know they are working very very hard on making that happen. So if that were to happen I would quickly grow a beard, don a beret and join the Underground Sons of Liberty movement to see that they are eventually defeated and arrested and tarred and feathered and then sent to re-education kindergarten camps where the required reading includes Donald & the Fake News and my other fun books in the series. At first they probably won’t get the humor, but you can’t have everything!